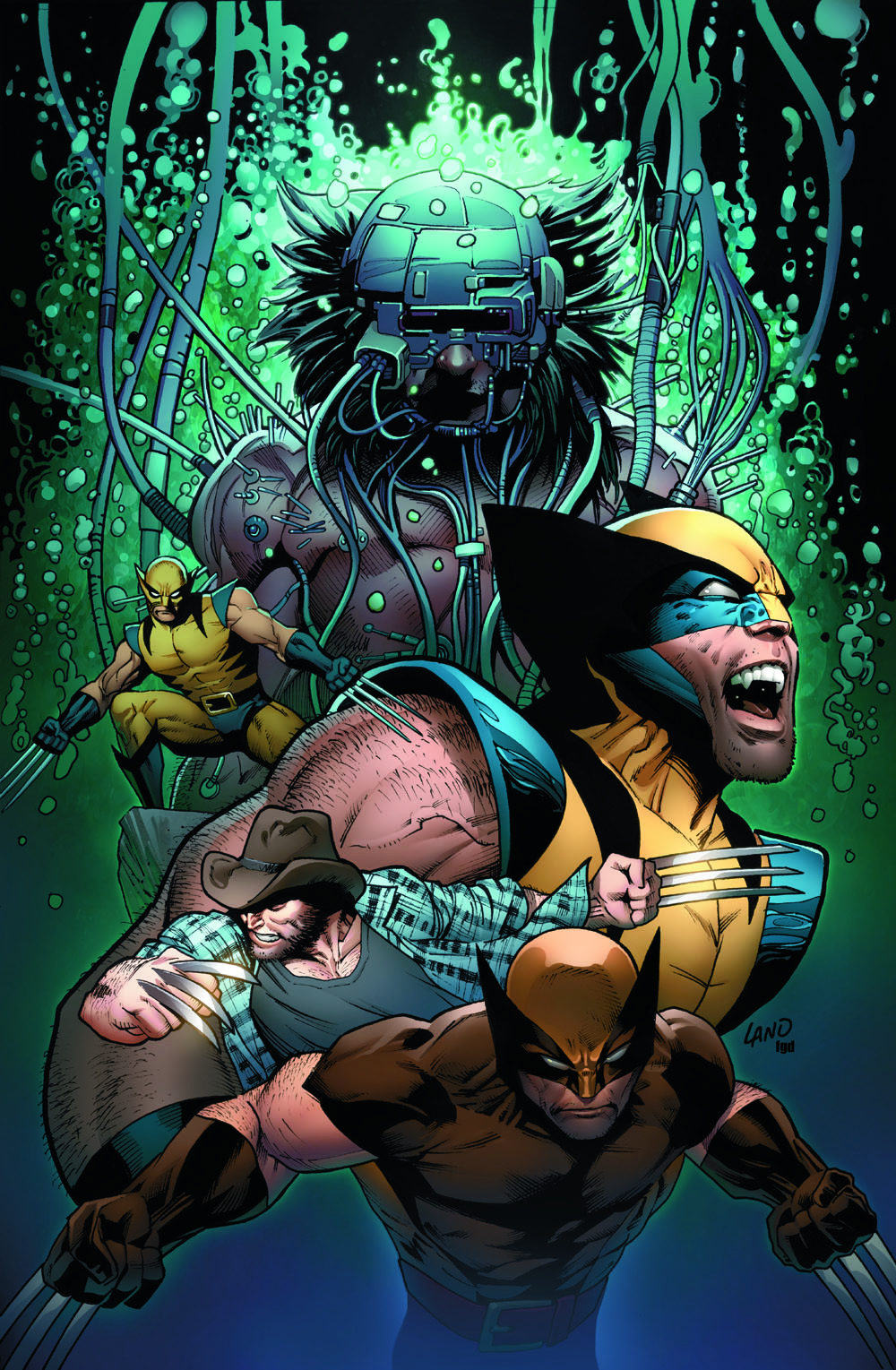 All things must come to come to an end. But before the climactic chapter of Death of Wolverine hits comic shops, Marvel is proud to present your first look at artist Greg Land and colorist Frank D’Armata’s epic Final Wolverine Variant to DEATH OF WOLVERINE #4! Gorgeously rendered in Land’s signature style, relive each era of Logan’s life in this one jaw-dropping cover.

Bruised and beaten from his repeated battles, Logan heads off to make his last desperate stand against his enemies – knowing he will not return. Witness the end of one of the greatest heroes in the Marvel Universe as he faces impossible odds one last time.

“Charles Soule & Steve McNiven are giving Logan a grand sendoff,” says Marvel SVP Sales & Marketing David Gabriel. “So we wanted to commemorate his end with one final image that speaks to every era of Wolverine. Greg Land did an amazing job of capturing each of the many faces of Logan – from his first appearance to the Weapon X program days and more.”

The epic finale is almost here. And no fan should miss out on adding this spectacular variant cover to their collection when DEATH OF WOLVERINE #4 hits comic shops on 10/15!