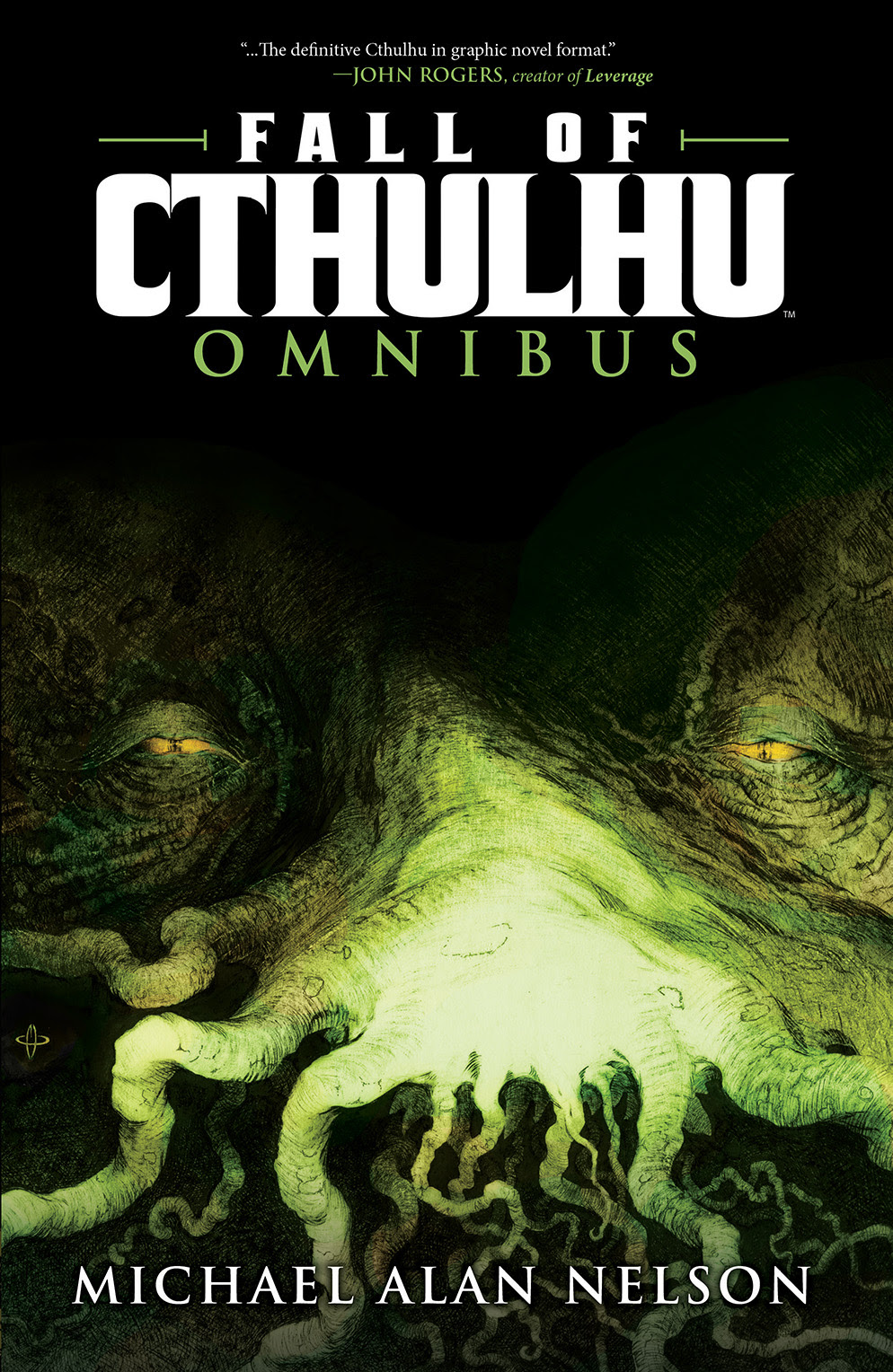 Award-winning publisher BOOM! Studios invites you to experience the apocalypse all over again with the collected edition of Fall of Cthulhu Omnibus from acclaimed horror writer Michael Alan Nelson (Day Men, Hexed). This 600-plus-page omnibus collects each of The Fall of Cthulhu volumes, including The Fugue, The Gathering, The Gray Man (which features the first appearance of Lucifer, star of Nelson’s new ongoing series Hexed), GodWar,Apocalypse, and Nemesis. Nelson, alongside artists Greg Scott, Mateus Santolouco,Mark Dos Santos, and more, created the first epic story for BOOM! Studios and is being reprinted in one grand collector’s edition for the first time. Nelson’s epic was hailed by Leverage creator John Rogers as “the definitive Cthulhu in graphic novel format.” Never before has H.P. Lovecraft’s world been presented in such an expansive and complex way.  now by then.

“Before he wowed the industry with HEXED, this is where Michael Alan Nelson got his start,” said BOOM! Studios Editor-in-Chief Matt Gagnon. “Fall of Cthulhu was one of BOOM!’s earliest hits, and still has a very devoted following. This enormous omnibus collects the entire horror epic in one amazing edition. We’ve had fans asking for this for years and we’re happy to finally be delivering one of the most comprehensive collections of the crawling chaos that has ever creeped into comics.”

Fall of Cthulhu Omnibus arrives from BOOM! Studios in comic shops on October 29thwith a cover illustrated by Tyler Walpole and a cover price of $39.99 under Diamond Order Code AUG141165. Final orders are due on October 3rd so fans who want to be guaranteed a copy should let their local comic shop know by then. Not sure where to find your nearest comic retailer? Use comicshoplocator.com or findacomicshop.com to find one! It’s also available for order directly from boom-studios.com.