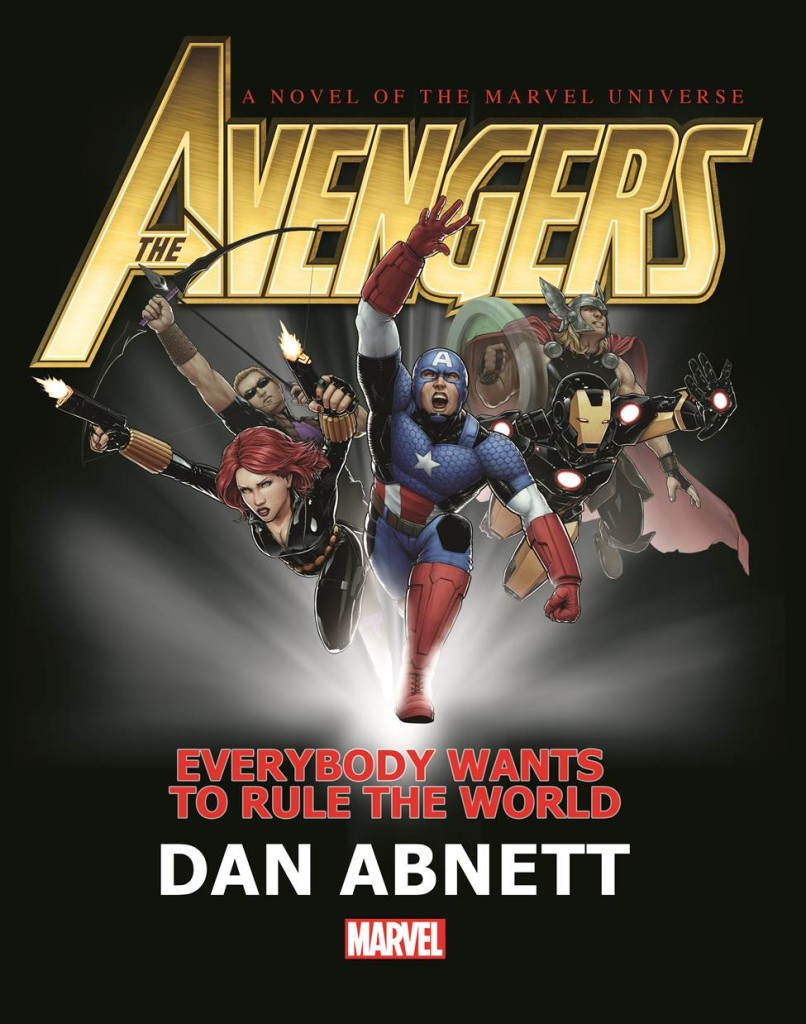 The adventures of Earth’s Mightiest Heroes can be found in the pages of Marvel Comics every week, but now the Avengers are out to conquer the world of prose! Marvel is proud to announce AVENGERS: EVERYBODY WANTS TO RULE THE WORLD, the newest in the growing line of Marvel prose novels! Following the release of 2014’s Rocket Raccoon and Groot: Steal the Galaxy, New York Times-bestselling writer Dan Abnett returns for Marvel’s second original novel! Scheduled for release in April 2015, just in time for the Avengers’ return to the big screen on May 1st in Marvel’s Avengers: Age of Ultron, this action-packed prose adventure follows Earth’s Mightiest across the universe!

The Avengers have fought their fair share of dangerous and deadly foes. Are they prepared to face them again – all at once?! In Berlin, Captain America battles against the forces of Hydra. In the Savage Land, Black Widow and Hawkeye attempt to foil the maniacal plot of A.I.M. In Washington, the Invincible Iron Man battles the robotic hordes of Ultron. In Mangapore, Bruce Banner and Nick Fury do battle against the High Evolutionary! The attacks can’t all be a coincidence—but who, or what, is behind them?

“Marvel Prose Novels offer a whole new way to experience the Marvel Universe,” says Marvel SVP Sales & Marketing David Gabriel. “Who better to bring the Avengers to life for an original prose novel than Dan Abnett? This one is crammed cover to cover with the action Marvel fans love.”

Brought together to fight the foes no single super hero could withstand, what hope do the Avengers have when they’re scattered and separated, forced to battle legions of their deadliest foes? Strap in for a tale unlike any other when fan-favorite scribe Dan Abnett takes the Avengers for a spin in their first, ever original prose novel: AVENGERS: EVERYBODY WANTS TO RULE THE WORLD!