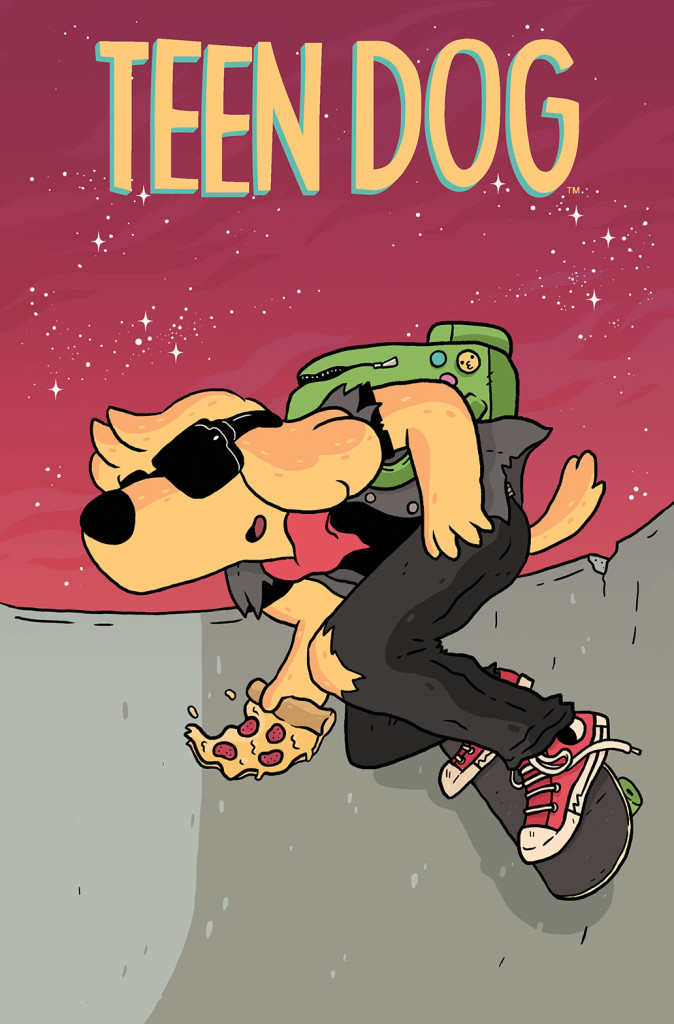 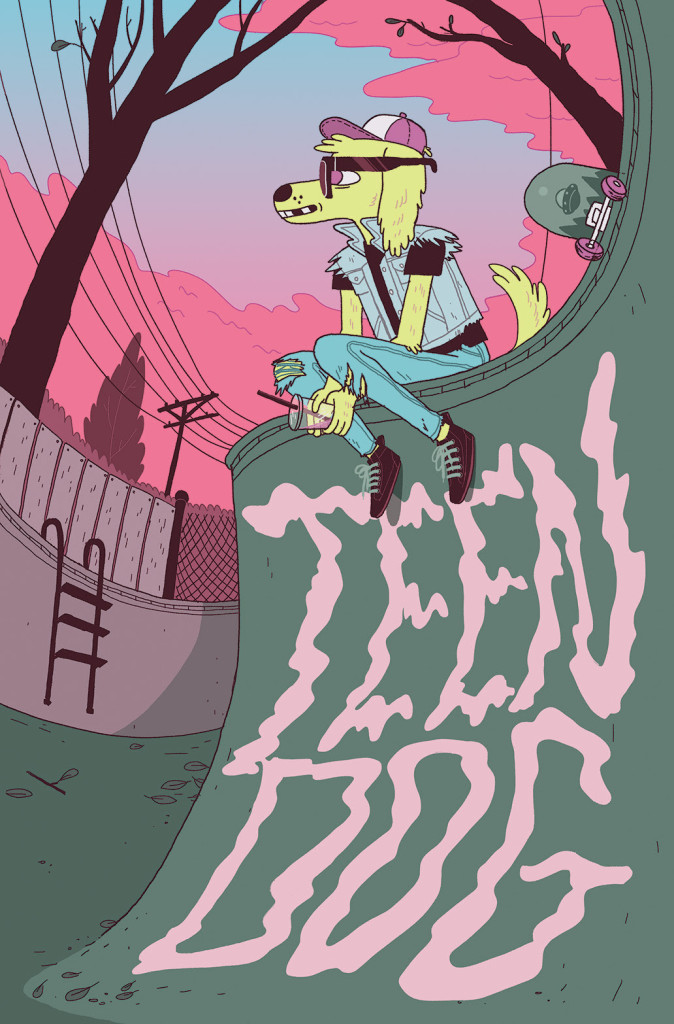 Award-winning publisher BOOM! Studios is excited to announce the September debut of TEEN DOG, the newest title to join the publisher’s imprint, BOOM! Box, where comics are kept weird and made for the love of it! Created, written, and illustrated by emerging web cartoonist Jake Lawrence, TEEN DOG is the cool guy you always wanted to be in high school, à la Michael J. Fox and Ferris Bueller, except he’s a dog in a rad denim vest. Each issue contains short vignettes featuring Teen Dog, his best friend Mariella, Thug Pug, Sara the star quarterback, and many more. Teen angst and whimsical adventures collide in this new series that combines the feel of John Hughes movies with ‘90s Nickelodeon cartoons.

“Teen Dog. TEEN. DOG. Need we say more?” said BOOM! Studios Editor-in-Chief Matt Gagnon. “Our new BOOM! Box imprint is becoming a home for some of our favorite cartoonists and storytellers, many of whom are coming over to print for the first time. Jake, like many of our other BOOM! Box creators, has built up his audience on Tumblr. We’re continuing to carve out a place where quirky, silly, and just outrageously fun and experimental comics can thrive in print.”

Skateboards, football games, prom…your teenage years have got nothin’ on the raddest dude that’s ever graced a denim vest. Written and illustrated by Jake Lawrence (Time Cowboy), join Teen Dog and his best friend Mariella as they tackle typical teen life with a manic twist. Growing up is an adventure, and you might as well rock it!TEEN DOG #1 arrives in comic shops on September 10th with a cover price of $3.99 under Diamond order code JUL140989. A variant cover by Jen Lee will be available in limited quantities. Not sure where to find your nearest comic retailer? Usecomicshoplocator.com or findacomicshop.com to find one! It’s also available for order directly from boom-studios.com.