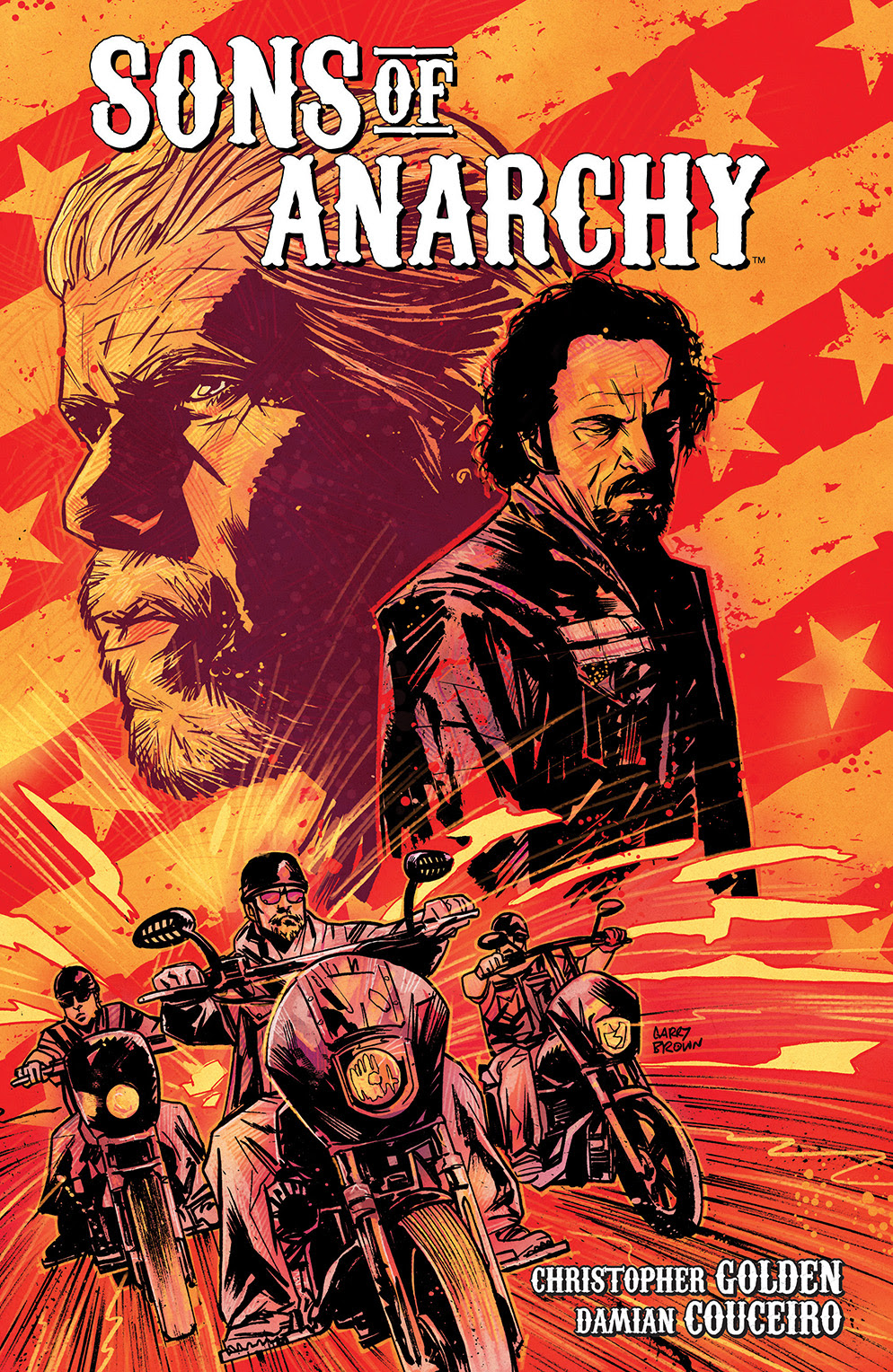 While we’re all waiting on the edge of our seats for Season Seven of Sons of Anarchy to start, I’d like to tell you how excited we are to announce the September debut of the Sons of Anarchy Vol. 1 trade paperback. Written by New York Times bestselling author Christopher Golden (Hellboy, Buffy the Vampire Slayer) and illustrated by Damian Couceiro (Planet of the Apes), this collection includes the first six issues of the ongoing comic book series and runs parallel with Season 5 of Kurt Sutter’s hit television series on FX, expanding the complex and gripping world of SAMCRO.In this Volume 1 collection, which contains a complete story arc, a troubled girl named Kendra with nowhere left to turn finds herself back in Charming in desperate need for help. When the Sons of Anarchy realize she’s the estranged daughter of an old member, Tig rallies the club to offer protection. But if SAMCRO wants to keep themselves and Kendra out of an early grave, they’ll have to step into the line of fire and put alliances aside to do what’s right.The on-sale date for Sons of Anarchy Vol. 1 TP is September 17th with a cover price of $19.99 under Diamond order code JUL140980 and ISBN number 9781608864027, with a cover illustrated by Garry Brown (Planet of the Apes). You can see the cover image under my signature below.