In its first year at IDW, The X-Files Season 10 has pitted FBI special agents Mulder and Scully against monsters, cults, conspiracies, and more, and now the duo will unravel a mystery that dates back to the very beginning of “the X-Files.” The brand-new five-issue miniseries, The X-Files: Year Zero, debuts this July with an original tale suited for both X-Filesdiehards and mystery fans alike! 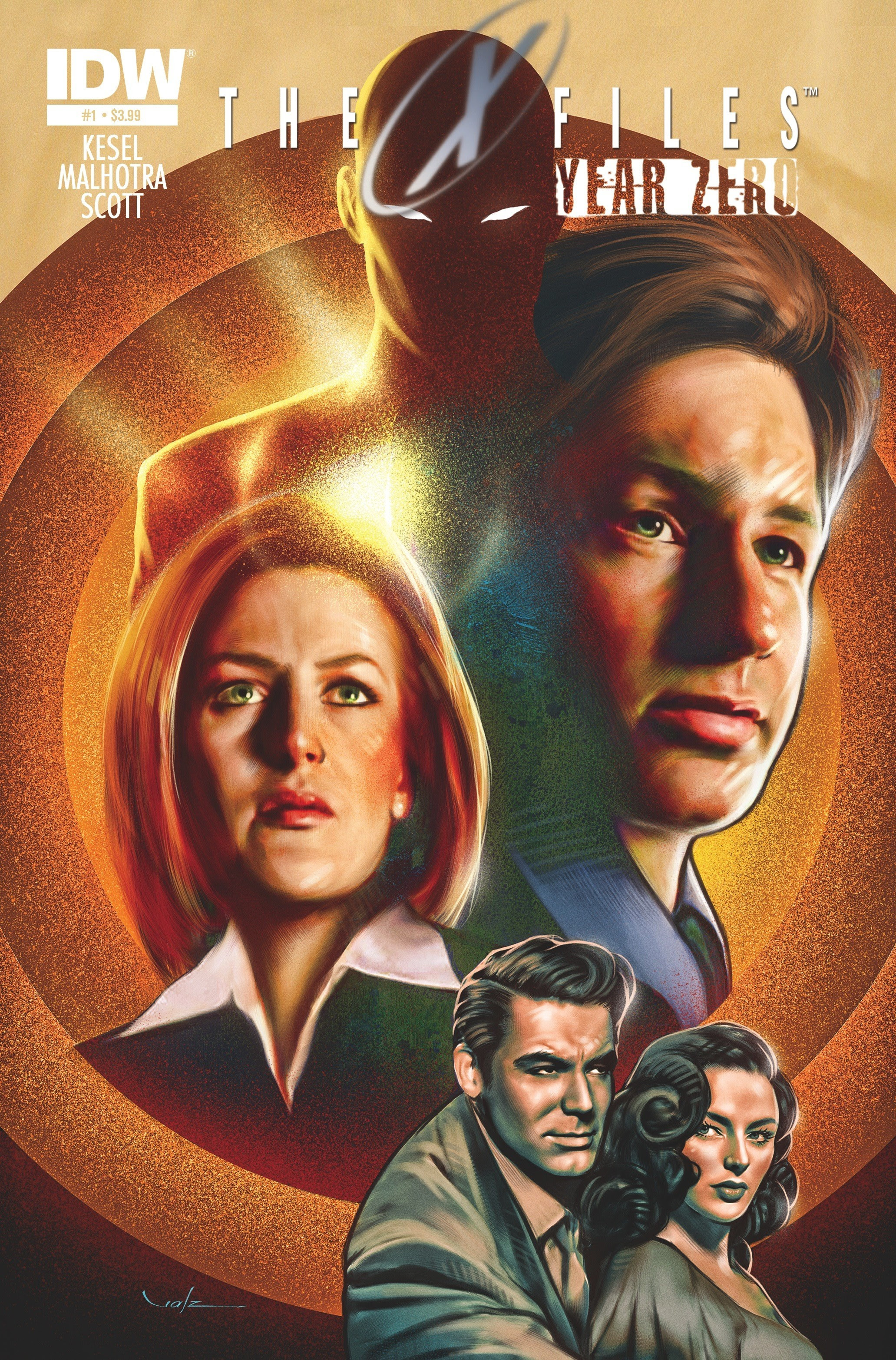 In the 1940s, a shadowy informant known as “Mr. Xero” directed the FBI to a number of paranormal cases that would soon be classified as “X-Files,” which were reserved for the improbable and unexplainable. When faced with an eerily similar “Mr. Zero” in the present, Agent Mulder resolves to uncover the truth about who this mystery person is and their connection to these cases. The multi-talented veteran Karl Kesel (FF, Superboy) makes his debut at IDW as the writer on the series. Vic Malhotra (The X-Files: Conspiracy: The Crow) andGreg Scott (The X-Files: Season 10) will be splitting art duties with Malhotra providing the art for the 1940s sequences and Scott drawing the present day storyline. Covers will be provided by Season 10’s Carlos Valenzuela, with pulp-novel-inspired subscription variants by Robert Hack (Doctor Who) and a retailer incentive cover by Eisner Award-winner Francesco Francavilla for the first installment. “The origins of the X-Files unit of the FBI were only hinted at in the TV show, and we’re proud to present the story of how the precursors of our favorite paranormal agents established the division in the late 1940s,” says editor Denton J. Tipton. “I think Bing and Millie will become fan-favorites alongside Mulder, Scully, Reyes and Doggett.” “I’ve always thought the 40s would be a wonderful setting for X-Files, with the Russian red menace, atomic mutations and flying saucers all lurking in the shadows— what I like to think of as ‘UFO Noir.’” said Kesel from an undisclosed location. “Of course, iconic characters like Mulder and Scully are a joy to write, and being given the opportunity to introduce their predecessors— Bing Ellinson and Millie Ohio— well, the truth is it’s all a little unbelievable to me. But the unbelievable is what X-Files is all about, isn’t it?” With an upcoming board game from IDW Games, the ongoing Season 10 series, and now this new adventure into the past, IDW is the essential stop for fans of The X-Files! Stay up to date at facebook.com/idwpublishing!