From the author of the acclaimed novel Ancient Rising, JC De La Torre, comes the intergalactic epic, Star Mage! A stellar mix of two unlikely genres, this series will be essential for readers of all ages! 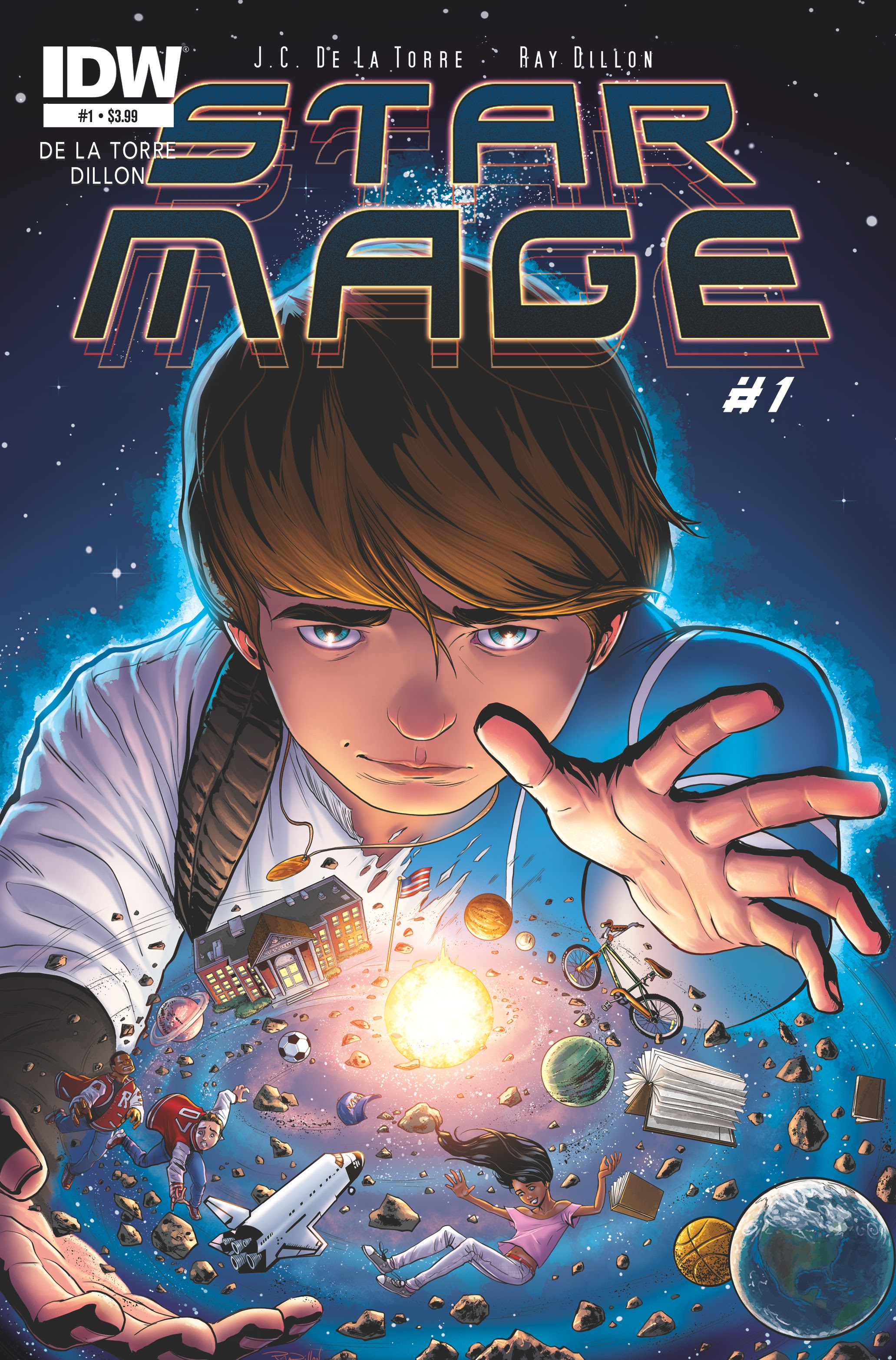 Star Mage offers a unique take on the coming-of-age tale as Darien Connors learns about his peculiar heritage and the powers that come with it. With a war looming between two alien races of necromancers, Darien will be cast into a world of wizardry, warfare and wonder.

Written by JC De La Torre, Star Mage will feature covers and interior artwork for issue #1 by Ray Dillon and picking up with issue #2 art duties will be taken over byFranco Cespedes. De La Torre released the breakneck novels Ancient Rising and Rise of the Ancients: Annunato critical acclaim, pitting the ancient Gods of old against mankind. Dillon’s work has been featured on a number of IDW covers including Mars Attacks, The Last Unicorn, &Borderlands: Origins.

“Star Mage has been a project I’ve passionately worked on for two years,” says JC De La Torre, “Teaming with the excellent folks at IDW has been a dream come true and I can’t tell you how excited I am to see us finally make our debut. With the beautiful artwork of Franco Cespedes and Ray Dillon and a story that fuses magic with spaceships, aliens and even mixes in social issues like bullying, I’m hopeful that not only will the fandom accept Star Mage as an impactful contribution to comic book history but grow to love the tale of Darien and his peculiar friends.”

Look for this star-studded adventure to hit shelves this April!