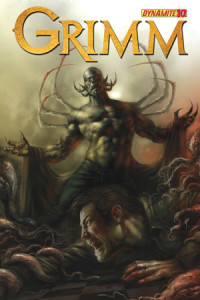 When Nick is injected with a lethal poison, he finds himself under the control of a mysterious new foe, and is forced into completing herculean tasks in order to get the antidote… or die trying. The Labors of Grimm begins!

Dynamite’s comic series Grimm is a shining gem in the river bed of comics based on television properties, let alone active, thriving properties such as the NBC series Grimm.  The monthly ongoing comic not only recognizes and embraces the mythology set down by the show but it expands and adds onto it.  I have been a fan of the series since the pilot (actually probably since the first trailer) and the Dynamite comic is such a natural extension of the show that I wouldn’t be surprised if the writing team on the comic and the show meet regularly to discuss direction and details.

In this arc, Nick and his crew have to try to outsmart Silvio, a Wesen “mobster” of sorts and they need to do it before our favorite Grimm because his unwilling puppet.  The writing is top notch – they nail the personalities, drive and interactions of the characters.  This story is written with detail and story-entrenched-synchronicity that I absolutely believe it could easily transition into a live action multi-episode arc.  If there is any negative to the series and issue it fall with the visuals.  While the art is overall very solid and competent, it tries very hard to convey the dark / brooding side of this adventure story through heavy inking and shading.  Unfortunately, on occasion this has an impact on the reader’s ability to interpret actions or differentiate between characters.

The Bottom Line: A Great book and a must read for all Grimm fans! 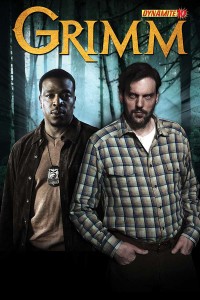 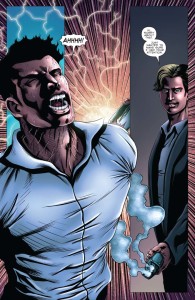 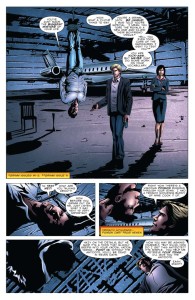 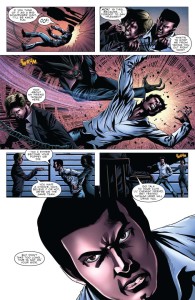 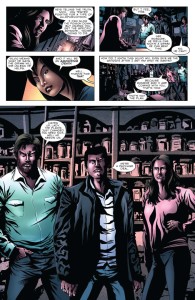 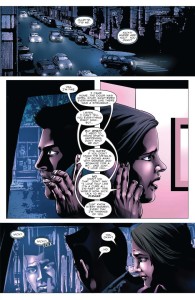