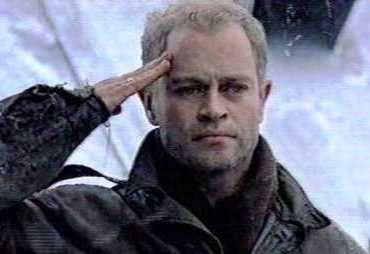 Neil McDonough is known to be “That Guy” in movies and TV shows.  No one really remembers his name or where they’ve seen him, but they know he’s in lots of stuff and is a pretty good actor.

Now he’s been cast is the number two guy of S.H.E.I.L.D in Captain America: First Avenger.

McDonough has been seen in Star Trek: First Contact and a crew member who got borged, the bay guy in Dwayne Johnson’s Walking Tall, the Syfy mini-series Tin Man, some time on Desperate Housewives, and my favorite roll as “Buck” Compton in the awesome Band of Brothers.

I just hope we see the bowler hat.