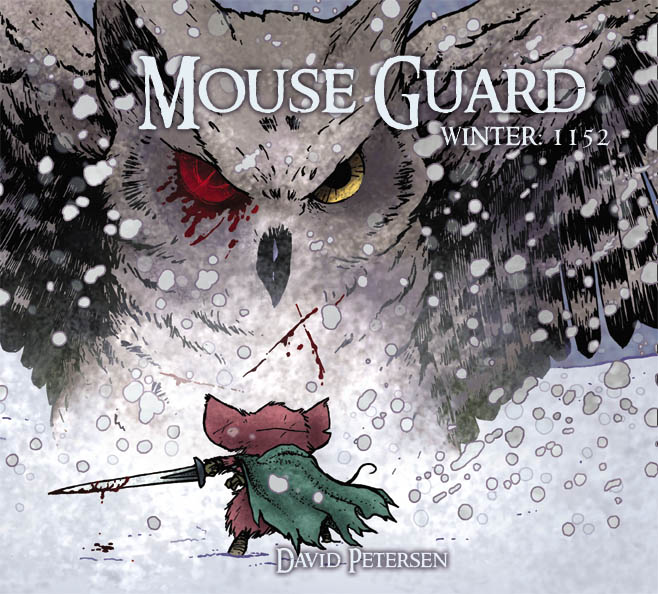 This is the all out action issue of Mouse Guard!  for those living in a whole for the past five years. Mouse Guard is David Peterson’s world of humanized animals living in a feudal time period.  Where most all animal (especially mice) centered stories are heavenly marked to younger readers, Mouse Guard is complex literature told through sequential story telling.

Blood is flowing on the frozen tundra the battle between Celanawe (The Black Axe) , Lieam, and the one-eyed owl rages on. Frozen, broken, bleeding, and tired. The mission to get medication to Lockhaven had become one of basic survival. Meanwhile, beneath the surface in the abandoned weasel kingdom of Darkheather, Saxon rejoins his companions Sadie and Kenzie as they may have discovered a way home. While this cold season comes to an end, the finest Guardsmice near the end of their mission.  And it’s one that not everyone will live through.

As always, David Petersen hits the art and story out of the park.  If you are not reading Mouse Guard, either in collected trades or issue by issue, you are dumb.