JK’s Thoughts: Wow, this is great for Marvel. I’m a fan of Alex Ross and if you like him or not, he’s someone who has done much for pushing comic into the eye of the mainstream. Now I want me some Alex Ross THOR!!

Marvel Comics is proud to announce that industry legend Alex Ross—who broke new ground with his seminal Marvels limited series—will return to Marvel Comics in 2008 with a brand new project—Avengers/Invaders. Set in current continuity and featuring Marvel’s mightiest heroes from the past and present like never before, this 12-issue limited series will reunite the award winning writing team of Alex Ross and Jim Krueger (Earth X, Universe X) for their first Marvel project in over five years! Ross will also provide covers for all 12 issues, in addition to character designs for the series, which will be penciled by fan-favorite Steve Sadowski.

“It’s great to have Alex back at Marvel,” said Publisher and President Dan Buckley. “His passion and talent have brought our industry some of its most memorable stories in recent times, changing the very face of comics. With Avengers/Invaders, Alex is mixing the past with the present to create a story unlike anything seen before, which will reverberate through the Marvel Universe for years to come.”

The series will be packaged by Dynamite Entertainment, whose President Nick Barrucci explained, “It’s been quite a ride, but this is just the beginning. The fun part is packaging the story, and being involved in the process. I hope the fans enjoy the ride as much as we do!”

For exclusive interviews with the creative team and all the latest news on this exciting new project, please visit http://www.marvel.com. 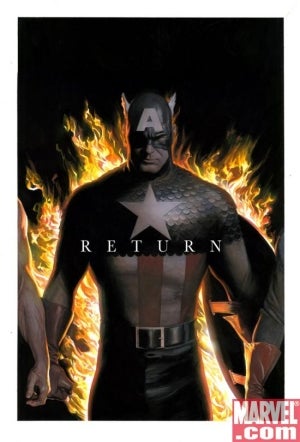