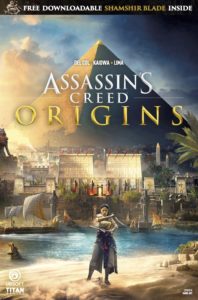 Those unfamiliar with the Assassin’s Creed universe will not gain any particular insight by reading this first issue of Titan Comics new miniseries based on the franchise, but that’s ok. Thanks to the deft storytelling by Anthony Del Col and great work by PJ Kaiowa you don’t need to understand the mythos to enjoy a good story.

So here’s the plot, and be warned, it’s spoilery: Based on the plot of the final act of the Oct. 2017 video game, the action picks up in the city of Rome, where protagonist Aya has engaged with a faction that would see her assassinate Julius Caesar.

It is unusual for a tie-in comic to so overtly cross over into the territory of the canon, but at this point, one has to wonder if those who were ever going to be spoilt hadn’t already been. After all, the game came out a good six months ago.

However, the story remains compelling, and the art and iconography of the Assassin’s Creed mythos is maintained throughout.

It’s a good read, and it shines as an example of tie-ins done right. If Assassin’s Creed: Origins left you wanting more, this miniseries is likely to satiate you.

Good on, ya, fans of the franchise, you’ll love it. This is a thing you’ll enjoy. Also, free DLC.  Everybody else? You’ll probably enjoy it as well, but you may need to work harder at it. That’s not too much to ask for a story with this kind of depth.

This is only the beginning and Assasin’s Creed: Origins #1 sets a high bar for the rest of the series. 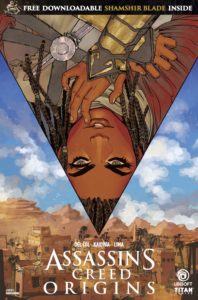 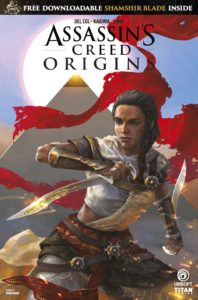 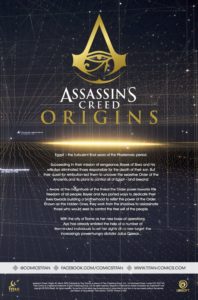 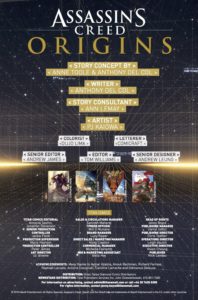 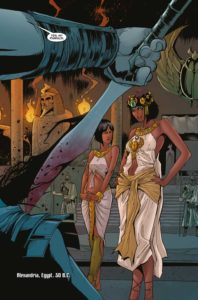 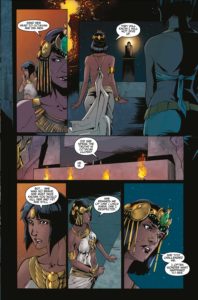 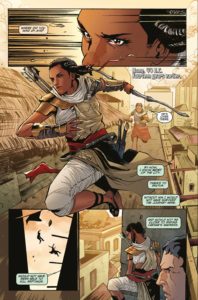 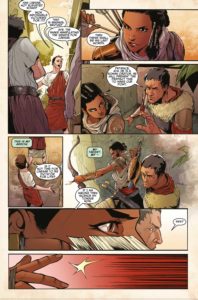 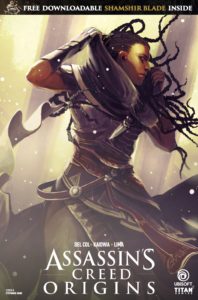