This June, BBC Worldwide Americas and Titan Comics are excited to announce that the Seventh Doctor is back, in comics! This brand-new three-part comic series stars the Seventh Doctor, as played by Sylvester McCoy, alongside classic companion Ace (Sophie Aldred).

Actor Sylvester McCoy starred as the Seventh Doctor from 1987 to 1989 anchoring hundreds of novels and comic strips before regenerating in the 1996 TV movie. As well as this new comic, the Seventh Doctor’s era lives on in a tremendously successful series of audios from Big Finish. McCoy’s portrayal as the Doctor was, at first, a light-hearted eccentric who darkened into a secretive, mysterious, and cunning planner across the course of his tenure.

In Titan Comics’ new mini-series, an unknown alien intelligence in orbit around the Earth. Astronauts under attack. A terrifying, mysterious landing in the Australian interior. The future of the world itself at stake. Counter Measures activated. The Seventh Doctor and Ace are slap bang in the middle of it all! This is OPERATION VOLCANO!

Ben Aaronovitch and Andrew Cartmel return to the TARDIS, on the 30th anniversary of fan-favorite episode “Remembrance of the Daleks” with The Seventh Doctor comics, and are joined by illustrator Christopher Jones (The Third Doctor) and colorist Marco Lesko (Robotech, The Ninth Doctor) to bring astonishing twists and turns to the lives of the Seventh Doctor, and his companions, with Titan’s new comic series.

The debut issue comes with four variant covers to collect: three art covers by artists Alice X. Zhang, Simon Myers, and Christopher Jones, and a photo cover by Will Brooks. The Seventh Doctor will also materialize with a back-up strip written by Twelfth Doctor scribe Richard Dinnick, with art by Jessica Martin (Actor: Doctor Who: The Greatest Show In The Galaxy, Voice actor: Doctor Who: Voyage of the Damned).

Retailers can order issue #1 of Doctor Who: The Seventh Doctor from the April edition of Diamond PREVIEWS. This all-new storyline in the world of a classic will delight longtime fans and freshly converted Whovians alike. Fans can find their nearest comic store at ComicShopLocator.com.

Doctor Who: The Seventh Doctor #1 Cover A: Alice X. Zhang

Doctor Who: The Seventh Doctor #1 Cover B: Photo 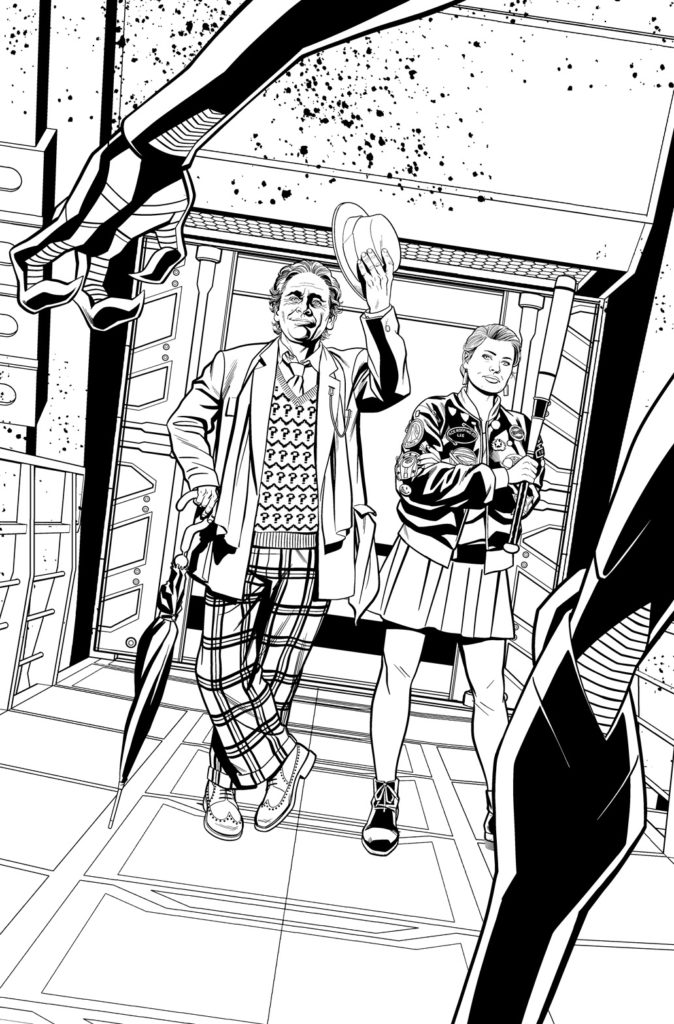 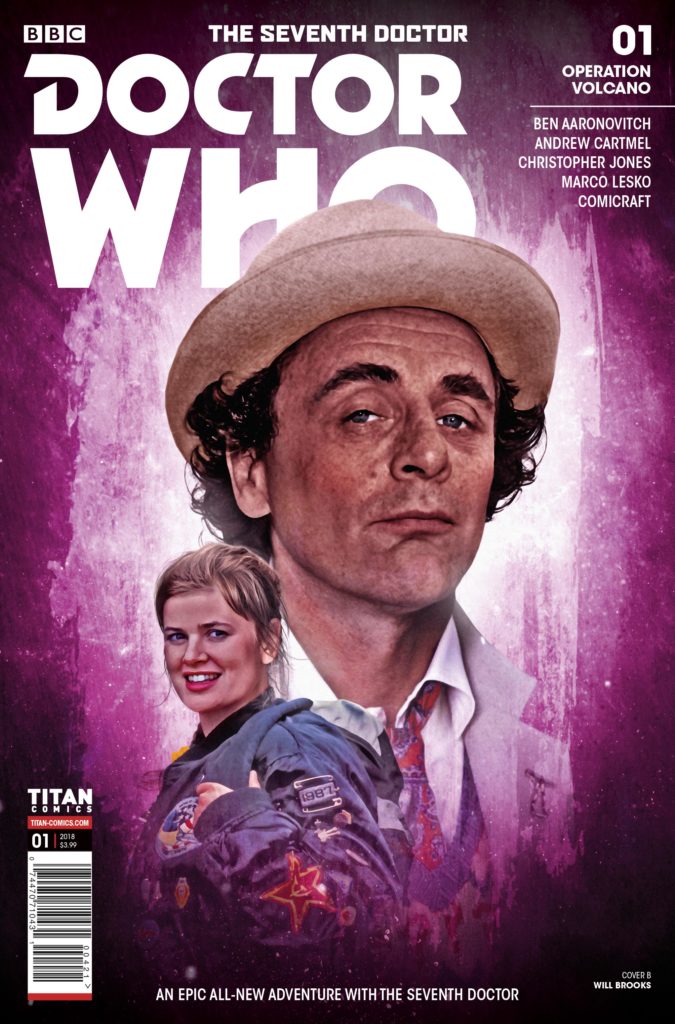 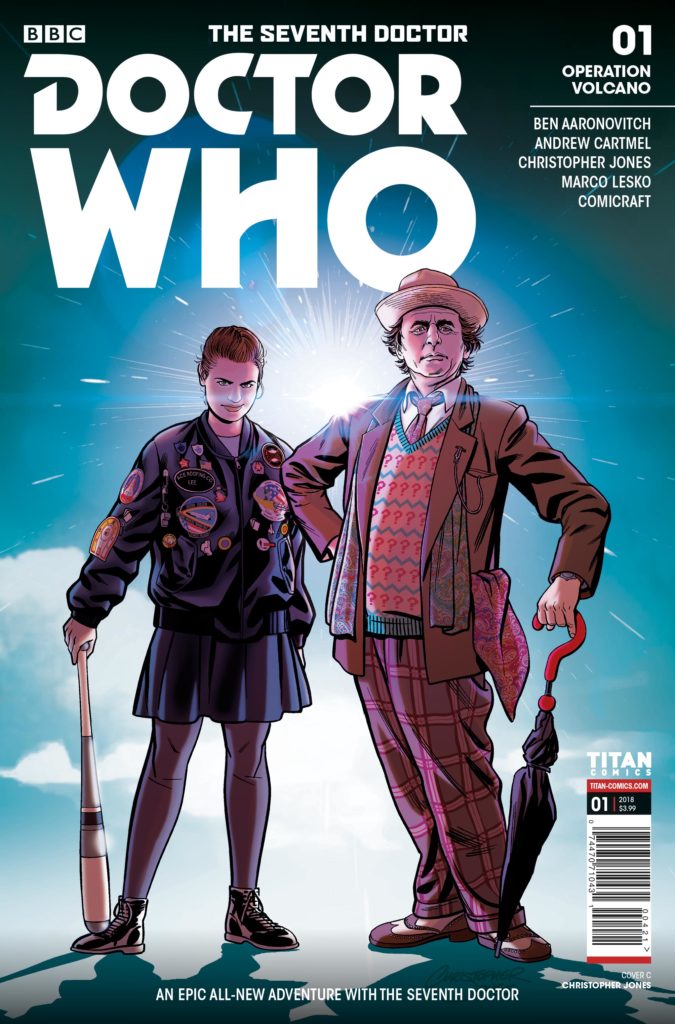 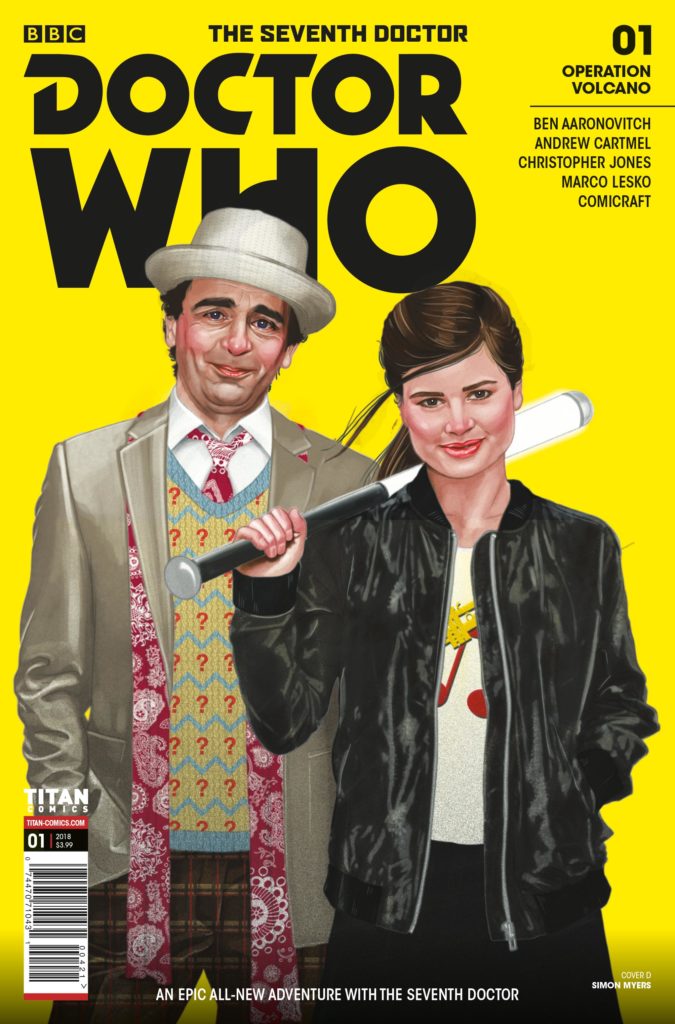