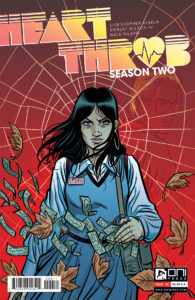 Callie was the girl with the heart defect. She got a transplant – a totally new procedure in the mid-1970’s – and was screwed over by the insurance company that she worked for due to a technicality. Her boyfriend started strategically dating someone else during her months of recovery. Then she started doing things that were quite UNLIKE herself. She’d drink, smoke, get in fights, and started pulling off some small crimes. He big change was her heart donor, Mercer, who was somehow in her head as well as her chest. He was a thief and a con man, and taught her everything he knew. Can you love the man whose heart beats in your chest? After a while he got jealous at how much better she was at this gig than he was. She pulled off one last big score, and ended Season One by getting out of the US and heading to Canada to have a “normal life,” excising Mercer in the process.

Heartthrob Season Two opens up with Callie now going by “Stevie” (in tribute to Stevie Nicks), going to college and working at a book store. She shares a house with the revolutionaries that she hooked up with back in the States and her driver Scout. They are still pulling small jobs to pay the rent, but without Callie. She still feels Mercer’s presence sometimes, but it’s faint and no longer controlling her. She’s even managed to go out on a few dates. Canada has been good for her. But her friends got cocky and now they need her help to get them out of trouble. They need the old Callie back.

Sebela puts back on the leisure suit of the late 70’s to create this space of chill. There’s just enough self-doubt and awkwardness to keep it in a real space, but these are the people we wish we were cool enough to know. His Callie knows she wants something else in life, but is still discovering who she is without Mercer. She’s living and breathing, both in the story and from the page. Wilson’s art picks up the groovy disco-era life of crime, but in a real and sometimes gritty way. Filardi’s colors are still vibrant, but slightly muted from the Season One, indicating Callie’s slightly less madcap existence.

If you haven’t read Heartthrob Season One, a quick synopsis is given so that you’re up to speed right away so you don’t necessarily have to read it to understand what’s going on in Season Two. However, reconsider buying it and reading the collection because it’s a hell of a tale, and it’s only going to get better in Season Two. Now lets Farrah Flip our hair and drop a needle on Rumors, because life doesn’t get more groovy than this. 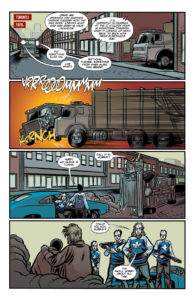 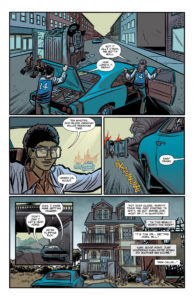 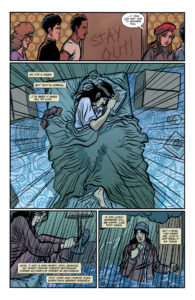 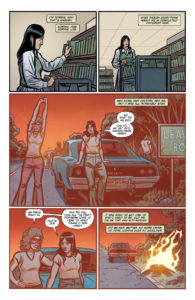 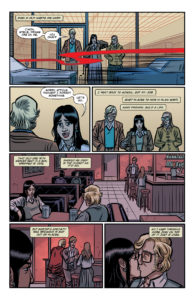 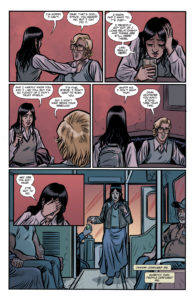