At Gencon this year, I got to play test this – quick to learn, fun to play – A blast you should get in on the ground floor on! 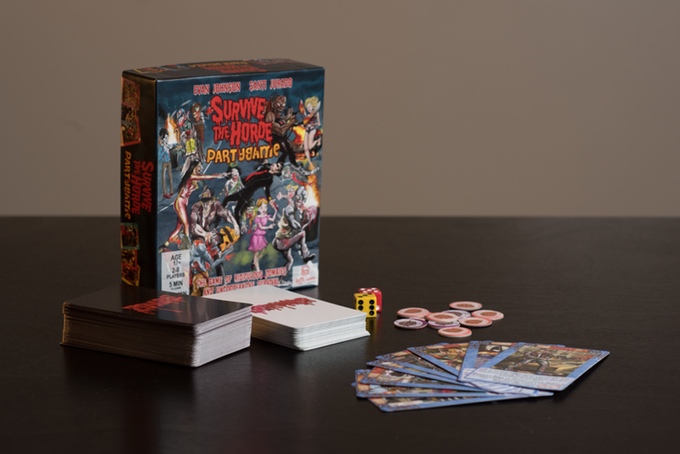 Survive The Horde will be launching Kickstarter on October 21st at 7:00 am PST.

Laffgasm Games is seeking funding on Kickstarter for their new game Survive the Horde Party game. Game lovers have praised the funny theme, amazing art and the playing undead mechanic. Players looking for colorful adult humor, something easy for new players to learn and something different in the part game category will love this game.

Survive The Horde has been rigorously play tested and hundreds of attendees played the game at Gen Con this year. The art took over 1.5 years to complete and was completed by a single artist. The game features over 150 large full color cards. Only 10/150 are doubles and typically games only use about half of the card which adds a lot of replay value. The Kickstarter Campaign will feature the game at $25. The campaign also feature an add on with 10 additional cards that feature more adult content and humor called the Adult Apocalypse add on for $30 USD. There are 2 retail options for 6 games at $95 and another one that comes with the Add on for $110. For the Hardcore fan we offer a reward that will create a playable character card of them that can be played in the game for $250. Shipping costs vary but start at 5$ for us backers.  We are also throwing in a Survive the Horde Comic book to all backers and people who join our e-mail list.

Survive The Horde is about 8 characters fighting off Ridiculous zombies that seem to have taken on the stereotypes of their occupations and interests. These Zombies have personality, attitude and will do anything for your brains.

The characters must be the last to survive these zombies to be the last survivor and most of the time means sabotaging other players. Traditional zombie killing techniques are out window and replaced hilariously unconventional methods.

In Survive the Horde you select 1 of 8 characters, each with a backstory and a player power as well as an agreed upon amount of brain chips. You will draw cards from a deck of zombie cards and gain survivor deck cards that are used to help you survive and sabotage other players.  Over time players will start becoming undead and winner is the last player to have at least one brain chip left while all other players are zombies. 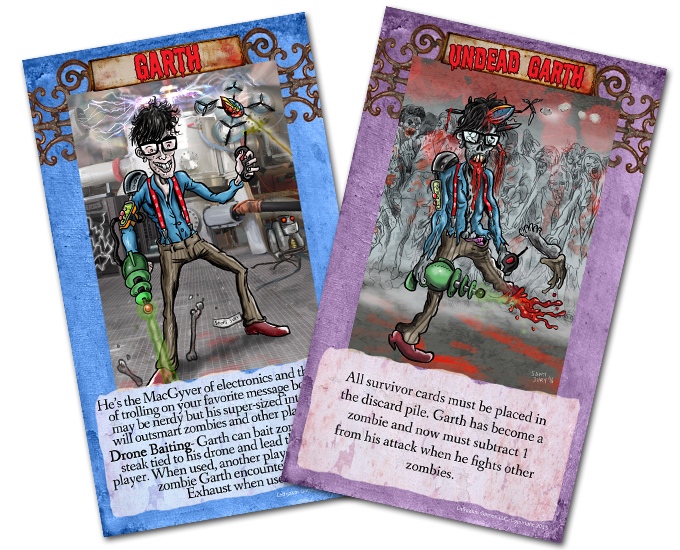 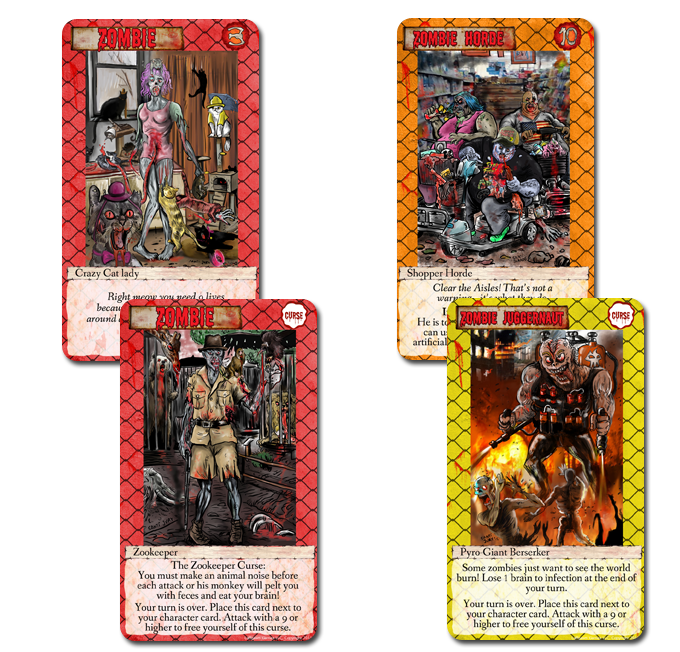 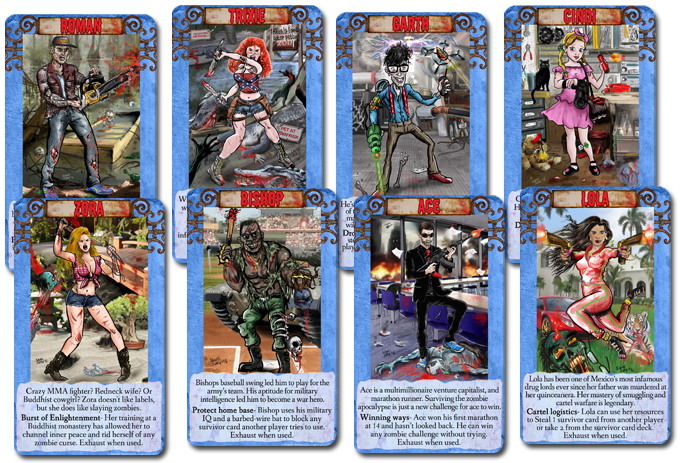 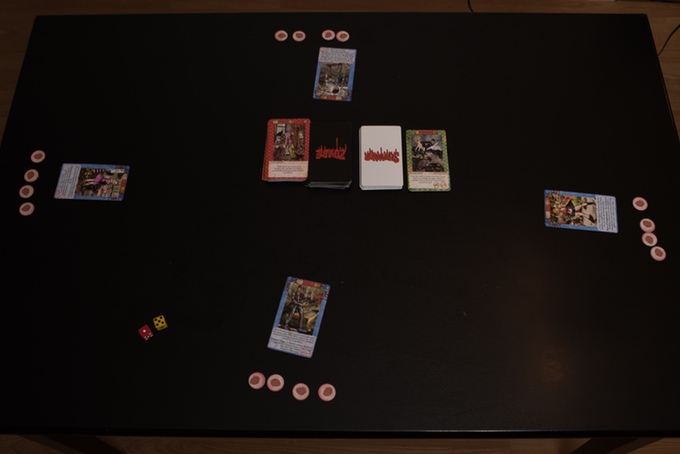