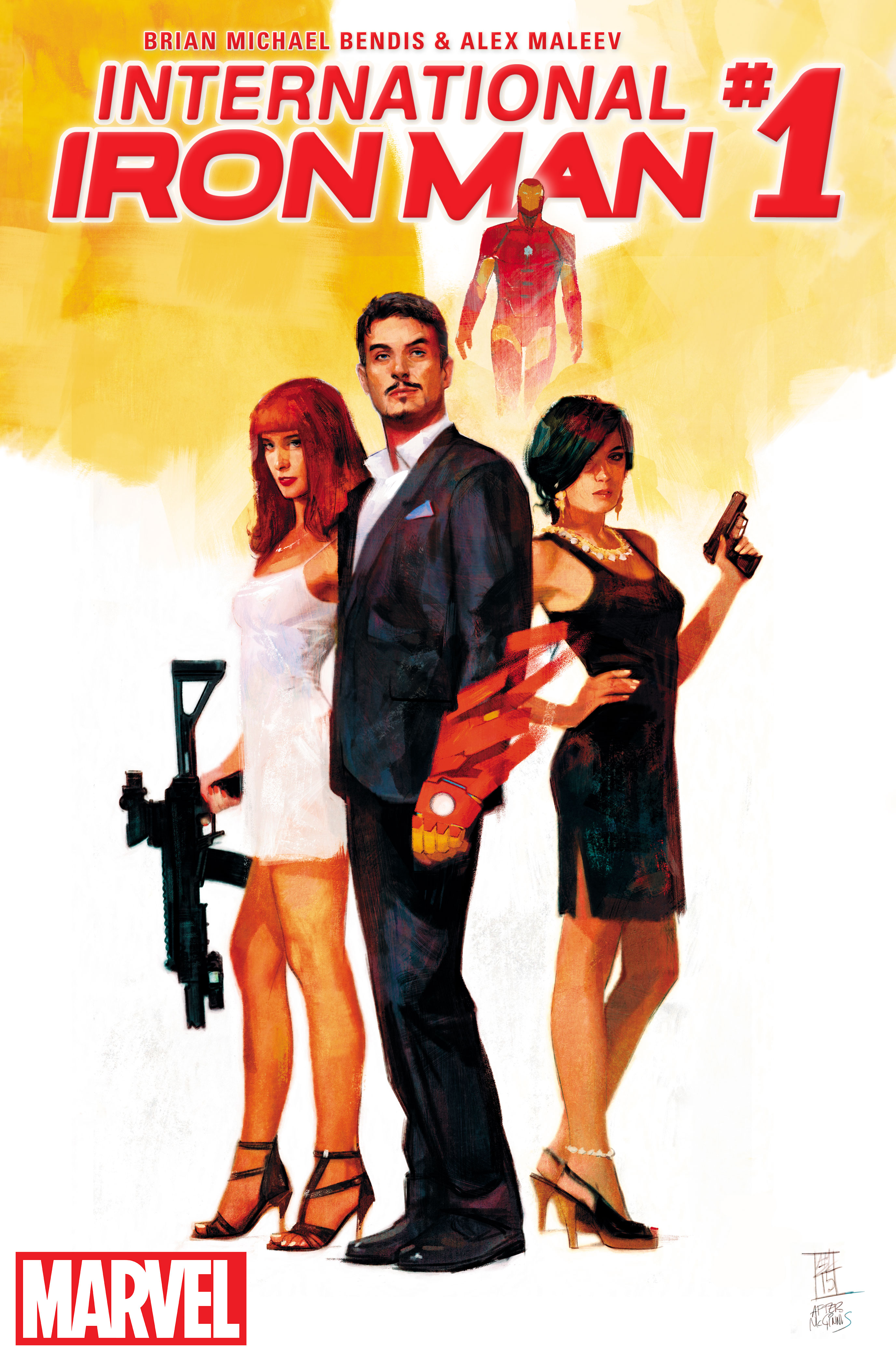 In 2016, Tony Stark is establishing the entire world his base of operations and taking Iron Man internationally with the help of Brian Michael Bendis (Invincible Iron Man, Daredevil, Guardians of the Galaxy) and Alex Maleev (Daredevil, Moon Knight) in the all-new Marvel series, INTERNATIONAL IRON MAN.

As technology and globalization continue to reduce the size of the world stage, Marvel continues to reflect the world outside our windows and brings the “Golden Avenger” to defend the globe.  “I think we all, no matter where we are in our lives, feel that the world has gotten much smaller,” said Bendis while speaking with Entertainment Weekly. “We can all reach out to each other no matter where we are in the world. We feel each other’s pains and victories. I think for Tony it’s like that times 100. He’s much more aware of the global situation and how a big fight with Galactus in New York would affect things in other parts of the world.”

Tony Stark is a futurist. He anticipates threats to come and plans for them. That mentality is what leads Tony to take Iron Man out of New York and proactively taking on threats across the globe.  “If I was a villain, New York is the last place I’d attack, because you know, just by math, there are 700 superheroes in a 17-block radius. I’d go anywhere else,” explains Bendis. “We’ll be dealing with some of the criminals in the Marvel Universe who are smart enough to put that together in their head finally. Tony’s gonna be racing to help people that don’t necessarily always get the attention of the Marvel superheroes.”

Accompanying Iron Man on his new global – an unlikely partner who knows everything there is to know about the dark underbelly of the Marvel Universe – Doctor Doom! “Doom knows where the bodies are buried…he knows a lot of stuff that Tony doesn’t know.”

Additionally, not only will Iron Man reach out worldwide, but so will the actual published comic book. Working with a number of Marvel licensees, INTERNATIONAL IRON MAN will be translated into the respected languages of 25 different countries and will be printed for over 40 different countries in English.

Strap in and suit up, True Believers. Coming in early 2016, Bendis and Maleev reunite for an armored adventure that establishes Iron Man as global advisory for all of those who stand against him in the Marvel Universe. Don’t miss the blockbuster INTERNATIONAL IRON MAN #1!