BOOM! Box, an imprint of award-winning publisher BOOM! Studios, is delighted to announce the July debut of Power Up, a new limited series from New York Times bestselling author Kate Leth (Bravest Warriors, Adventure Time: Seeing Red) and artist Matt Cummings (Adventure Time). Combining a deep love of Sailor Moon with the tongue-in-cheek humor of Scott Pilgrim, Power Up is the story of the most unlikely people (and goldfish) taking on the role of Magical Girl, whether they want it or not.

“With a charming and hilarious cast of characters and a strong dose of positivity, Power Up exemplifies everything that the BOOM! Box imprint stands for,” said BOOM! Studios Editor-in-Chief Matt Gagnon. “Kate and Matt have both been a part of the BOOM! family for some time now; they’re super talented and this original series is the perfect story for them to cut loose.”

It has been foretold that four noble warriors of incredible strength would be gifted with cosmic abilities at a moment of planetary alignment…which, yeah, something definitely went a little weird here. Amie is a disaffected twenty-something with a lot on her plate, Kevin is a washed-up athlete way past his prime, Sandy’s a mother of two teenagers, and Silas…is a goldfish. Just a normal goldfish. Are we sure we read that prophecy right?

Power Up #1 (of 6) arrives in comic shops on July 22nd with a main cover by series artist Matt Cummings for the price of $3.99 under Diamond order code MAY151091. Also available in a limited quantity are a 10 Years incentive cover by Lucy Knisley (An Age of License), a retailer incentive cover by Babs Tarr (Batgirl), and an unlocked FOC variant cover that retailers can order in any quantity by Ian McGinty (Bravest Warriors).

The Final Order Cutoff deadline for retailers is June 22nd. Not sure where to find your nearest comic retailer? Use comicshoplocator.com or findacomicshop.com to find one! It’s also available for order directly from boom-studios.com. 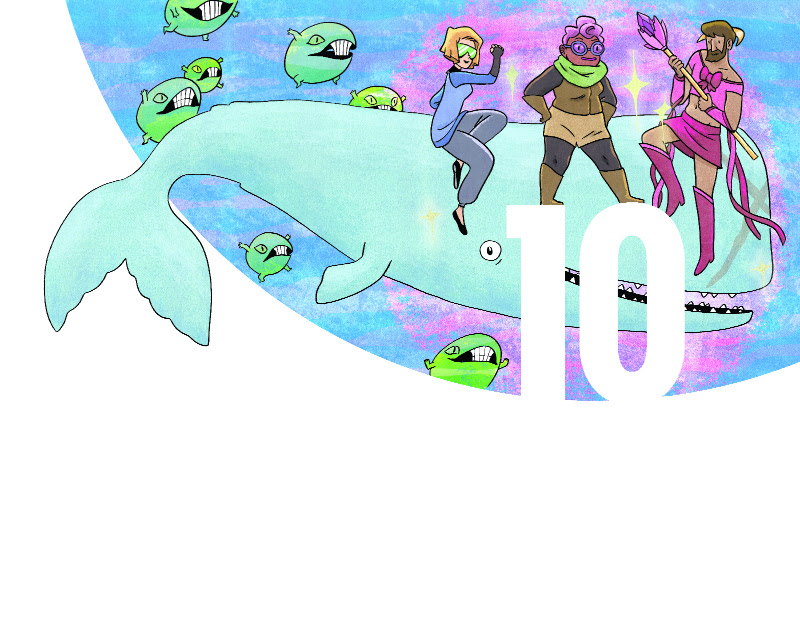 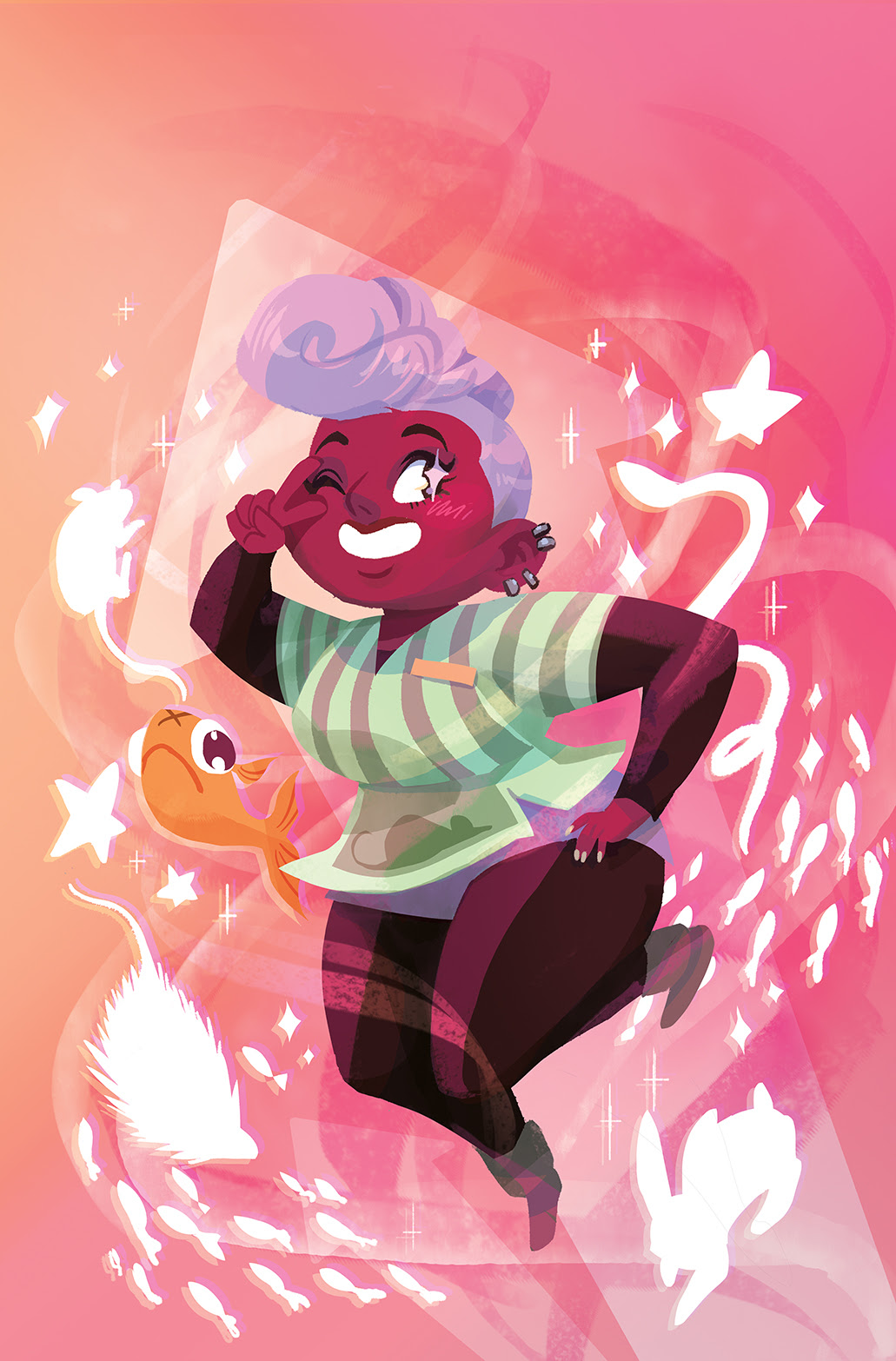 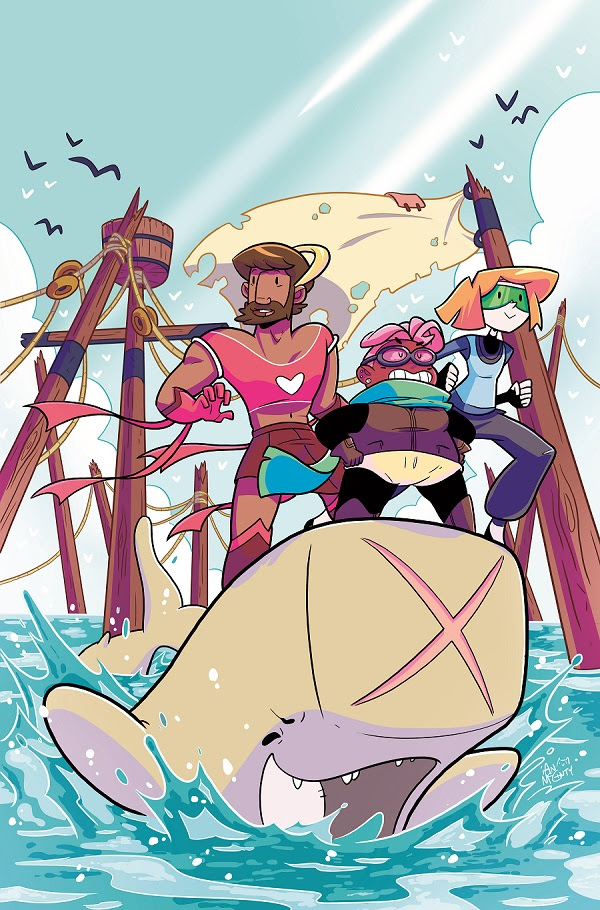 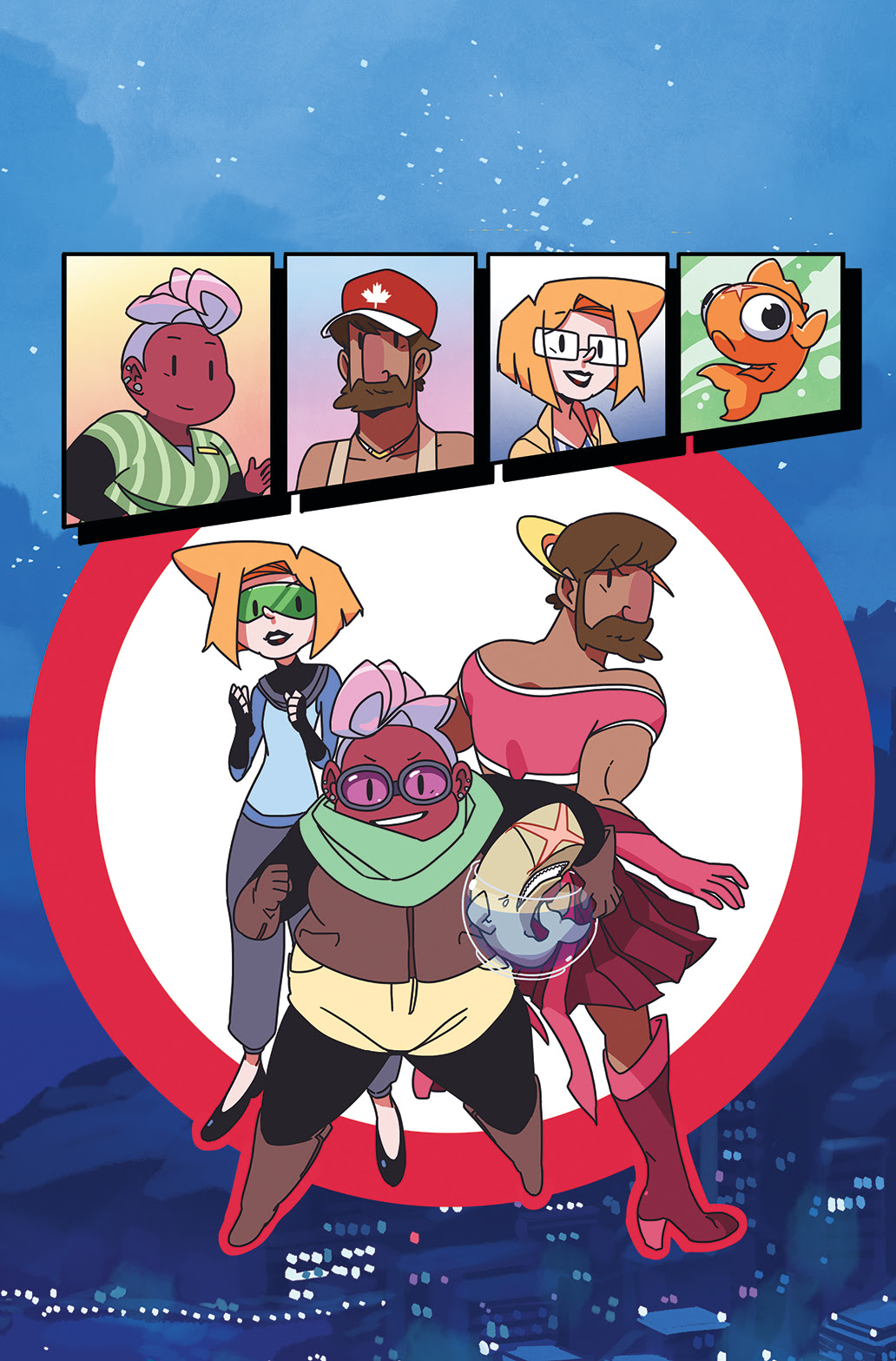