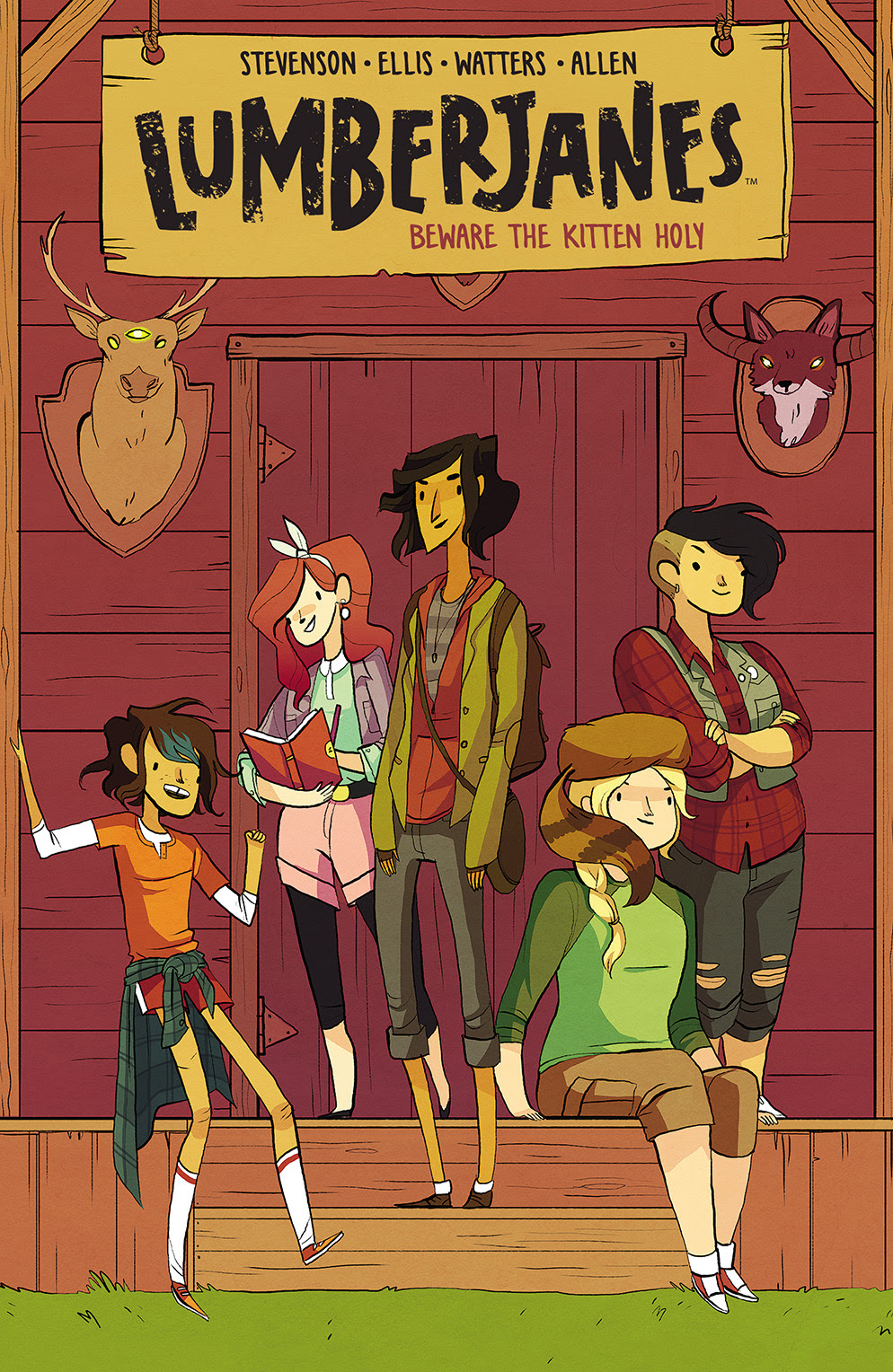 Holy Mae Jemison! BOOM! Studios is thrilled to announce that the first four printings of the Lumberjanes Volume 1 trade paperback have sold out at the distributor level in just seven weeks of release. The publisher is rushing back to press for a fifth printing of the collection that debuted at #7 on The New York Times Best Sellers list for paperback graphic books. In total, over 65,000 copies of the trade paperback have been sold into comic book stores, bookstores, and book club fairs.

Comic book fans should bear in mind that earlier printings of the Lumberjanes Volume 1 trade paperback may still be found at the local comic shop or bookstore nearest you. Not sure where to find your nearest comic retailer? Use comicshoplocator.com or findacomicshop.com to find one!

The Eisner and GLAAD Media Award-nominated Lumberjanes was co-created by BOOM! Studios Editor Shannon Watters, Grace Ellis, and New York Times Best Selling web cartoonist Noelle Stevenson (Nimona), with main series artist Brooke Allen (A Home For Mr. Easter). The series focuses on five, rad, butt-kicking best pals determined to have an awesome summer together…and they’re not going to let a magical quest or an array of supernatural critters get in their way! As part of BOOM!’s partnership model, the creators will share equally in all aspects of the publisher’s first-look deal with Fox.

“The entire team is excited for the opportunity to expose the comic to a wider audience and legions of young hardcore lady-types everywhere,” said Watters, Ellis, Stevenson, and Allen in a joint statement.

Stevenson added, “Read our book! They’re making a movie so it’s probably good, right?”
In searching for the ideal screenwriter for Lumberjanes, Producers Richie, Christy, and Yoelin went out to over 30 screenwriters before 20th Century Fox Senior Vice President of Development Kira Goldberg nominated Will Widger, screenwriter of The Munchkin, a highlight of the 2014 Black List, which details the best unproduced Hollywood screenplays every year. Goldberg bought the pitch and will develop the project for the studio working with Creative Executive Ryan Jones.

“I could not be more excited to start working on a Lumberjanes movie,” Richie said. “Shannon, Grace, Noelle, and Brooke have created a wonderful comic for everyone. Bringing a faithful adaptation to the screen and exposing even more potential fans to the amazing characters of Jo, April, Mal, Molly, and Ripley is something I can’t wait to dive into with the team at Fox.”