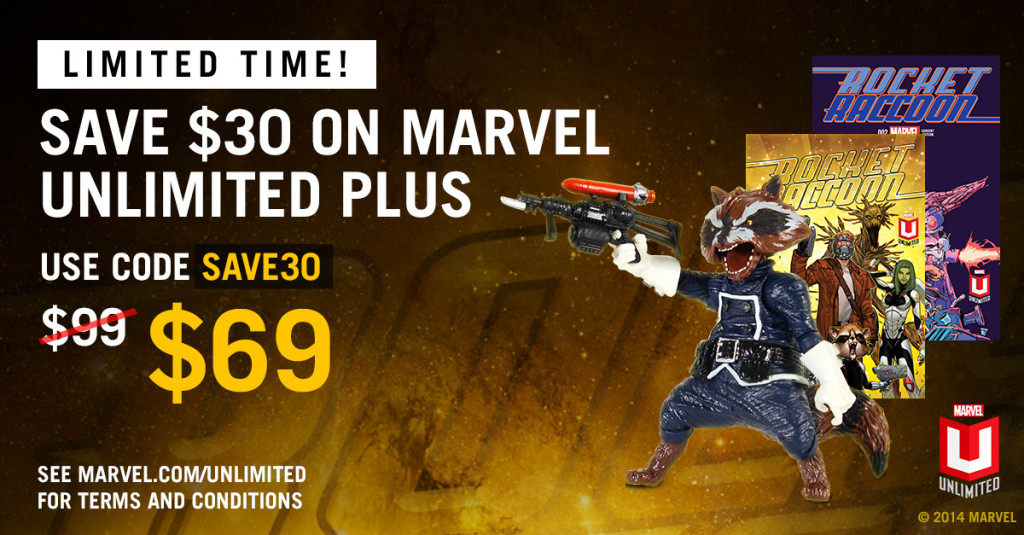 Marvel is celebrating New York Comic Con 2014 by offering fans access to over 15,000 of Marvel’s greatest comics – including the top-selling Age of Ultron event, the star-spanning Guardians of the Galaxy, most of the first issues from the hugely successful and critically acclaimed All-New Marvel NOW! initiative and more. Through October 16th, fans old and new will be able unlock the first year of Marvel Unlimited Plus membership for only $69 using the PROMO CODE SAVE30 at checkout!*

Not only is this the most comics ever offered by Marvel – but the Marvel Unlimited library offers more digital comics than any other major comic book company.

For more on Marvel’s presence and announcements this year at New York Comic Con, please visit marvel.com/nycc2014. Join the conversation on Twitter with#MarvelNYCC and don’t forget to follow us at @Marvel.