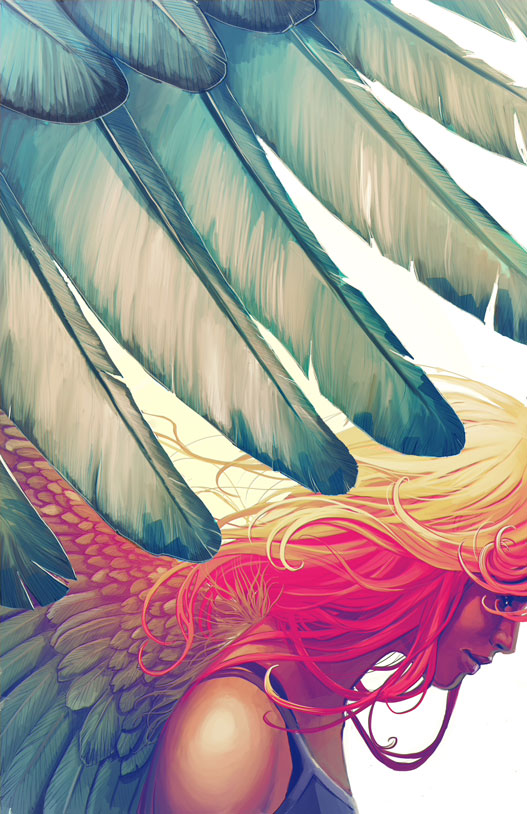 James Patterson’s Max Ride: First Flight will feature the talents of writer Marguerite Bennett (Angela: Asgard’s Assassin, Amazing X-Men) and artist Alex Sanchez (Elektra) and will follow the fast paced adventures of Max, a teenage girl who, due to genetic tampering, is part human and part avian and Marvel Comics is set to elevate Max and her “flock” into an even bigger pop-culture property.

Series editor, Sana Amanat, says, “At Marvel we’re always looking to create bold stories that push expectations and attract new audiences into the world of comics—and that’s what we plan to do with Max Ride. It’s the familiar world of Maximum Ride told through the thrilling Marvel narrative. We’re taking a heart-pounding adventure and giving it an extra shot of adrenaline.”

Speaking with The Wall Street Journal, Patterson says that he is excited to see Marvel’s fresh new take of his young adult series, “I’ve given Marvel license. In fact, I’ve encouraged them to make this Marvel’s ‘Maximum Ride,’ so I expect some changes in the story.”

Coming in spring 2015, the 5-part Marvel Comics mini-series, James Patterson’s Max Ride: First Flight, will follow the soaring adventures of Max and the “flock” – Fang, Iggy, Nudge, Gasman and Angel – a group of ordinary teenage kids – only they are the product of genetic tampering that has given them extraordinary abilities, but their lives quickly morph into a living nightmare as they try to escape their creators and defend themselves from half-human, half-wolf “Erasers”. Along the way Max discovers her purpose – saving the world – but can she? Find out next year!