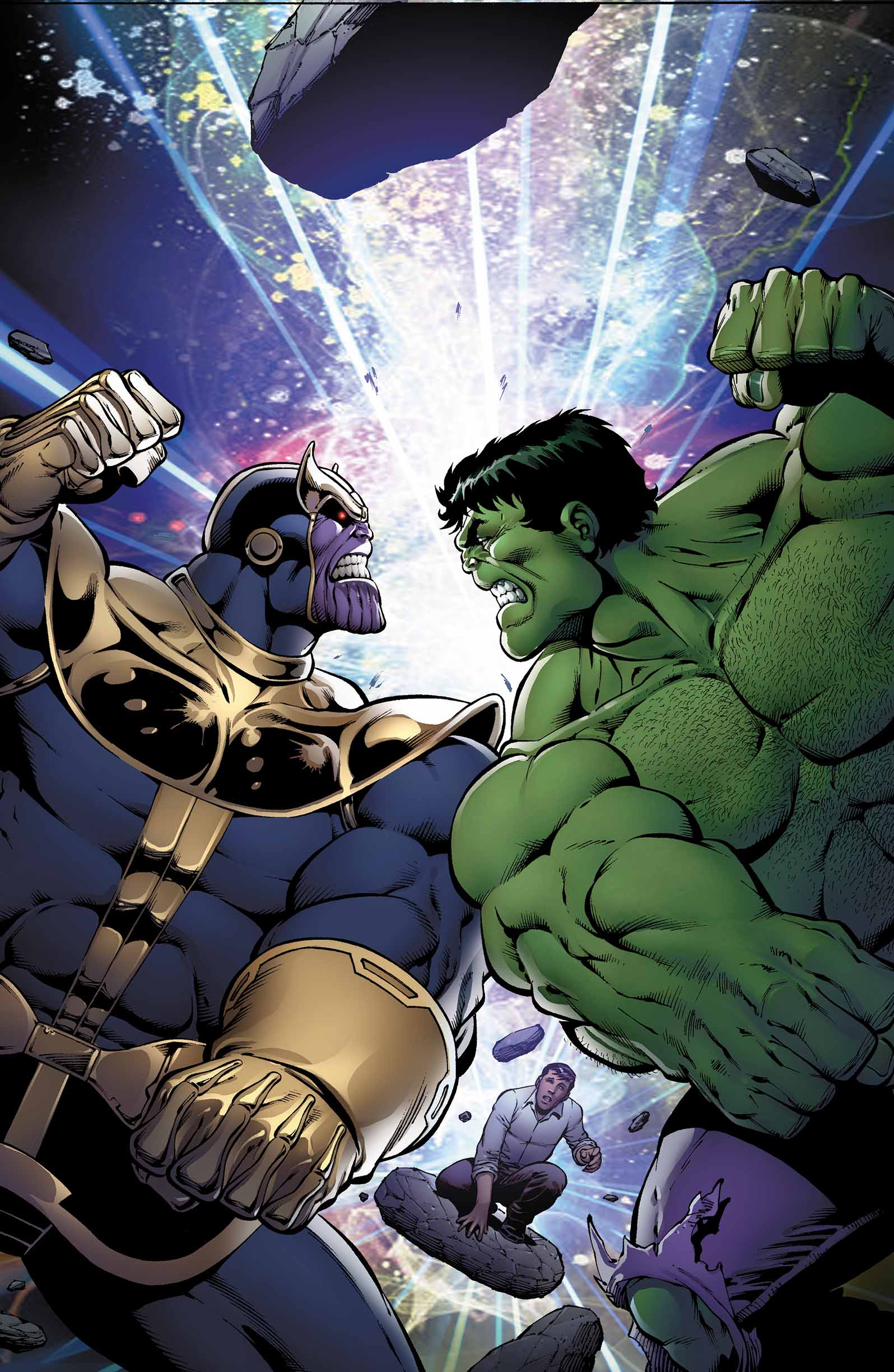 This December, legendary fan-favorite Jim Starlin returns for an action-packed, smash-filled limited series spanning the cosmos in THANOS VS. HULK #1! That’s right True Believer, time to find out if Hulk is truly the strongest there is as he throws down with Thanos across the far reaches of the Marvel Universe!

Abducted by Pip the Troll, Bruce Banner has been dragged halfway across the galaxy, set to be ransomed to one of the most vile beings in the galaxy – Annihilus! Annihilus has something Pip wants, and he’s willing to go to any lengths to get it, even kidnapping the Incredible Hulk! Annihilus plans to use the Jade Giant for his own destructive ends. Ones that will put the Hulk directly in the path of Thanos, the Mad Titan!

“For this story, Jim Starlin does what Jim Starlin does best — tell a thrilling, cosmic tale,” says Editor Wil Moss. “And everyone from Iron Man and Pip the Troll to Blastaar and Annihilus is involved. But the main event, of course, is the Thanos/Hulk showdown, and Jim delivers a confrontation that’s going to be every bit as mind-blowing as you’d expect!”

Guest starring Iron Man, Blastarr, S.H.I.E.L.D. and more, be there when two of the Marvel Universe’s heaviest hitters come to planet-shaking blows! Who will emerge victorious? And when the dust settles, will anything be left standing? Find out when Jim Starlin returns for the cosmos for the explosive THANOS VS. HULK #1, on sale in December!