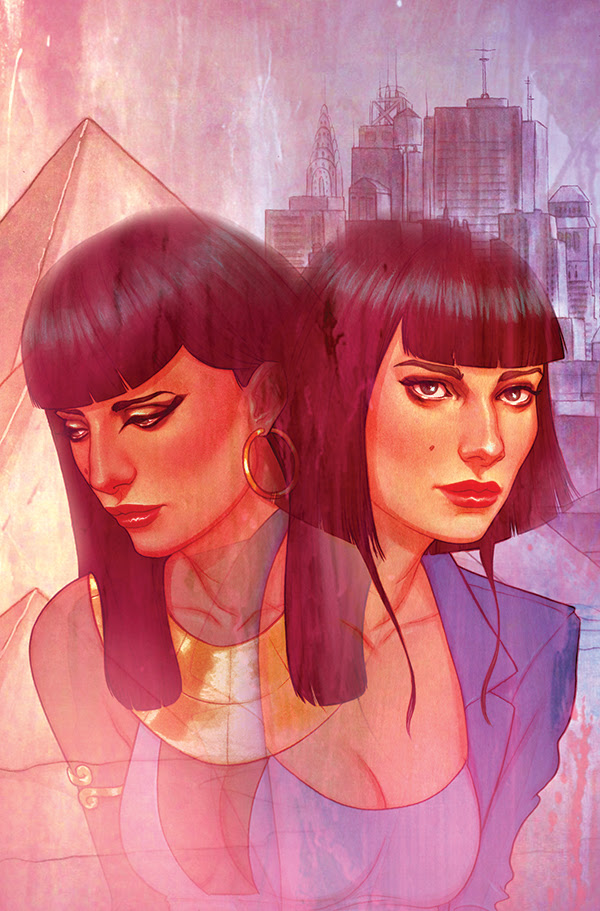 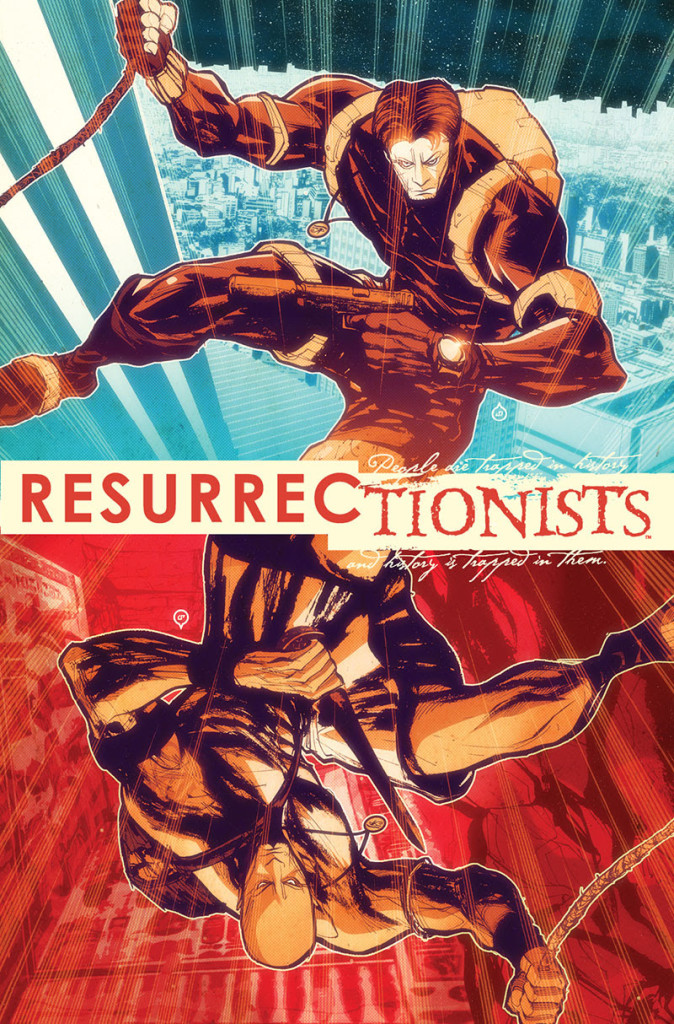 Are you Near-Death Experienced? Framed architect-turned-thief Jericho Way has discovered he’s a Resurrectionist, one of a select group of people who can not only remember their past lives, but become them. Two groups are now after his services—the Sojourn Corporation, which wants to exploit his powers for mysterious purposes, and a motley crew of modern-day tomb robbers who have been trying to pull the same impossible heist for 3,000 years—and if Jericho joins them, he may steal back his own future!

Participating retailers can contact the Comic Book Legal Defense Fund directly to order, and readers can look for Resurrectionists #1 at their local comic shop on November 12!