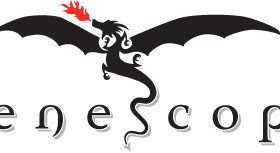 Dark Horse announces Deep Gravity, a new four-part miniseries from the minds of Mike Richardson and the creative team of Gabriel Hardman and Corinna Bechko (Star Wars: Legacy, Planet of the Apes). Welcome to Poseidon! Gilise MG452, a.k.a. “Poseidon,” is Earth’s deadly sister planet. A planet similar to ours, yet utterly alien, it circles a red dwarf […]

Wendy and Richard Pini first published what would become one of the most revered classic-fantasy epics in comics. Today, ElfQuest continues to capture the imaginations of readers of all ages, as Chief Cutter and his Wolfriders battle savage humans, forge lasting alliances, and discover strange new lands in this ultimate fantasy adventure!   Dark Horse proudly presents ElfQuest: The […]

Award-winning comic book publisher BOOM! Studios announced today their panels and signing schedule for Emerald City Comic Con 2014 (ECCC), which will be held at the Washington State Convention Center in Seattle, Washington, on the weekend of March 28-30. (Please note that signing times are subject to change. Fans should check at the BOOM! Studios booth […]

Award-winning comic book publisher BOOM! Studios and its imprints, KaBOOM!, BOOM! Box, and Archaia, announced today it will return to exhibit at Emerald City Comicon (ECCC) 2014, held at the Washington State Convention Center in Seattle, Washington, on the weekend of March 28-30, 2014. BOOM! will have its biggest booth ever at any convention it has […]