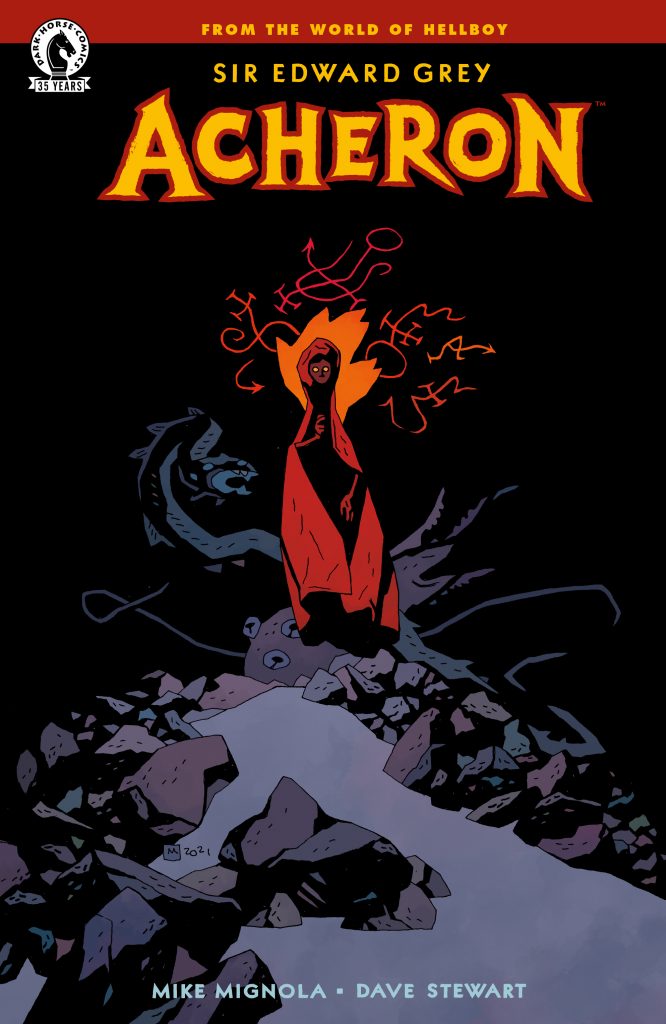 For the first time in five years, legendary Hellboy creator Mike Mignola is both writing and illustrating a full-length comic book, one which provides the next chapter in the fabled Hellboy Universe. Titled Sir Edward Grey: Acheron, the one-shot story is set following the events of B.P.R.D.: The Devil You Know, in which the Bureau for Paranormal Research and Defense managed to fight off the monsters on earth long enough for humanity to barely escape underground. The story is Mignola’s first full-length comic book since Dark Horse Comics published Hellboy in Hell in 2016; here he reunites with award-winning colorist Dave Stewart, as well as letterer and longtime collaborator Clem Robbins. Dark Horse Comics will publish Sir Edward Grey: Acheron this winter, featuring a main cover by Mignola and Stewart and a variant cover by acclaimed artist Ben Stenbeck and Stewart.

“I’ve been saying I’ve been semi-retired for years, but I keep coming up with new stories anyway,” said Mignola. “In Sir Edward Grey: Acheron, Hellboy is dead and gone and the B.P.R.D. are underground. And so it turns to Edward Grey to return to Hell to confront a familiar foe and finish what needs to be done to truly save the world.”

“The mysterious Edward Grey has long been in the shadows of the Hellboy Universe,” said Katii O’Brien. “The Victorian occult detective’s ghost made repeated appearances in Hellboy in Hell, but now he’s front and center. If the original weird investigator can’t save the world, no one can.”