The fate of all worlds are at stake, as the world-eating menace Unicron has set his sights on Cybertron, home of the TRANSFORMERS robots, and next in line… EARTH! A bi-weekly six issue event titled TRANSFORMERS: UNICRON arrives this July and will bring about the end of the TRANSFORMERS universe as we know it. As Optimus Prime gathers his defense against this monstrous threat, it might be too little too late.

“TRANSFORMERS: UNICRON is a culmination of the years of TRANSFORMERS comics I’ve been a part of… and the conclusion of one of the longest continued narrative in TRANSFORMERS history” said Barber. “This is a story of heroism in the face of impossible odds; of a reckoning for an entire universe. I couldn’t be luckier than to have Alex [Milne] right here with me on this—if you know Alex, you know nobody puts more into the TRANSFORMERS than he does, and nowhere before has he drawn drama, action, and pathos at this scale. Tying it all together is the incredible palette of Sebastian Cheng. We’ve never held back before on our TRANSFORMERS comics, but this time we’re pushing ourselves—and each other—harder than ever.”

TRANSFORMERS mainstays from the past 12 years will be providing variant covers for the series, including Andrew Griffith, Nick Roche, and many more. Additionally, legendary comic artist Bill Sienkiewicz will be reinterpreting his classic cover to TRANSFORMERS #1 as a special variant, along with a new cover by Francesco Francavilla.

“TRANSFORMERS: UNICRON is a grand finale to the past 12 years of TRANSFORMERS comics at IDW and to really celebrate that and to celebrate the people who have made it such an amazing ride, we’re getting some amazing, beloved artists to contribute to what I’m sure will be our biggest—literally—TRANSFORMERS story ever,” said David Mariotte, Associate Editor. “This is an event years in the making and one that only works because of the years fans and creators have invested in the comic.”

The action kicks off on Free Comic Book Day, May 5th, with the #0 issue by the series creative; available for free at comic shops across the country. Don’t miss the world-ending first chapter of the summer’s cataclysmic event! 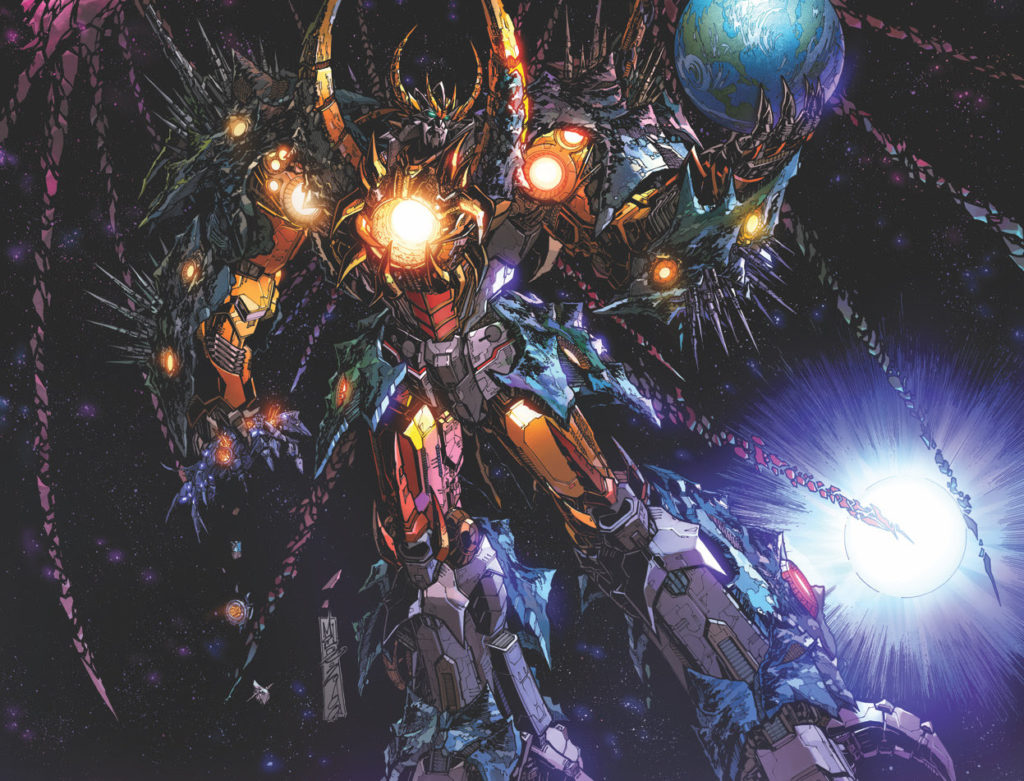