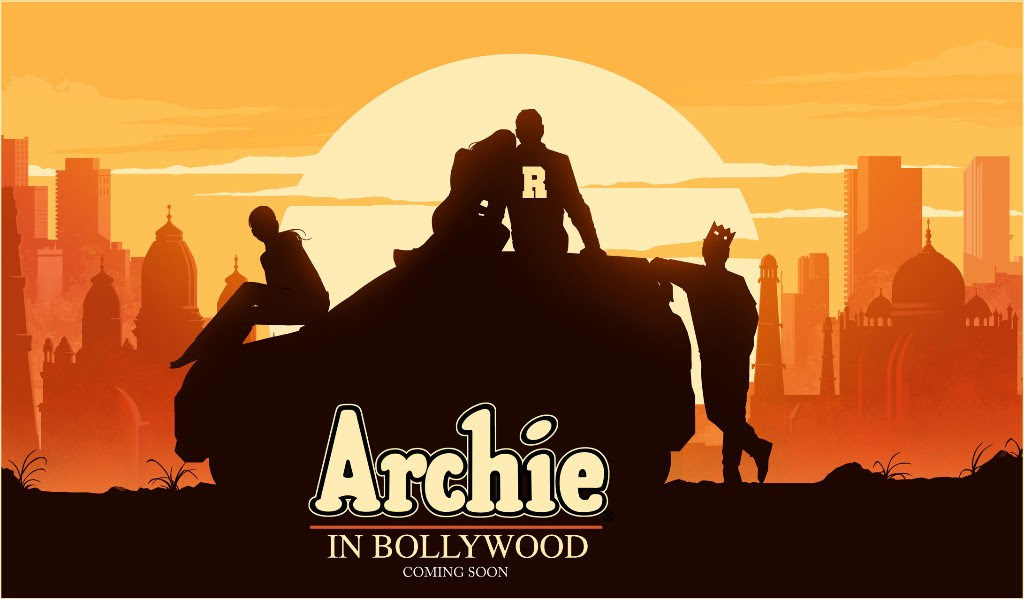 Archie, Betty, Veronica and Jughead — beloved by millions for generations — will be reimagined with an all-Indian cast

In an epic announcement that’s sure to send shockwaves around the globe, Archie Comics, home to some of the most popular characters in entertainment, including Archie, Betty & Veronica and Jughead, in partnership with Graphic India, one of India’s leading character entertainment companies, announced plans to develop a live-action, theatrical film based on the iconic Archie Comics characters, bringing Archie and his friends to life, Bollywood-style.

The production, which will be the first international comic to be translated for Indian screens, is in the early stages with an official release date to be announced. The companies have begun taking initial steps toward a modern, entertaining screenplay that will surely resonate with longtime Archie fans in India and beyond. The Bollywood film will reimagine the classic characters like Archie, Betty, Veronica, Reggie, Moose and Jughead as Indians and will feature all the classic elements of the hugely popular comic book series.

“We are supremely excited to partner with the great team at Graphic India to bring Archie and his friends to Bollywood,” said Archie Comics CEO Jon Goldwater. “Archie’s lasting and growing presence in India made this move the logical next step as our stellar library of characters continues to expand into other media. It’s a major moment for Archie and its fans around the world.”

“Archie, Betty, Veronica and Jughead have been a source of inspiration for numerous Bollywood films over the years, and now it’s time to take them fully into Bollywood in an exciting new twist of a story that we have planned,” said Sharad Devarajan, Co-Founder & CEO of Graphic India. “These characters have held a special place in the hearts of Indians for decades and we have no doubt that the new Indian cast of Archie and the gang will be an exciting moment for the country.”

Archie Comics is enjoying tremendous success with the hit TV series Riverdale, which launched in 2017. The company also recently announced with Netflix the upcoming Untitled Sabrina Series. Archie Comics have sold over 2 billion copies worldwide and are published in over 17 languages in over 55 countries.

ABOUT ARCHIE COMICS
Archie Comics is the leading mass market comic book publisher in the world and the home to a wide array of the most popular humor, action-adventure and superhero characters in entertainment, including Archie, Jughead, Betty and Veronica, Reggie, Kevin Keller, Josie and the Pussycats, Sabrina the Teenage Witch, Afterlife With Archie, the Dark Circle Comics superhero characters (The Black Hood, The Fox, The Shield, Sam Hill and more), Li’l Jinx and many more. Archie Comics have sold over 2 billion comics worldwide and are published around the world in a number of languages. In addition to comics, the Archie Comics characters are spotlighted weekly on The CW’s Riverdale TV series, the upcoming Untitled Sabrina Series on Netflix, and have been featured in animation, television, film and music. Follow Archie Comics on Twitter, Facebook, YouTube and the Archie Comics Store.

ABOUT GRAPHIC INDIA
GRAPHIC INDIA is a character entertainment company focused on creating leading characters, comics and stories through mobile and digital platforms.  Led by media entrepreneur Sharad Devarajan, Graphic India is owned by U.S. comic book Company, Liquid Comics, CA Media LP, the Asian investment arm of The Chernin Group, LLC (TCG) and Start Media LLC. The Company was founded by Sharad Devarajan, Suresh Seetharaman and Gotham Chopra. The company’s partners and investors bring together decades of experience in building businesses in character entertainment, media and India. Graphic believes that India is home to some of the most creative talent in the world, with more than 600 million people under the age of 25 and more than 850 million mobile phone users in the country. The Company’s mission is to create enduring stories and heroes that foster the imaginations and fuel the inspirations of a new globalized generation of youth in both India and around the world. www.GraphicIndia.com