A nightclub entertainer named Adele Fornost has been found dead, an apparent suicide. Her friend, another entertainer named Diane Green, is convinced that she was murdered and that the Outlander Mob is behind it. Known for racketeering, prostitution, and money laundering, the Outlanders are run by a man known only as Sir. Diane is unable to convince the police to take on the case and decides to take matters into her own hands. Although she is able to get the goods on the Outlanders, she has to fake her own death to do it. Thus, Diane Green dies, but the Velvet Wasp is born to take flight in four adventures, courtesy of H. David Blalock and Pro Se Productions.

With a captivating cover and logo design by Jeffrey Hayes and print formatting by Marzia Marina and Antonino Lo Iacono, THE VELVET WASP is available now at Amazon at https://www.amazon.com/Velvet-Wasp-H-David-Blalock/dp/197927326X/ref=tmm_pap_swatch_0?_encoding=UTF8&qid=1515985175&sr=1-1 and Pro Se’s own store atwww.prose-press.com for 14.99.

This action packed collection is also available as an Ebook, designed and formatted by Lo Iacono and Marina for only $2.99 for the Kindle athttps://www.amazon.com/Velvet-Wasp-H-David-Blalock-ebook/dp/B0773DGTN4/ref=tmm_kin_swatch_0?_encoding=UTF8&qid=1515985175&sr=1-1.  This book is also available on Kindle Unlimited, which means Kindle Unlimited Members can read for free. 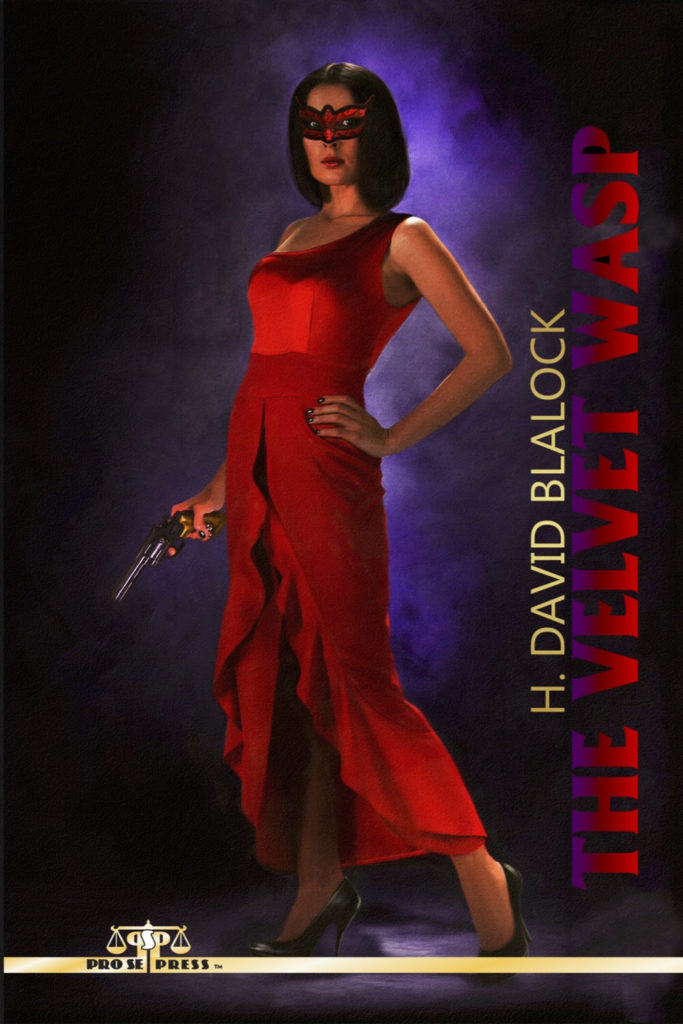