IDW is proud to present The Infinite Loop in a deluxe hardcover edition, arriving this April. The first series from co-creators Elsa Charretier and Pierrick Colinet was honored by the Virginia Library Association Graphic Novel Diversity Award, who called it: “a fun melding of science fiction, romance, LGBTQ+ advocacy fiction, and civil rights history lesson.” 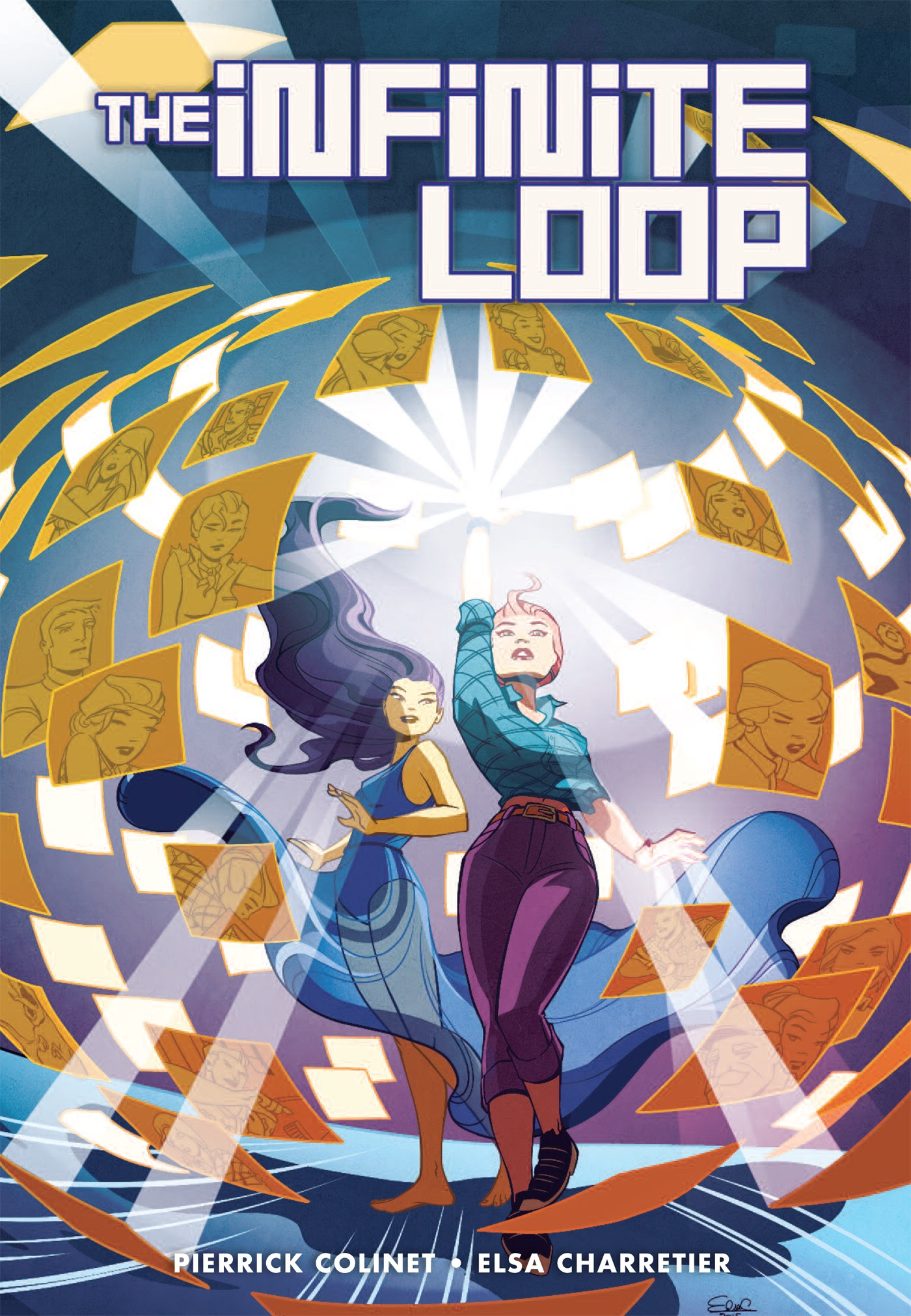 Teddy, a young woman who lives in a faraway future where time traveling is common practice, has a job maintaining the status quo by correcting time paradoxes. But when she meets Ano, a living paradox and the girl of her dreams, Teddy must decide between fixing the time stream and the love of her life, both of which have unique consequences.

The Infinite Loop is a very special book for Pierrick and I,” said artist Elsa Charretier. “We put out hearts and souls into it, and getting this beautiful edition into the hands of new readers is exciting!”

The imaginative series has spawned a follow-up series which is currently being published by IDW called The Infinite Loop: Nothing But the Truth.

The Infinite Loop, Vol. 1 Deluxe Edition will collect the debut six-issue series. This oversized, deluxe hardcover edition contains an all-new essay by Emma Houxbois (Love is Love). It is now available for pre-order and will go on sale this April.

Elsa Charretier has worked on such titles as Starfire, Harley Quinn, DC’s Bombshells, Bitch Planet Triple Feature, and Marvel’s Unstoppable Wasp. She is also the co-creator of The Infinite Loop and has recently worked on Star Wars Adventures and Star Wars Adventures: Forces of Destiny. Her graphic novel with George RR Martin will be released by Random House in 2018.