“Our goal is to upgrade the entire system and game to be the pinnacle of super hero gaming art included”, said Publisher Mark Thompson. “To bring back a legend is no easy task and today’s art in every aspect of pop culture is drop dead gorgeous. We know we have to bring our A game. We were well into production when I had to put the company on hold to take care of my family. Much of the production is already complete and it’s all too awesome to keep to myself.”

Superhero 2044 will be crowdfunding production for both a role playing game and card game based on the world. The first campaign should launch in August 2017.

Checker BPG is a graphic novel publisher that published nearly one hundred graphic novels from 2001 to 2013. Checker BPG launched titles with such high profile licenses as Star Trek, X-Files, Flash Gordon, and Clive Barker to name a few. The publisher put the company on hiatus after the death of his fiancé, father, uncle, and the cancer diagnosis and death of his sister in 2015. Superhero 2044 will hit fans in 2018 as both an RPG and card game. 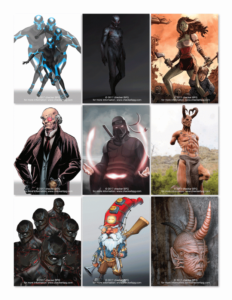 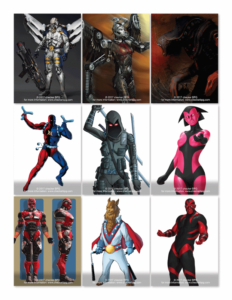