KaBOOM!, an award-winning imprint of publisher BOOM! Studios, and Cartoon Network Enterprises, the licensing and merchandising arm of the network, are excited to announce Adventure Time: Islands, a new original graphic novel coming in November.

Adventure Time: Islands (ISBN 978-1-60886-972-5, full color, 6” x 9”, 80 pages) will feature a cover illustrated by the artist team of Braden Lamb & Shelli Paroline, who were the original artists on KaBOOM!’s Adventure Time comics for the first 36 issues. It carries a retail price of $9.99 under Diamond Code SEP161396. It will be released in November 2016 and is available to pre-order now through local comic book shops or booksellers. 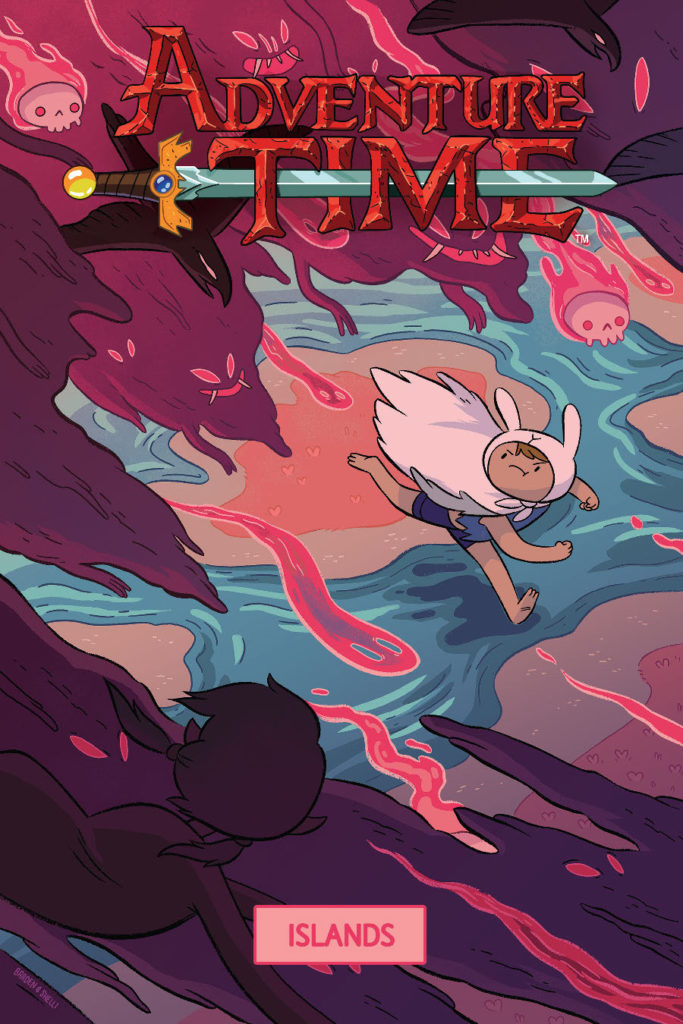