After four years, long-time writer Pat Shand is finishing his run on Robyn Hood with a special issue: Robyn Hood 2016 Annual, celebrating Robyn Locksley, Marian Quin, and all of the friends and foes that have joined them on this journey. Scheduled for release in late May 2016, Larry Watts, original artist of the Robyn Hood trilogy, returns for this final tale that cuts to the core of what Robyn has gone through, what she is, and what’s next for her.

will usher in a new chapter in the life of everyone’s favorite female archer with Robyn Hood: I Love NY #1 (to be released June 2016). And will include cover art from David Lorenzo Riveiro, Jarreau Wimberly, David Nakayama, Mike Mahle, Richard Ortiz, and many more!

In the first issue of this twelve part mini-series, Robyn is on her own for the first time in years, going back to what she knows and loves… taking cases that pay little and make her life a living hell! New villains… new adventures… and a new creative team bring you this can’t miss new series that will show Robyn as you’ve never seen her before. 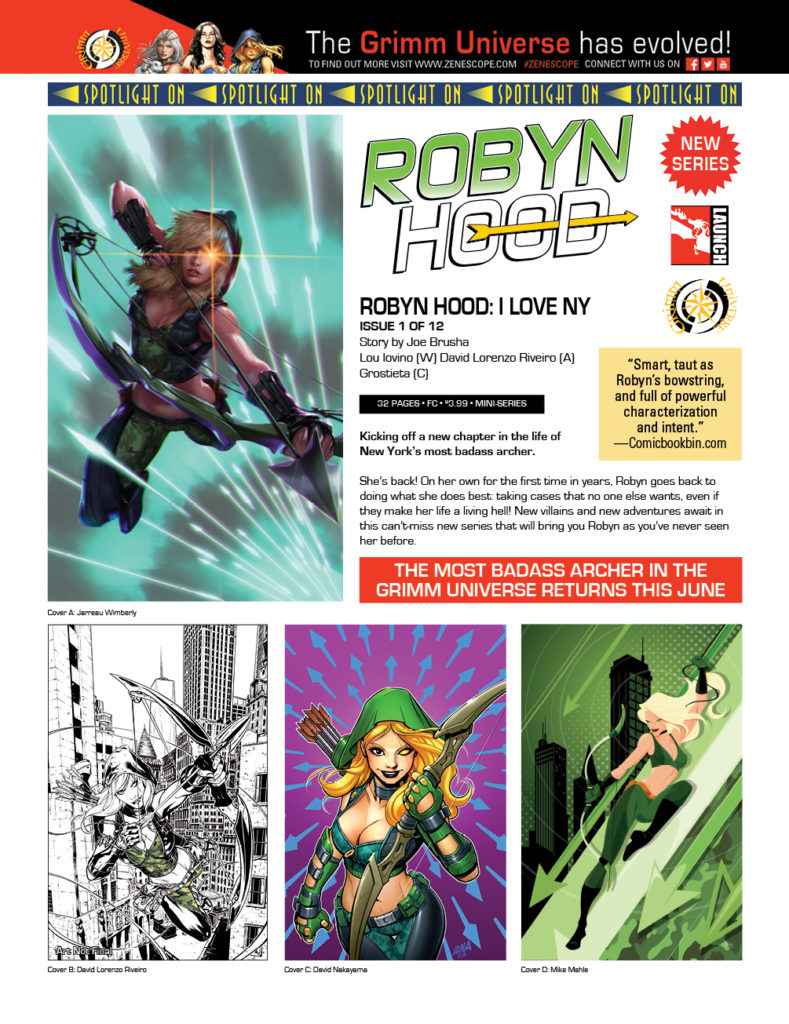