Final issue! Emmie finally closes in on her attacker as the dark persona takes over. Once her attacker is revealed, however she is faced with a dilemma that changes everything. And the mysterious man called The Machine can only watch as his number one student surpasses all expectations.

Unleash is in production process to become a movie this 2016!

“Unleash is the most challenging book I’ve read in a while. To entertain is to provoke emotion and this book certainly did that for me. (…) is the type of book that gets under your skin and stays there long after you’ve put it down.” —Isaac Quattlebaum, Comic Bastards 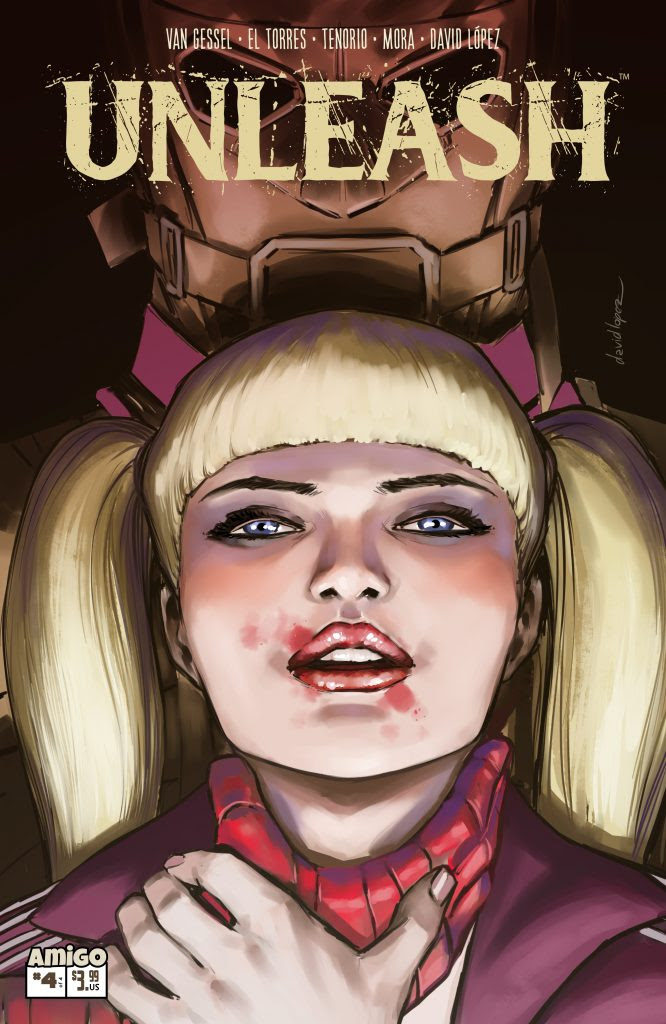 Story and art by: Stefano Martino

A bodyguard’s job is never easy. Not only he has to worry about the Yakuza assassin named Killer Kanoo, but also Alan has to protect an Exo-Archeologist who has found a strange monolith… which revives ghosts from Alan’s shady past.
And he only wanted to declare his love to his friend Oni…

Alan Dracon is the dear creation of Italian artist Stefano Martino, who have worked on series such as Doctor Who,Catwoman and George R.R. Martin’s Doorways. We Amigos are very proud to publish his creator-owned sci-fi series Alan Dracon.

“With outstanding pencil work and a hell of an entertaining story, Alan Dracon is the fun, new must-read book that reminds us how good comic books can be.” —Carl Boehm, Comic Bastards

“With a great concept, strong story pacing and wonderful characterization complemented by some stunning interiors this is the kind of thrill ride that makes roller coasters jealous.” —Steven Leitman, Reading with a Flight Ring 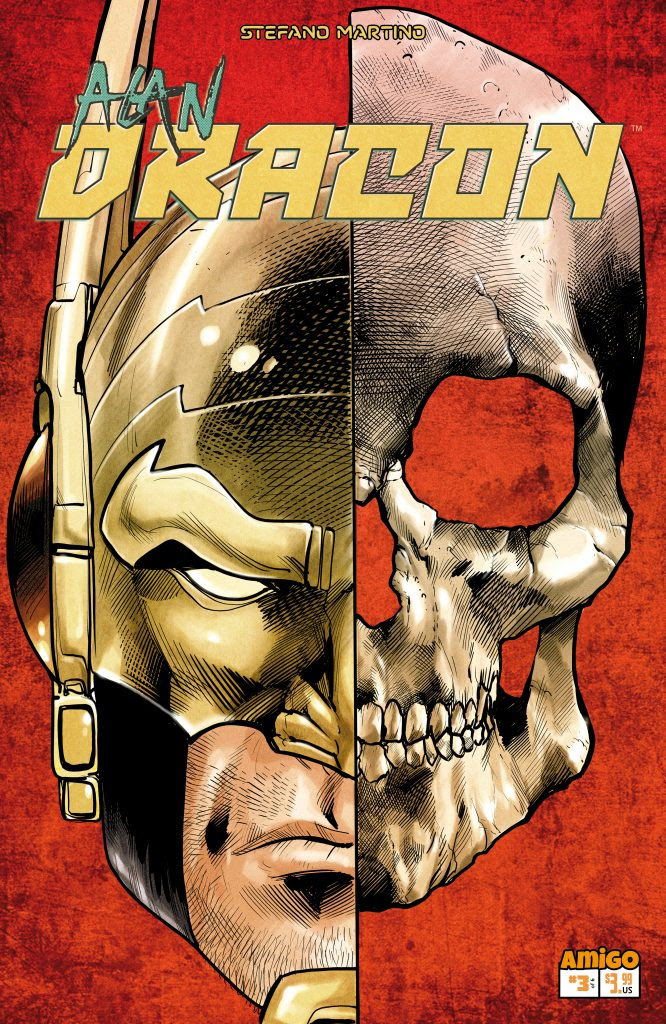