BBC Worldwide North America and Titan Comics are thrilled to reveal that this summer’s special Doctor Who event comic will feature the Ninth, Tenth, Eleventh, and Twelfth Doctors from Titan’s four ongoing Doctor Who series. This comic will be a spectacular five-part, bi-weekly adventure featuring one of the Doctor’s most iconic foes – the Cybermen!

2016 marks the 50th anniversary of the show’s iconic cyborgs, the Cybermen. The Cybermen first appeared in the serial ‘The Tenth Planet’ in 1966, and have been featured in Doctor Who numerous times since, including the 2006 two-part modern origin story, ‘Rise of the Cybermen’ and ‘The Age of Steel.’

Exiled from Gallifrey at the very end of time, Rassilon, fallen leader of the Time Lords, has been captured by the last of the Cybermen. Now, the Cybermen have access to time travel. With it, every defeat becomes a victory. Every foe is now dead — or Cyberized.

The debut issue comes with five variant covers to collect: an art cover by series artist Alessandro Vitti, a photo cover by Will Brooks, a cool Cybermen variant by Fabio Listrani, a blank sketch variant, and a fun coloring variant – perfect to color in at home or in stores on Doctor Who Comics Day.

This year’s global Doctor Who Comics Day event on Saturday, July 9th, is set to be even bigger than previous years with new comics and collections, merchandise, variant covers, signings, and events across the globe at comic shops, bookstores, retail chains, libraries, and on digital platforms. New to this year’s event, Doctor Who comics fans can register for an event kit to hold their own reading group parties. Doctor Who comics fans, retailers, and librarians should visit Titan-Comics.com for details to sign-up.

Retailers can order both issue #1 and issue #2 of Doctor Who Event 2016: Supremacy of the Cybermen from the May edition of PREVIEWS. Doctor Who fans will not want to miss out on this spectacular crossover event series! Fans can find their nearest comic store at ComicShopLocator.com.

To keep up to date with news about Doctor Who Event 2016: Supremacy of the Cybermen and this year’s Doctor Who Comics Day, follow Titan Comics on Twitter, Facebook, and Tumblr. 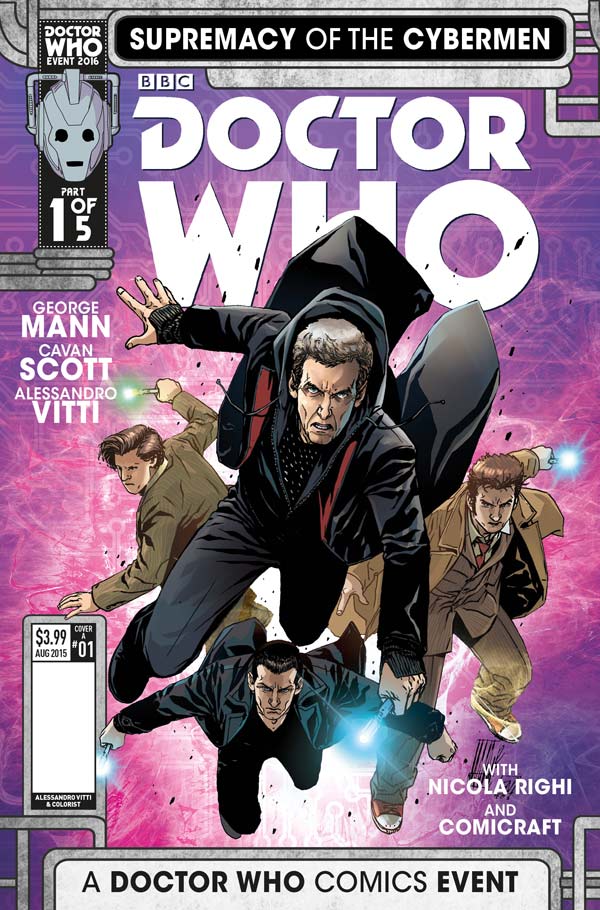 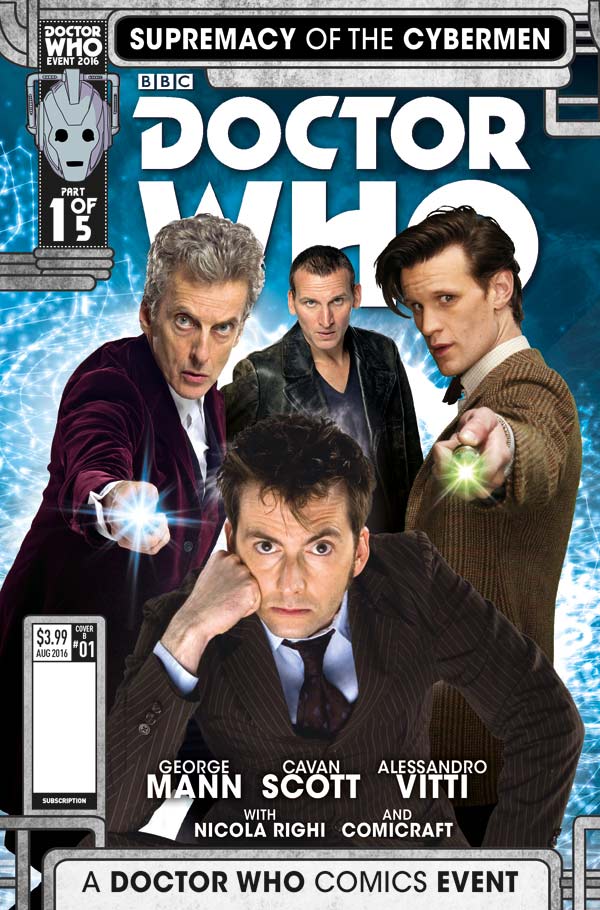 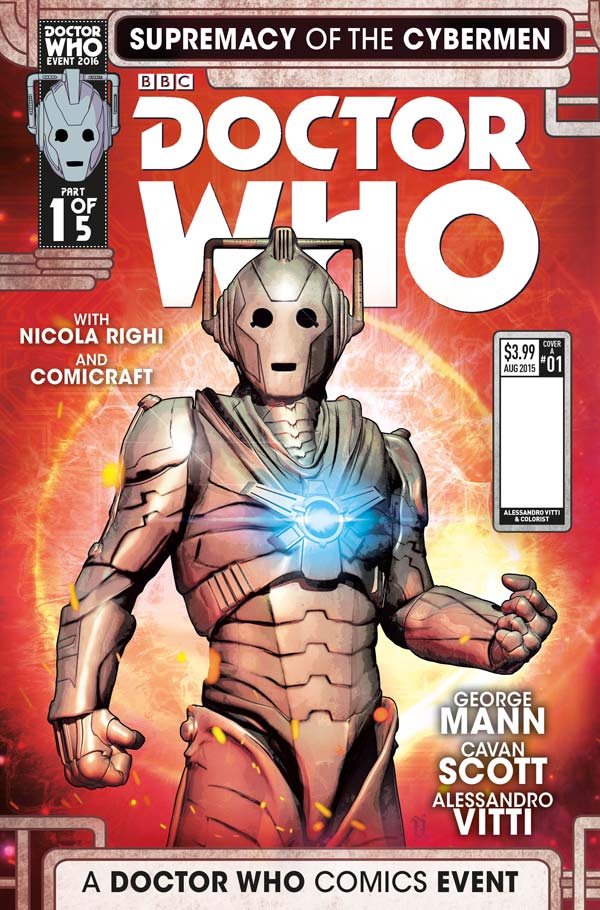 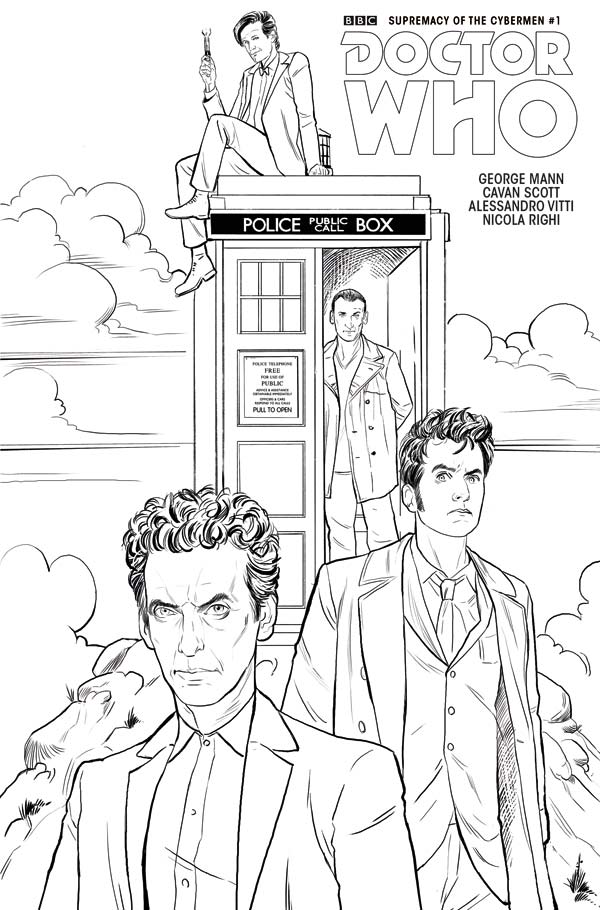 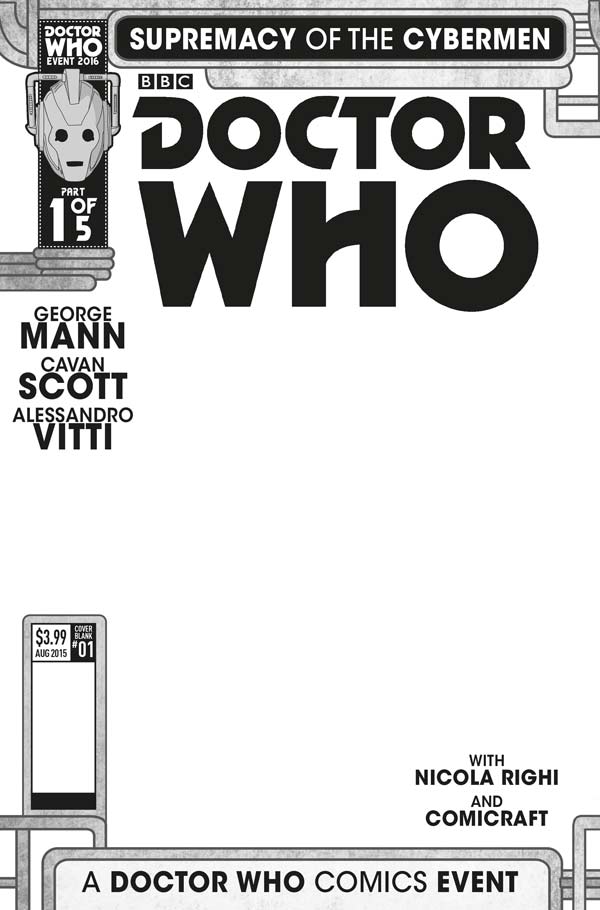