LEGENDS OF OZ: TIK TOK AND THE KALIDAH #1

Tik Tok makes his triumphant debut in the Wicked West, as he and his partner track a mysterious young girl who carries a secret that Oz itself cannot do without!

Featuring an all original story, don’t miss out on Aspen’s newest BDI launch title with the premiere of LEGENDS OF OZ: TIK TOK AND THE KALIDAH #1! 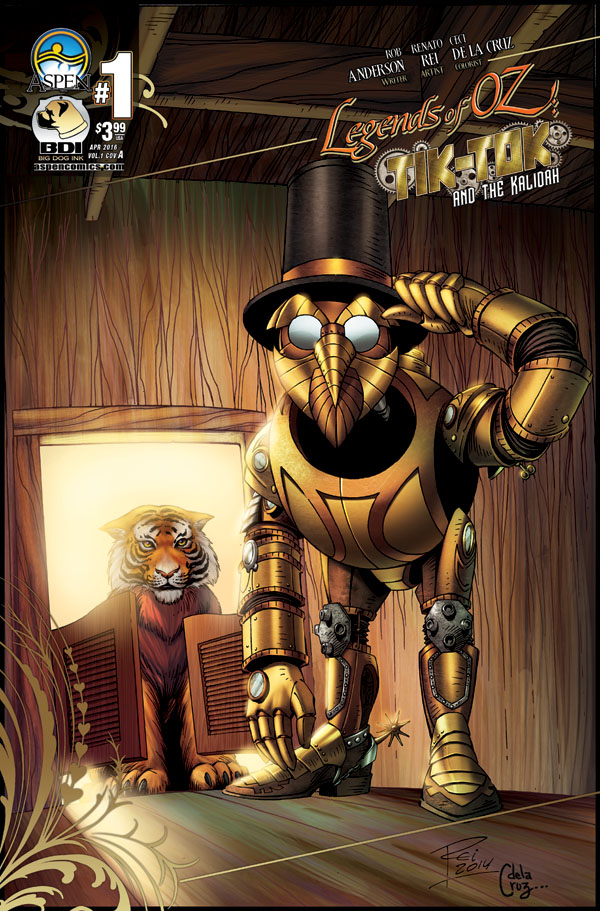 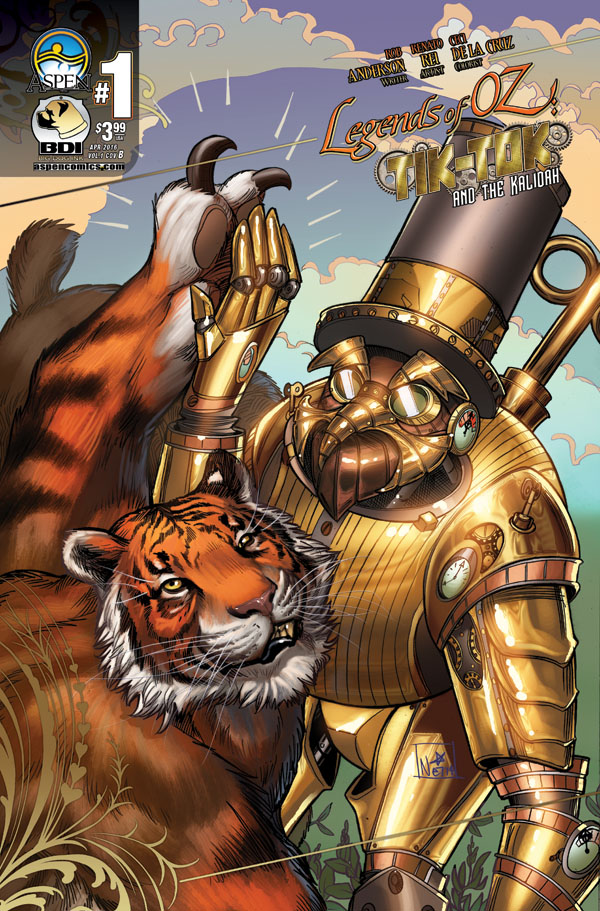 The first brand new Aspen series to debut in 2016 continues! From the creator of Executive Assistant: Iris, Legend of the Shadow Clan and Witchblade, and the artist of Fathom: Kiani comes a new tale spanning centuries, deep within the heart of the ancient civilizations of Africa…

Meanwhile, Naomi discovers her ability to rescue those in need may be far more transcendent—and deadly—than she originally thought. And the consequences might spell a danger that could not only end her life—but those of everyone, everywhere! 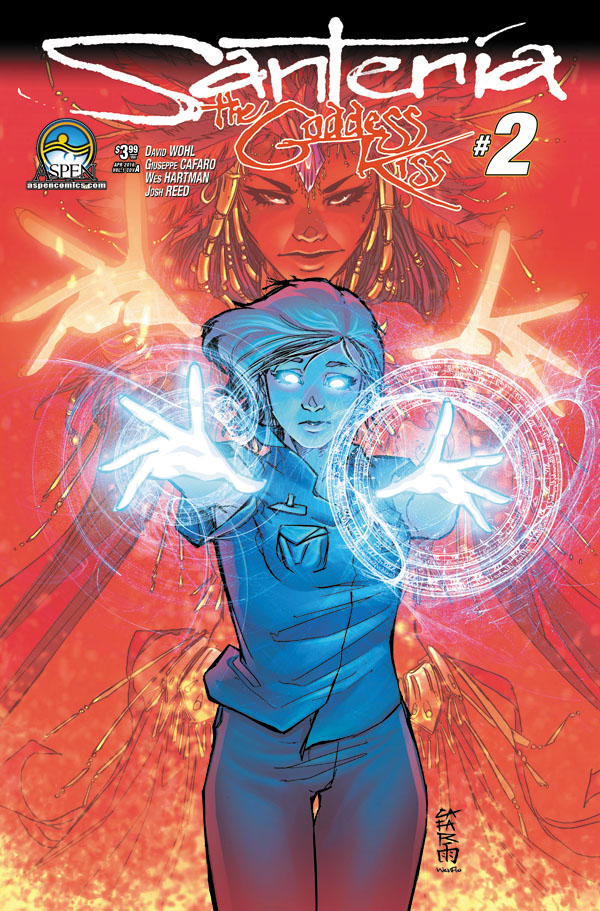 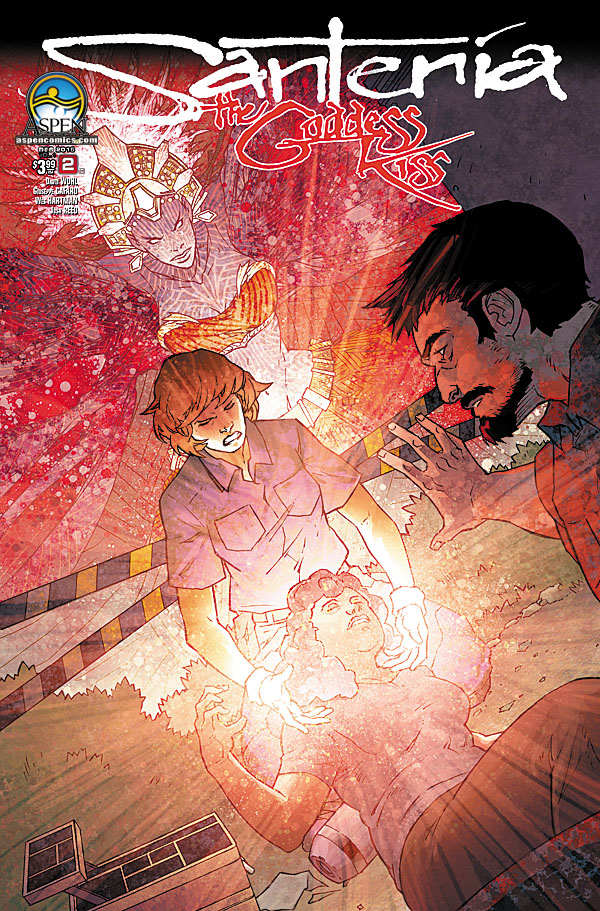 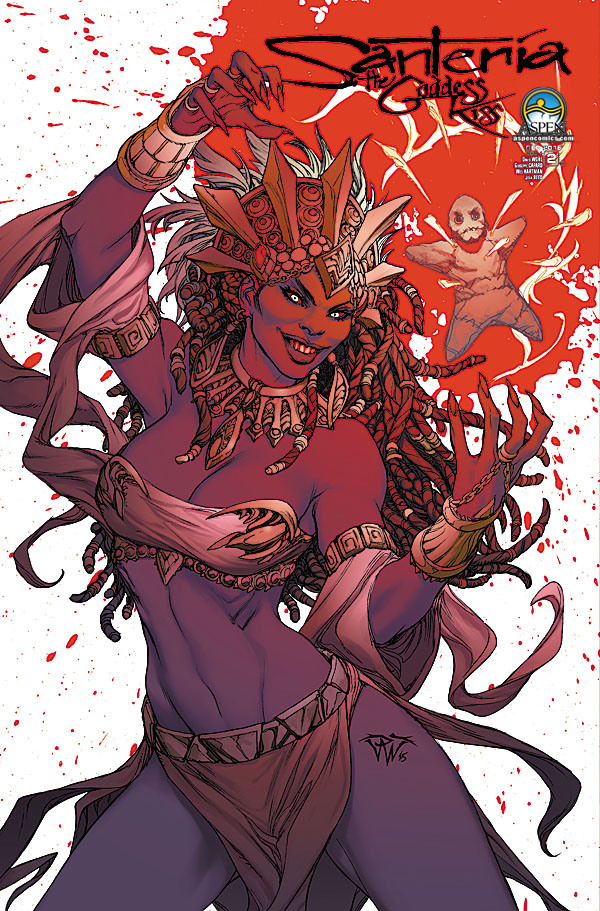 Prepare yourself to be – OVERTAKEN!

Alone on a strange new world, Will and Jessica Harden find themselves face to face against an enemy that is only out for one thing – their lives! Outnumbered and running low on weapons, their hope for survival is slim. But, if they can stay alive just long enough, help may arrive in the most unlikely of forms.

Written and created by Frank Mastromauro, featuring artwork by the talented newcomer Marco Lorenzana, OVERTAKEN is going to take your breath away and leave you gasping for more! 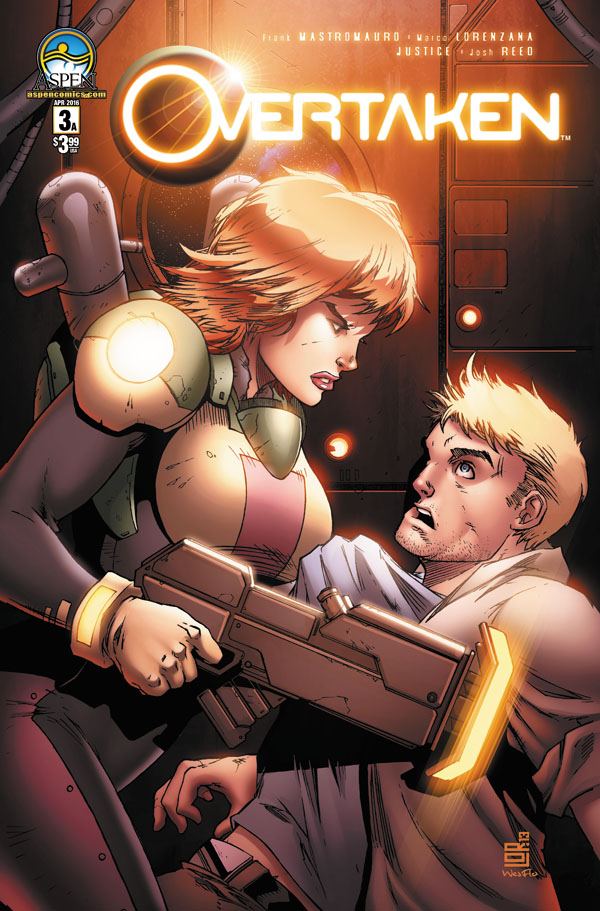 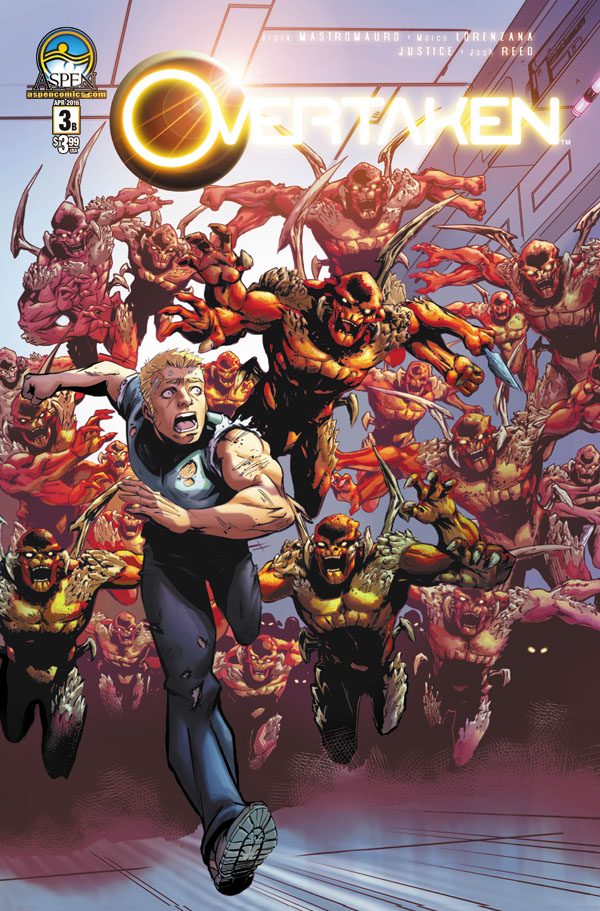 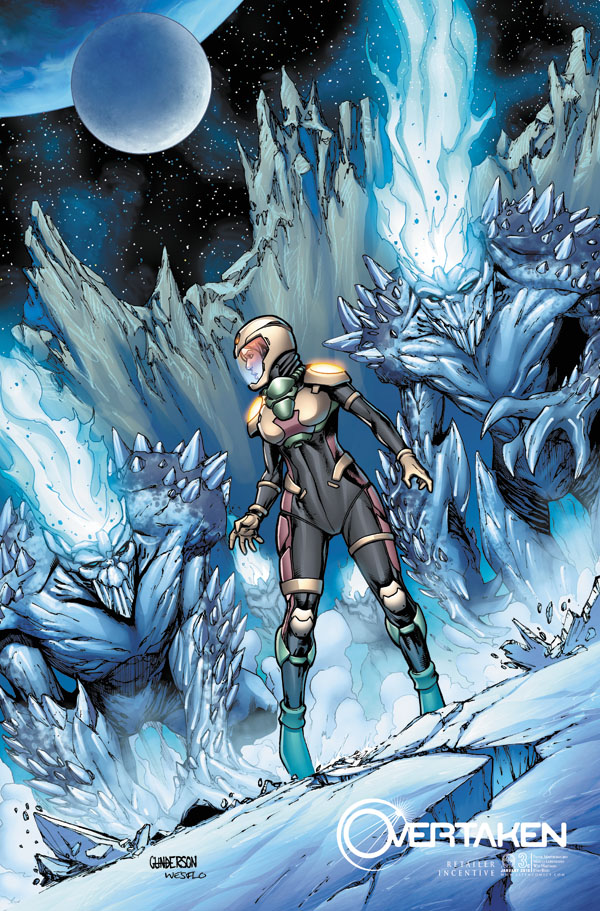 The incredible artwork of Michael Turner in its purest form! 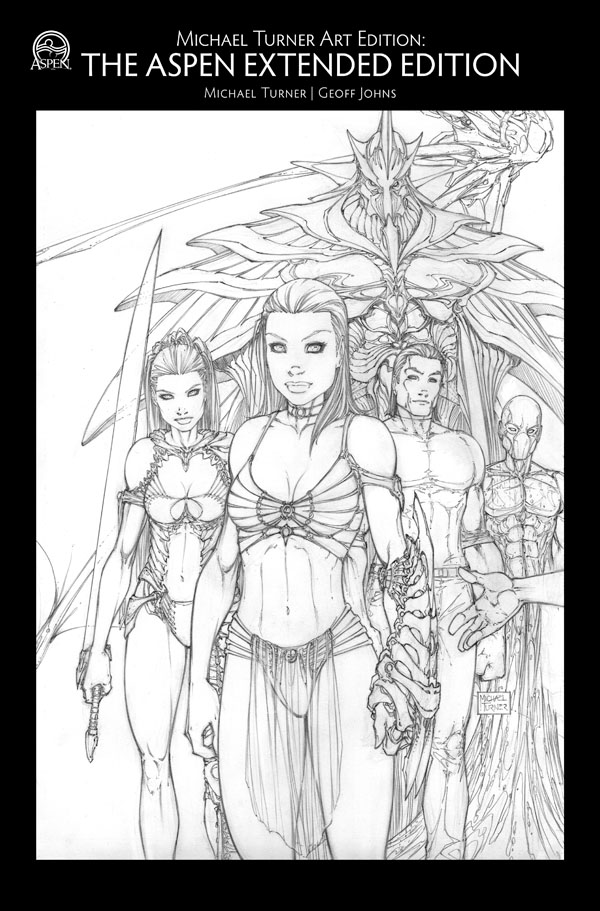 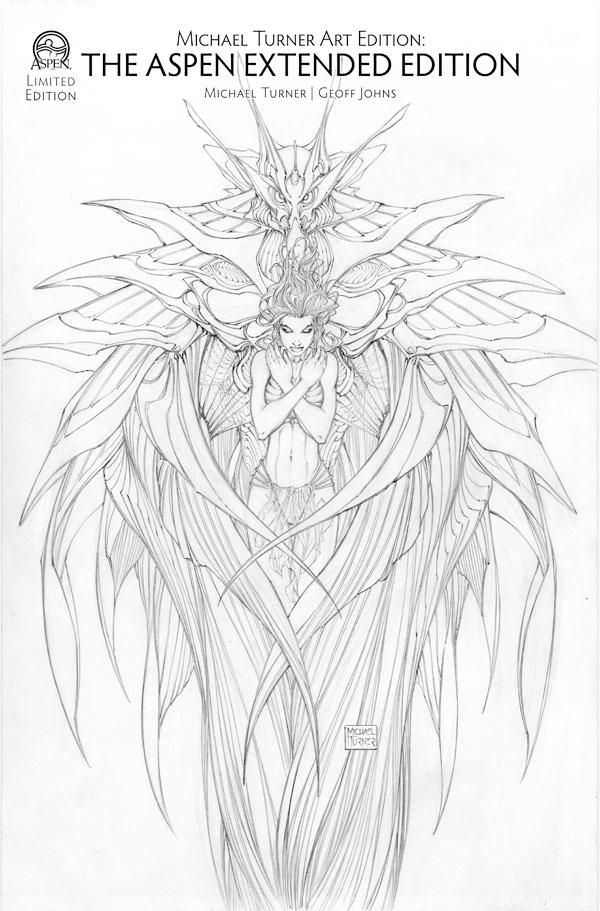 The incredible artwork of Michael Turner in its purest form!

The magical world of creator Michael Turner’s Soulfire universe comes to life with this all new black and white penciled edition collecting Soulfire Beginnings, the zero issue and issue one (volume one) in one amazing over-sized issue! Re-live the awe-inspiring first chapters of the fantasy epic Soulfire, featuring Turner’s brilliant pencils front and center as they’ve never been seen before! Uncut, uncolored–and unbelievable! 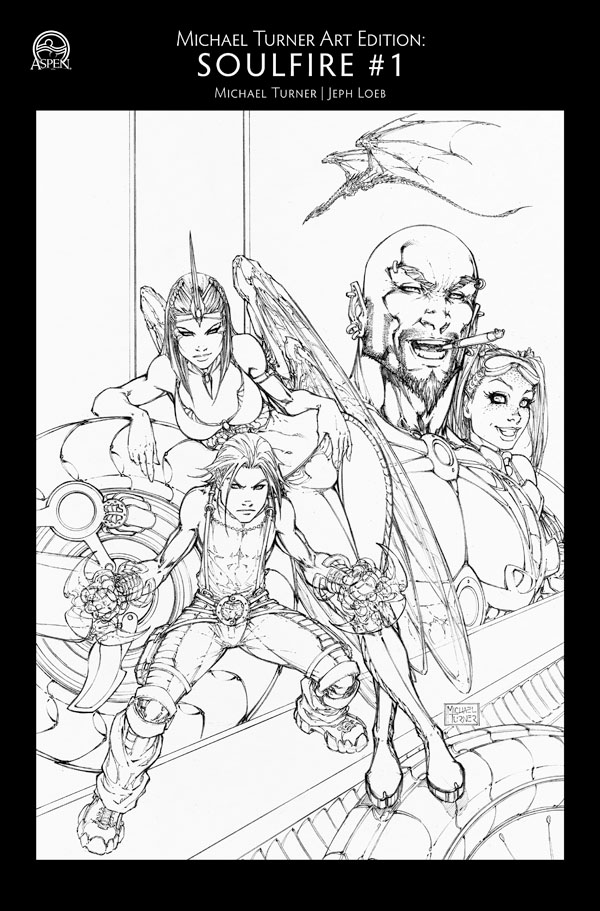 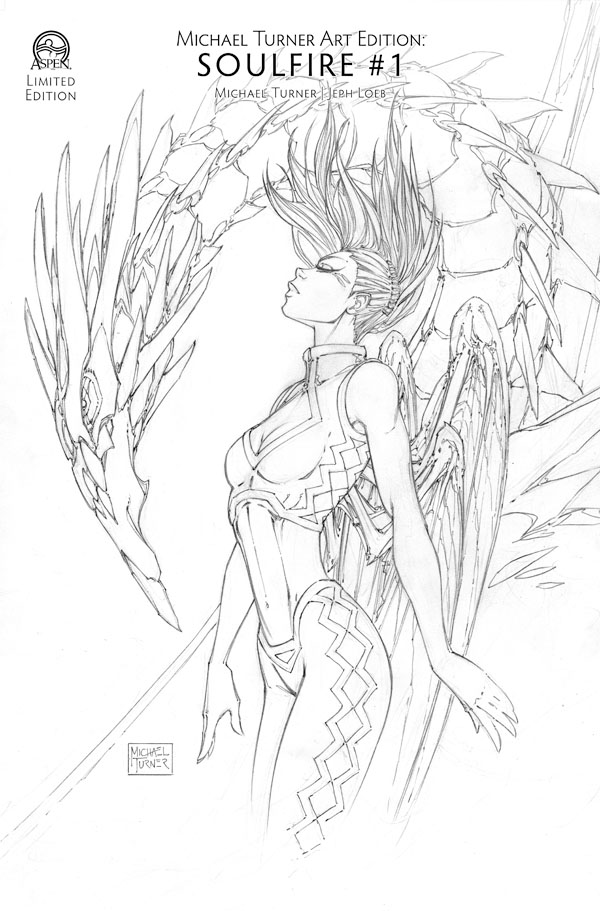