Rom the Space Knight began life as one of the first LED-driven action figures in the late 1970s, then went on to much more acclaim as a comic book hero. Now, removed from comics for over three decades, the character is being given new life in Rom the Space Knight, an all-new comic book series from IDW Publishing.

Rom the Space Knight #0 will make its debut 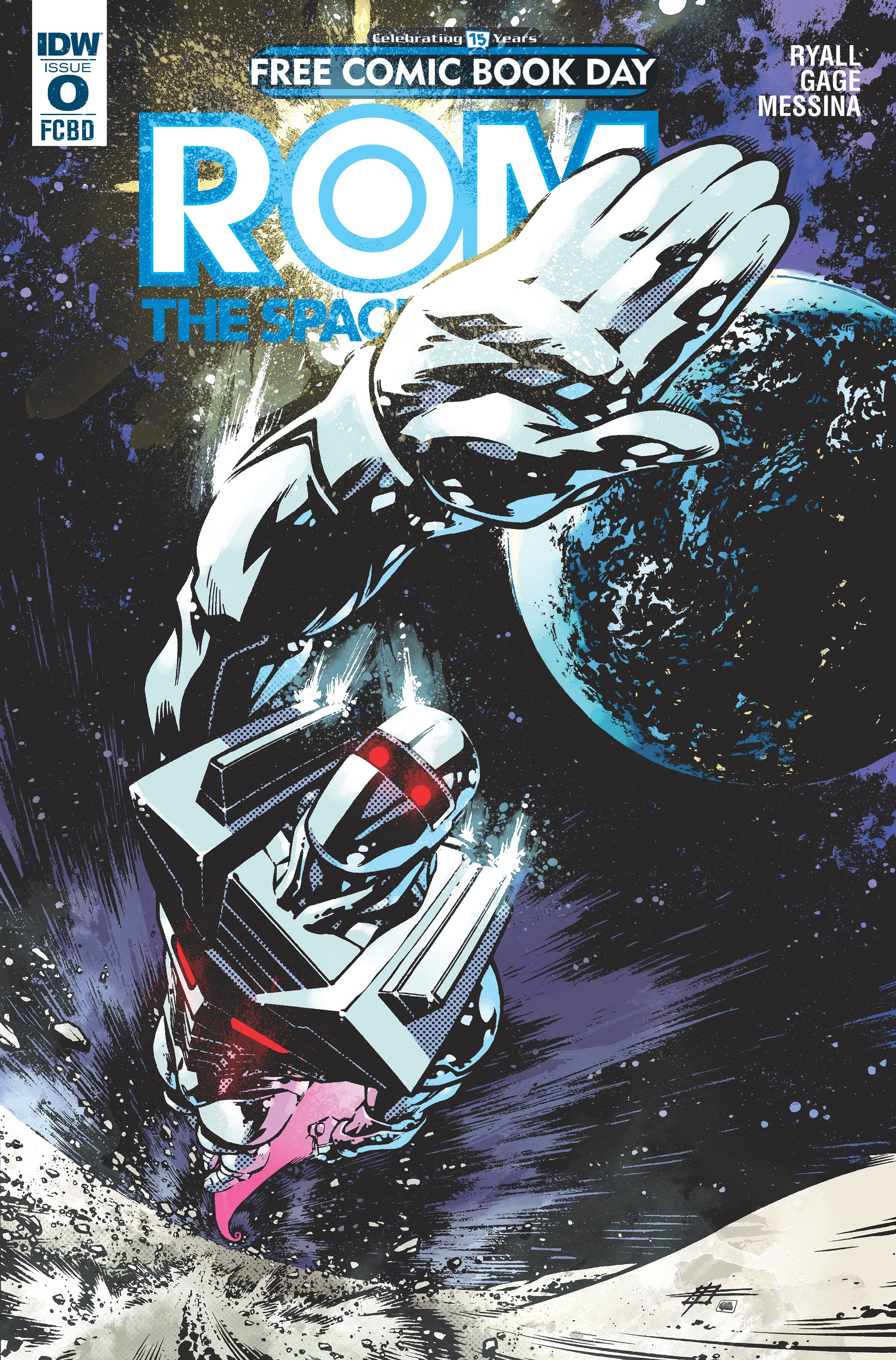 on the firstSaturday in May as IDW’s “Gold” offering for Free Comic Book Day. The annual FCBD event sees thousands upon thousands of comics from all publishers given away for free at participating comic shops. The comic will be co-written by IDW Chief Creative Officer/Editor-in-Chief Chris Ryall and acclaimed comic-book/TV writer Christos Gage. Art on Rom #0 will be handled by David Messina, who will also be sharing artistic duties on the ongoing Rom series. The cover art for Rom #0 is by theWild Blue Yonder team of Zach Howard and Nelson Daniel.

“It’s no hyperbole for me to say that launching a newRom comic is one of the things we’ve most wanted to make happen for fans,” said Chris Ryall. “I know this because I’m one of them. The character has been absent from comics for too long and we can’t wait to introduce this all-new version to the world.”

Rom the Space Knight tells the story of Rom, a member of the benevolent Solstar Order and greatest of the Space Knights, interstellar soldiers in a centuries-old war with the Dire Wraiths. The Wraiths are a race of alien invaders who’ve destroyed many planets and infiltrated Earth for nefarious purposes.

Rom the Space Knight #0 will feature an introductory 10-page story of Rom’s arrival on Earth, an incident that sets up an ongoing Rom series launching in July 2016.

“Many people have only heard of Rom but that’s it,” continued Ryall. “And those that do know of his past iteration might have some preconceived notion of what this series will be. And while we can promise that the DNA of the character as established with the original toy remains intact, there will be surprises galore as people experience a new universe built entirely around Rom and company.”

As an added bonus, the issue will contain additional content including character sketches, creator interviews and a glimpse of things to come. This debut represents a major launch for IDW and Hasbro next year, and this special first story will be free throughout the universe next May!