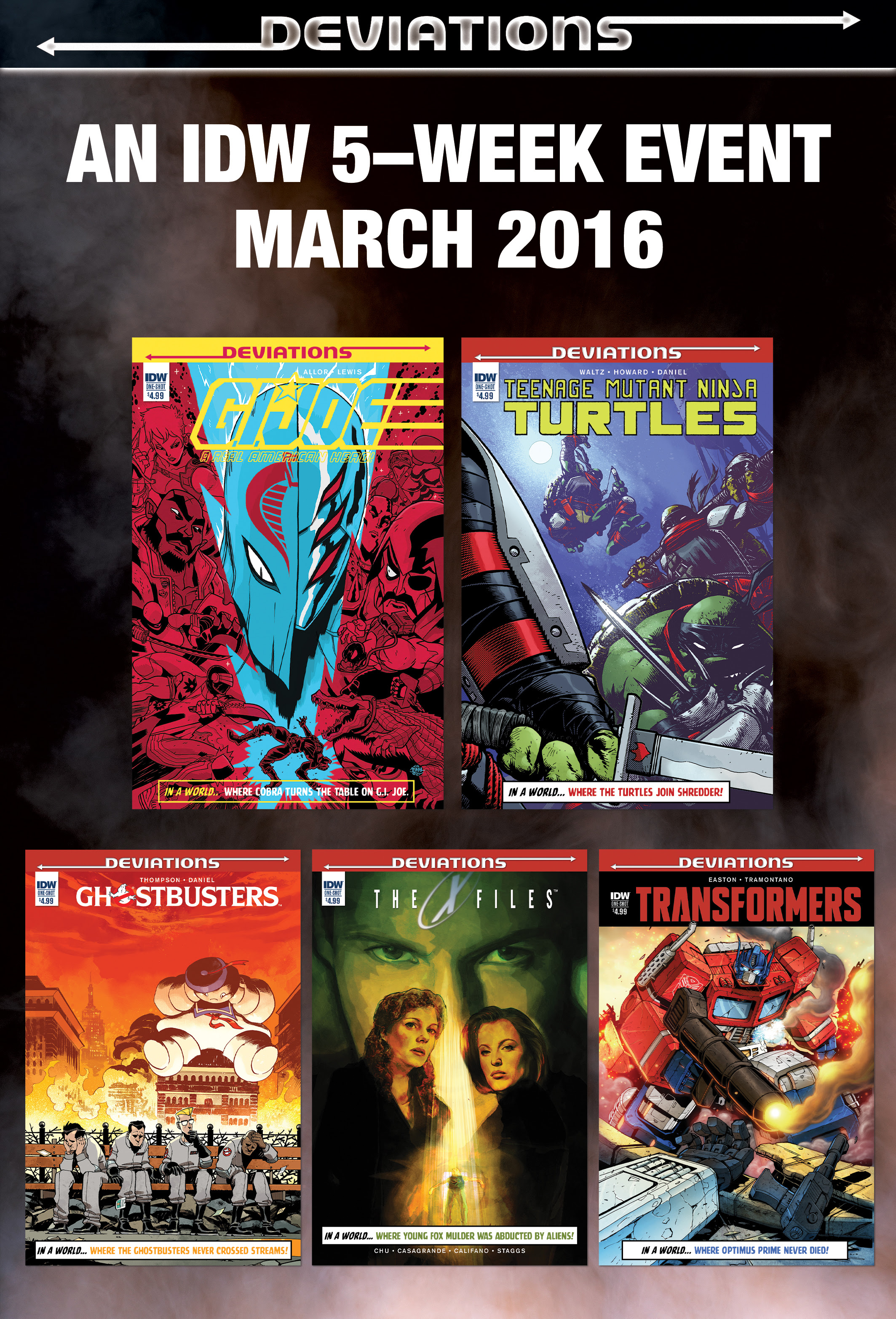 In a world where the Ghostbusters never crossed streams to save New York… In a world where Shredder was the Teenage Mutant Ninja Turtles’ sensei… In a world where all your expectations are turned upside down—welcome to the world of Deviations, a weekly event series featuring alternate takes on some of IDW’s most popular books!

Starting with the Ghostbusters, readers will be taken to alternate realities of some of the most iconic heroes in comics with weekly one-shots that each highlight a different series. G.I. JOE will follow in the second week, exploring what would happen if COBRA finally won. The TRANSFORMERS comes next, looking at what the implications would be if OPTIMUS PRIME never died! Then, in X-Files Deviations, having been abducted by aliens, Fox Mulder never returned… and finally, the Teenage Mutant Ninja Turtles one-shot will round out the event.

Both new and familiar faces will make their mark on this warped series as newcomers to the titles join fan-favorite creators!

Look for all five Deviations in your comic shop and online every week in March!