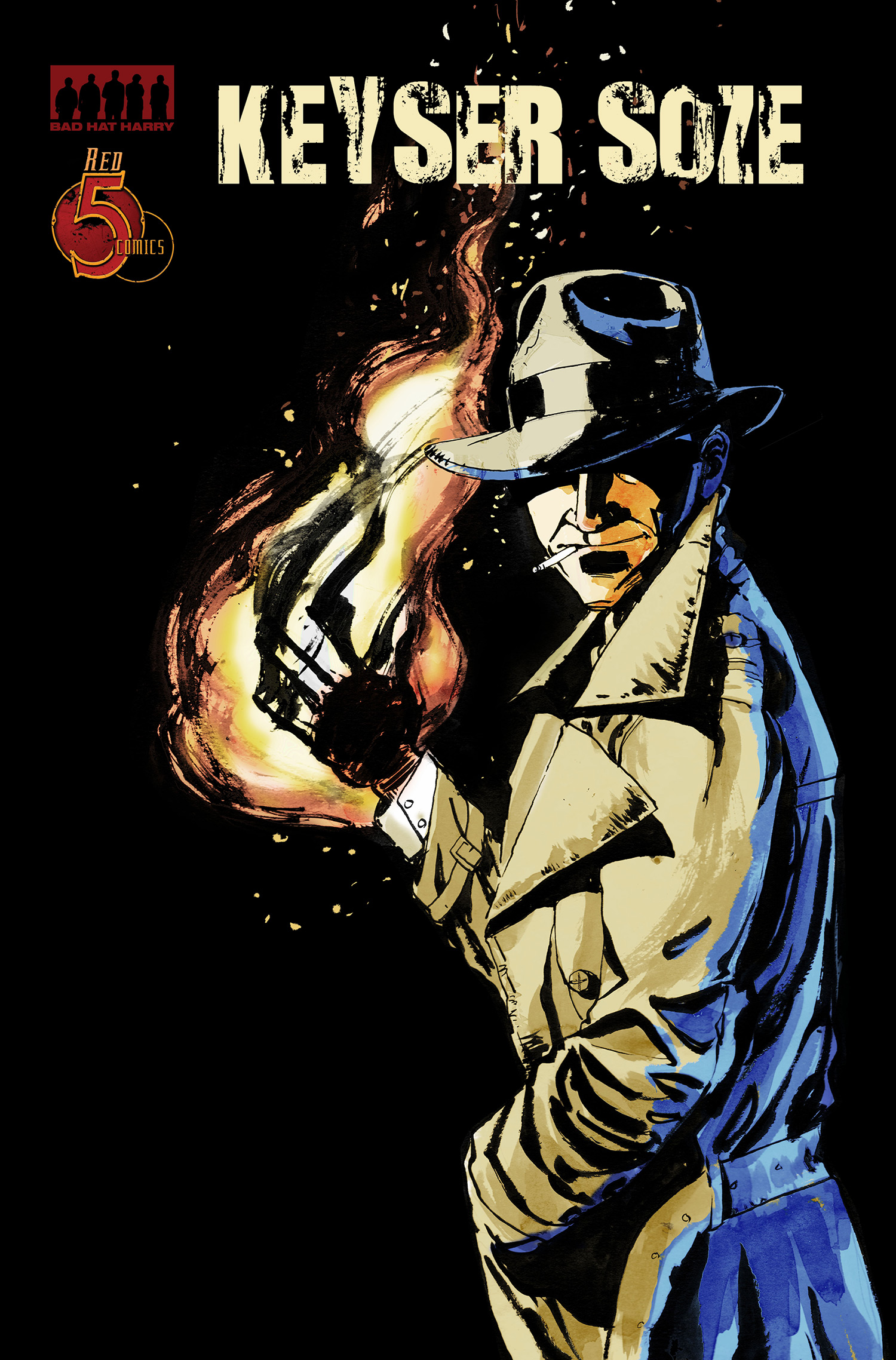 It was 1995 when “The Usual Suspects” debuted in theaters. The Oscar-winning film not only became synonymous with the modern twist ending, but it introduced Keyser Soze… one of the greatest movie villains of all time.

To celebrate the 20th anniversary of the film, Bad Hat Harry Productions and Red 5 Comics are pleased to announce a series of graphic novels based on “The Usual Suspects”. The first story arc, “Keyser Soze: Scorched Earth”, is set nine years before the events of the film as a younger Keyser Soze is establishing a narcotics empire during the tumultuous days of Ronald Reagan’s war on drugs.

Well known for bringing iconic comic book characters to the silver screen with movies like “Superman Returns” and the “X-Men” franchise, Bad Hat Harry Productions is coming full circle by bringing one of the most iconic film characters to comic book pages.

Bad Hat Harry is a production company established in 1994.  Up next for the company is X-MEN: APOCALYPSE, which Bryan Singer is producing and directing, as well as UPRISING, the adaption of Robert A. Heinlein’s famous novel “The Moon is a Harsh Mistress” for Fox. Previous Bad Hat Harry films include: X-MEN: DAYS OF FUTURE PAST, THE TAKING OF DEBOARH LOGAN, JACK THE GIANT SLAYER, U WANT ME 2 KILL HIM?, X-MEN: FIRST CLASS, VALKYRIE, SUPERMAN RETURNS, TRICK ‘R TREAT, X-MEN 2, X-MEN, APT PUPIL and THE USUAL SUSPECTS.  In television, Bad Hat Harry produced the Emmy® and Golden Globe® winning “House MD”, which ran for 8 seasons on FOX, and the acclaimed series “Dirty Sexy Money” on ABC.  Additionally, the company produced “Battle Creek” for CBS with Vince Gilligan and David Shore, “The Black Box” for ABC, the documentary “Look, Up in the Sky: The Amazing Story of Superman”, the SyFy miniseries “The Triangle”, the popular sci-fi web series “H+: The Digital Series” for Warner Brothers and the supernatural comedy “Spooked” with Felicia Day for Hulu. Upcoming for Bad Hat Harry in television is the reboot/revival of the beloved show “The Twilight Zone” with CBS TV studios.

Red 5 Comics creates and produces cinematic-style comic book entertainment. It earned the 2007 Gem Award for Best New Publisher and its titles have been nominated for two Eisner Awards and two Harvey Awards. It was founded by Paul Ens, former Director of Lucasfilm’s Lucas Online, and Scott Chitwood, co-founder of TheForce.net. For updated information on Red 5 Comics and their titles, visit www.red5comics.com