“A coward dies a thousand times before his death, but the valiant taste of death but once.”

BOOK OF DEATH: THE FALL OF BLOODSHOT #1
Written by JEFF LEMIRE
Art by DOUG BRAITHWAITE
Cover A by RAFA SANDOVAL
Cover B by JEFTE PALO
Variant Cover by DAVID YARDIN
Variant Cover by TOM FOWLER

Superstar creators Jeff Lemire (BLOODSHOT REBORN) and Doug Braithwaite (IMPERIUM) chronicle Bloodshot’s ultimate fate in a visionary tale of present and future torn from the pages of BOOK OF DEATH!

The lovers he’s known, the allies he’s trusted… All will eventually return to dust… But will the nanites that transformed Bloodshot – body, mind and soul – ever let him truly rest? For the very first time, read an essential chapter of the Book of the Geomancer as Project Rising Spirit’s ultimate walking weapon soldiers on from the modern day into the far future of the Valiant Universe…and reveals the truth behind the very last Bloodshot story that will ever come to pass…

BOOK OF DEATH: LEGENDS OF THE GEOMANCER #1 (of 4)
Written by FRED VAN LENTE
Art by JUAN JOSE RYP
Cover by MARGUERITE SAUVAGE

A special BOOK OF DEATH retailer incentive! The true history and lineage of the Geomancers – revealed here in an all-new series of never-before-seen stories from New York Times best-selling writer Fred Van Lente (IVAR, TIMEWALKER) and artist Juan Jose Ryp (Ghosted) that won’t be collected for the trade paperback!

Out of the pages of BOOK OF DEATH, the genesis of the very first Geomancer and the sacred pact that swore them to the service of the Earth can finally be told…but, with it too, the source of the divine mysteries that have haunted their line for centuries. Has their mission redeemed or corrupted the world that followed in their wake…and will the ultimate secrets of the Geomancers’ book doom us all in the end?

ATTENTION FANS:
• SPECIAL ALL-NEW LIMITED SERIES!
• QUANTITIES WILL BE LIMITED!
• NOT AVAILABLE DIGITALLY!
• WON’T BE COLLECTED FOR THE TRADE!
• ASK YOUR LOCAL RETAILER HOW TO ORDER!

ATTENTION RETAILERS:
PLEASE SEE THE DIAMOND DAILY OR VALIANT RETAILER EMAIL TO FIND OUT HOW TO QUALIFY FOR THIS LIMITED RATIO INCENTIVE. QUANTITIES WILL BE BASED ON ORDERS OF BOOK OF DEATH #1. 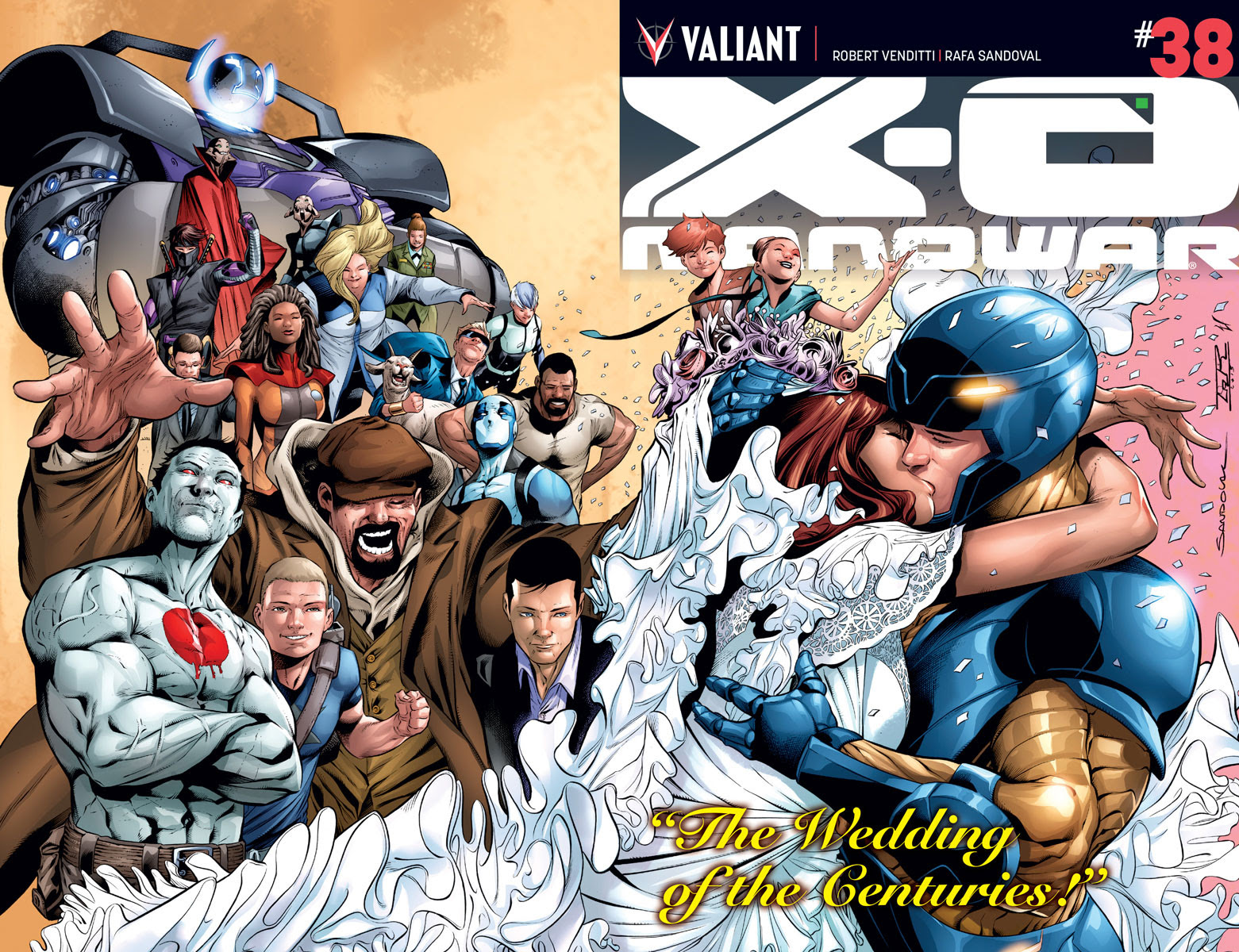 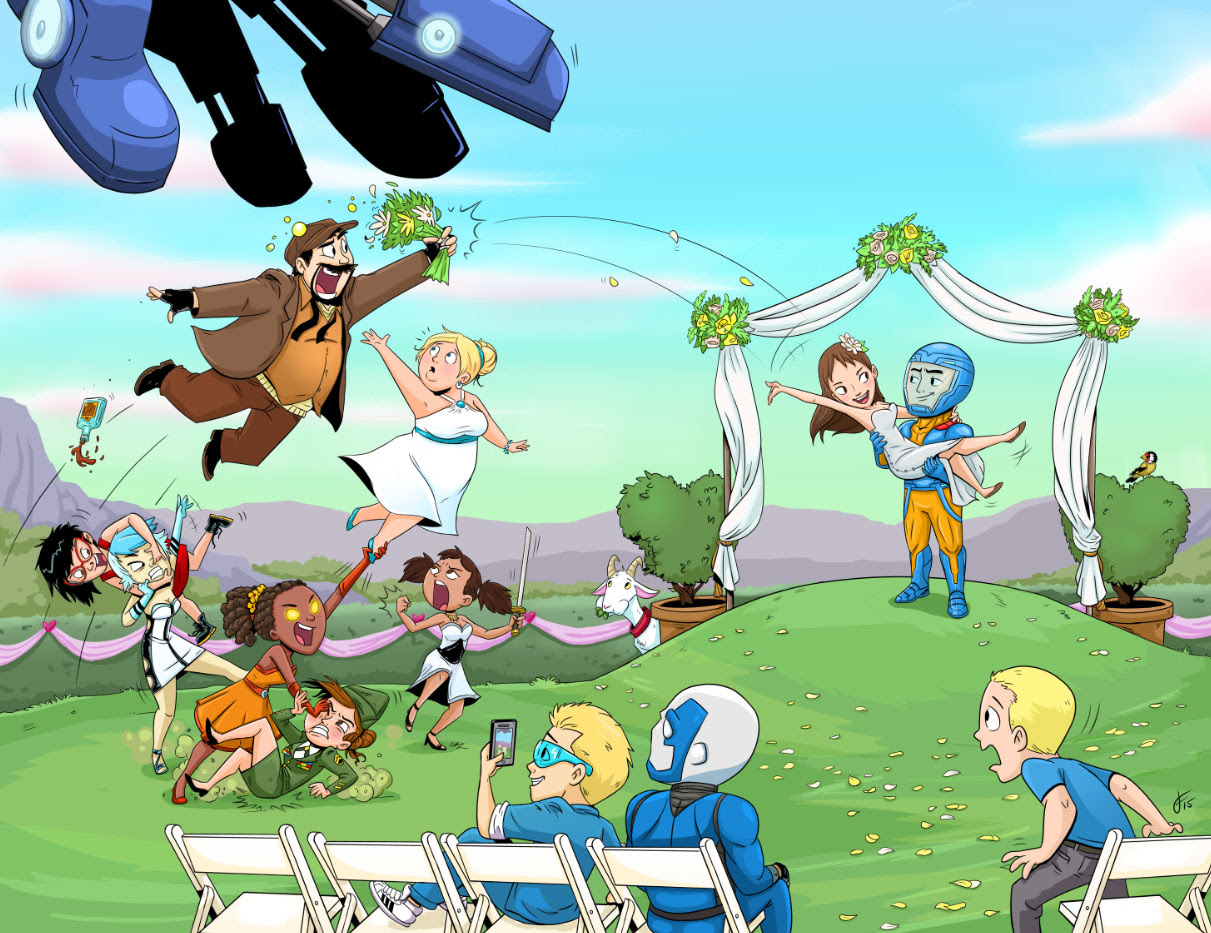 With each nanite-infected killer Bloodshot confronts, he loses more of his humanity, but with killers wreaking havoc across Colorado, does he have a choice? Meanwhile, the mysterious figure called Magic makes a move to restore Ray Garrison’s soul – but can he let go of the demons of his past? Does he even want to?

The final secret of the Shadow Seven exposed!

Ninjak’s mission to destroy Weaponeer and its secret cabal of shinobi masters just got a bit more complicated…since the newest leader of Weaponeer is… Ninjak himself?! Meanwhile, Roku’s gone missing, but we all know the world’s deadliest woman is at her most dangerous when she’s out of sight!

Plus: Colin King’s past comes back to haunt him in a big way as NINJAK: THE LOST FILES reveals a deadly connection to Ninjak’s present as Clay Mann (X-Men) returns with Matt Kindt (THE VALIANT, RAI) and Butch Guice (Captain America)!

Ales Kot (Secret Avengers) and Adam Gorham (Zero) continue the sleeper hit of 2015 with a whirlwind race against time to save the Valiant Universe!

The Anni-Padda brothers prepare a suicide mission at the end of time with Amelia Earhart, the Lurkers, and the angriest Bloodshot nanite of all time. Meanwhile, Neela Sethi is forced to make a dark decision alongside her future self. It’s the last stand of humanity against the Big Crunch as the penultimate issue of BREAKING HISTORY changes our future forever! New York Times best selling writer Fred Van Lente (ARCHER & ARMSTRONG) and Francis Portela (Green Lantern Corps) storm an enemy beachhead at the end of time itself!

Possessed of the most brilliant scientific mind on this planet–even if it’s not her own–the woman called Peace is poised to single-handedly secure Harada’s vision of global salvation… he just has to destroy everything in his way to get her. The underwater smash-and-grab heist of BROKEN ANGELS crashes into an unbelievable battle!

Out of the darkest recesses of the 20th century…the War-Monger returns to rage against the combined might of Valiant’s most elite superteam!

For thousands of years, the Eternal Warrior has waged battle; and for thousands of years, one spirit has vexed him…the spirit of warfare itself. Today, Gilad Anni-Padda and his teammates in Unity must reckon with a long-thought-forgotten enemy–unseen since Unit-Y faced it in World War II–now returned to bring destruction and death to the heroes once and for all. Unity may not survive the coming of War-Monger!

Long thought lost and erased from the history books, he has suddenly returned, crash-landing in the Australian Outback. The few that have been able to reach him believe him to be a deity – one who turned the scorched desert into a lush oasis. They say he can bend matter, space, and even time to his will. Now the rest of the world’s powers must decide for themselves – will the enigmatic Divinity offer his hand in friendship, or will Earth’s heroes fi nd themselves helpless against the wrath of the divine?

A psychic dictator, an inhuman robot, a mad scientist, a murderous alien, and a superpowered terrorist are about to try and take over the world…and you’re going to be rooting for them every step of the way!

Toyo Harada is the most dangerous human being on the planet. Imbued with incredible powers of the mind, he has spent his life guiding humanity from the shadows. But today he is a wanted man. His powers are public knowledge, his allies have turned to enemies, and he is hunted by every government on the planet. Instead of surrendering, Harada has one last unthinkable gambit to play: to achieve more, faster, and with less, he will build a coalition of the powerful, the unscrupulous, and the insane. No longer content to demand a better future, he will recruit a violent legion from the darkest corners of the Earth to fight for it. The battle for utopia begins now! Start reading here as New York Times best-selling creator Joshua Dysart – writer of the Harvey Award-nominated series HARBINGER – and superstar artist Doug Braithwaite (UNITY, Justice) begin the daring new superhero saga of the year.

The United have left Unity decimated – a member lost, a terrible secret revealed, and the entire world turned against them. Not Harada, not Dr. Silk, not even the mighty Armor Hunters left the team as fractured as this! Now, Unity must decide where their place is in this new world and whether they will stand together or fall apart. Start reading here as Valiant superstars Kindt and Pérez lead the world’s most elite superteam into a concussive showdown that will leave its members reeling…and rebuild Unity one hero at a time!