Titan Comics is pleased to announce the launch of all-new Rivers of London comics, based on the best-selling novels by Ben Aaronovitch.

Titan will be releasing a 5-part comic series penned by Aaronovitch (Remembrance of the Daleks) and Doctor Who showrunner Andrew Cartmel with art from Lee Sullivan (Doctor Who Comics).

The novels follow the adventures of Peter Grant, a young officer in the London Metropolitan Police who is recruited into a special branch of the Met that deals with magic and the supernatural.

The brand-new Rivers of London comic adventure entitled ‘Body Work’, will be set between Book 4, Broken Homes and Book 5, Foxglove Summer, in continuity with the novel universe.

Peter Grant has come a long way since first entering the special branch of London’s Metropolitan Police. With his hard-earned powers and a flair for the supernatural, it’s his job to investigate those shadowy crimes that involve urban vampires, weird folk in the Underground and, in this case, why cars are suddenly taking on lives of their own and killing innocent people!

The Rivers of London novels have sold over 1 million copies worldwide to date, and with the recent news that a TV show has been optioned, the new comic is set to be a huge smash hit!

“I’ve been a massive fan of the series for a long time and it’s always a dream to bring something you revere to life as a comic, especially when you’re working with such an incredible team of creators!” says Steve White, Titan Comics Senior Editor.

Rivers of London: Body Work #1 hits comic stores on July 15 and will also be available to read on your digital device.

To keep up-to-date with news about Rivers of London comics visit the Titan Comics website at Titan-Comics.com or connect with Titan Comics on Facebook, Twitter or Tumblr. 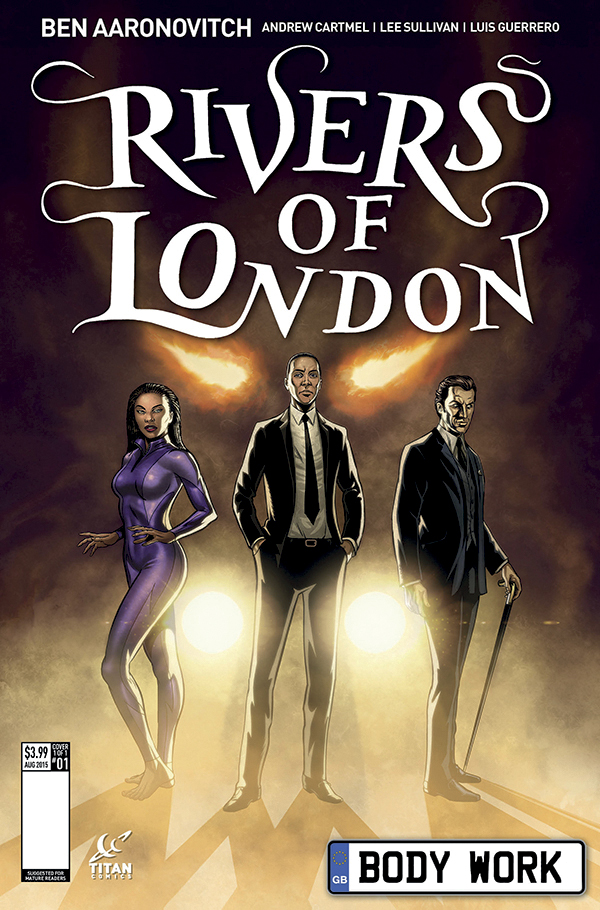