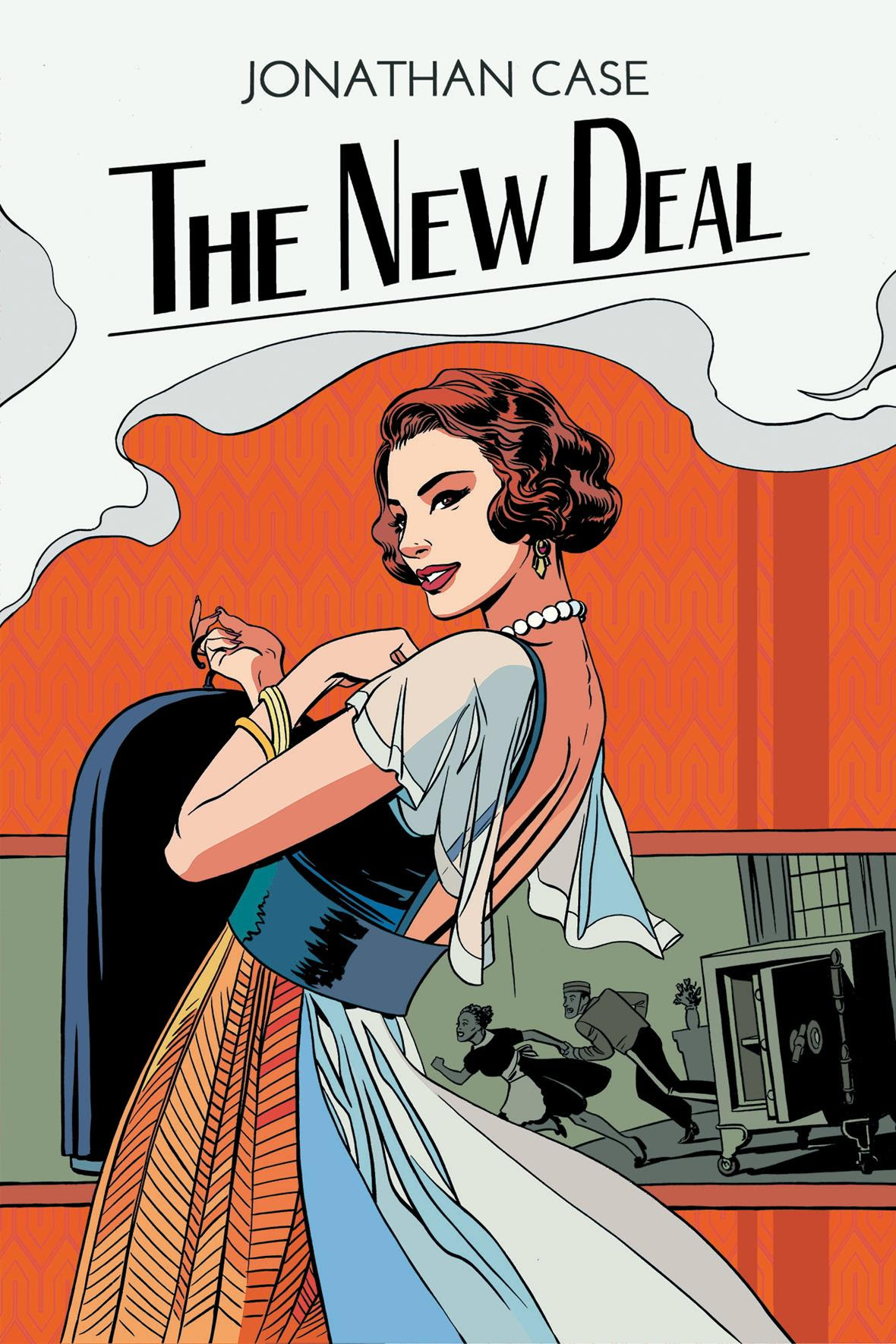 Eisner Award winner Jonathan Case (Green River Killer) is back with his latest original graphic novel, and he’s ready to take readers to an iconic era of American history.

The New Deal harks back to the 1930s and the Depression era of New York City as Case explores class misconceptions, racial tension, and deft cat burglary through the lens of a bellhop and a maid in the Waldorf Astoria.

When a charming woman named Nina checks in to the iconic hotel with a high-society entourage, young Frank, a bellhop, and Theresa, a maid, get caught up in a series of mysterious thefts. The stakes quickly grow perilous, and the pair must rely on each other to discover the truth while navigating delicate class politics.

“It’s a fun opportunity because of the comedy caper and crime aspect. It’s seen through these characters that are on the outside of everything that’s happening in the social scenes,” Case told Comic Book Resources. “It’s a really interesting time period, set in 1935, 1936, and there’s a wealth of economic and social conflicts, and exciting things happening at that time, like women’s rights and race relations. Even though it’s a comedy and it’s played mostly for whimsical laughs, I get to explore some of those things I’m interested in.”

Preorder your copy today from or your local comics retailer.

“Dear Creature is sure to be one of the quirkiest and most surprising love stories you will ever read.”—Gene Luen Yang (Boxers & Saints)
“Case’s b&w art sometimes stretches reality for humorous effect, but keeps even the strangest scenes from feeling merely grotesque. The script also generates a surprising amount of pathos for the lovers’ doomed passion. Startlingly assured for a debut effort.”—Publishers Weekly

“Case shows that he’s a creator to watch out for, and I hope he keeps doing weird and wonderful comics like this one.”—Comic Book Resources’ Comics Should Be Good

About Dark Horse
Founded in 1986 by Mike Richardson, Dark Horse Comics has proven to be a solid example of how integrity and innovation can help broaden a unique storytelling medium and establish a small, homegrown company as an industry giant. The company is known for the progressive and creator-friendly atmosphere it provides for writers and artists. In addition to publishing comics from top talent, such as Frank Miller, Mike Mignola, Neil Gaiman, Brian Wood, Gerard Way, Felicia Day, and Guillermo del Toro, and comics legends, such as Will Eisner, Neal Adams, and Jim Steranko, Dark Horse has developed its own successful properties, such as The Mask, Ghost, Timecop, and SpyBoy. Its successful line of comics and products based on popular properties includes Mass Effect, Buffy the Vampire Slayer, Aliens, Conan, EVE Online, Halo, Serenity, Game of Thrones, and Domo. Today, Dark Horse Comics is the largest independent comic book publisher in the US and is recognized as one of the world’s leading publishers of both creator-owned content and licensed comics material.