The thrilling and complex tale of a town that discovers their own terrible reality becomes even more frightening when the Sheriff of Carpenter Cove discovers whose mind he and his neighbors now reside in. “Headspace is a comic made by true craftsmen at the top of their game and the result is one hell of a trip,” says Paul Allor (G.I. Joe, TMNT)  “Great characters, amazing art, and a central mystery that I actually care about. I have no idea where it’s going, but I’m in for the ride 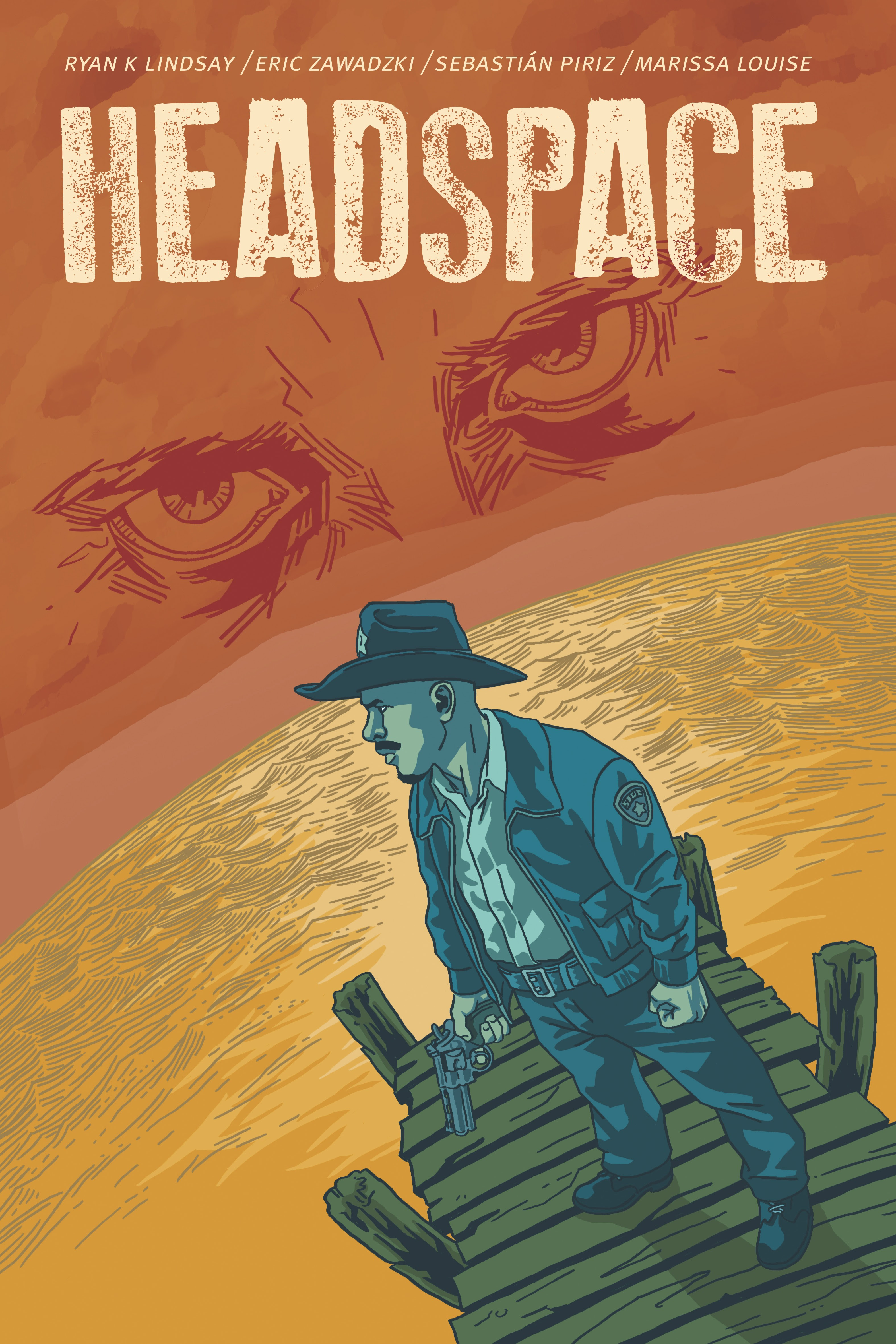 “Headspace is a personal tale Eric and I started kicking around over two years ago,” said series writer Ryan K. Lindsay, “It’s been an honor to have it digitally distributed by Monkeybrain Comics, and to be able to bring in amazing talent like Sebastian Piriz, Marissa Louise, Chris Peterson, Chris Kosek, and Dan Hill in various guises has been a collaborative blast. Having the collection now through IDW is so, so cool and I feel the emotional core of the book is strong enough to shine through the Philip K. Dick insanity in a John Carpenter flick tone we were going for. This tale of a sheriff fighting his way out of a killer’s mind is full of high concept right next to the emotional lows.”

Look for the collection in stores this April, and remember you can get any of the acclaimed Monkeybrain titles in print from IDW at your local comic shop.