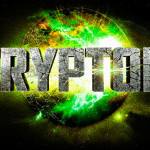 Not too long ago, Syfy made a statement that they want to return to their roots by developing strong science fiction series that build fan bases. This seems to be a step in, arguably, the right direction.

Here is the story from EW:

“The world of Superman is headed back to TV. A Superman prequel series called Krypton from Man of Steel writer David S. Goyer has landed in development at Syfy.

Here’s the pitch: “Years before the Superman legend we know, the House of El was shamed and ostracized. This series follows The Man of Steel’s grandfather as he brings hope and equality to Krypton, turning a planet in disarray into one worthy of giving birth to the greatest Super Hero ever known.”

Goyer was previously rumored to be working on such a project, but without a network or any details publicly attached. Goyer and Ian Goldberg (Once Upon a Time) will executive produce the project, with Goldberg writing a pilot script based on a story by both men.

In addition to Man of Steel, Goyer’s credits include Starz’ Da Vinci’s Demons, NBC’s Constantine and the upcoming Man of Steel sequel Batman vs. Superman.”

It seems to have all the right people on board, and Syfy can bring a big budget, as seen by shows like Battlestar Galactica. As think as long as it doesn’t fall victim to the faults as Gotham (e.g. introducing too many familiar characters too quickly while almost re-writing an entire mythos), it could be good.

More to come as this develops.