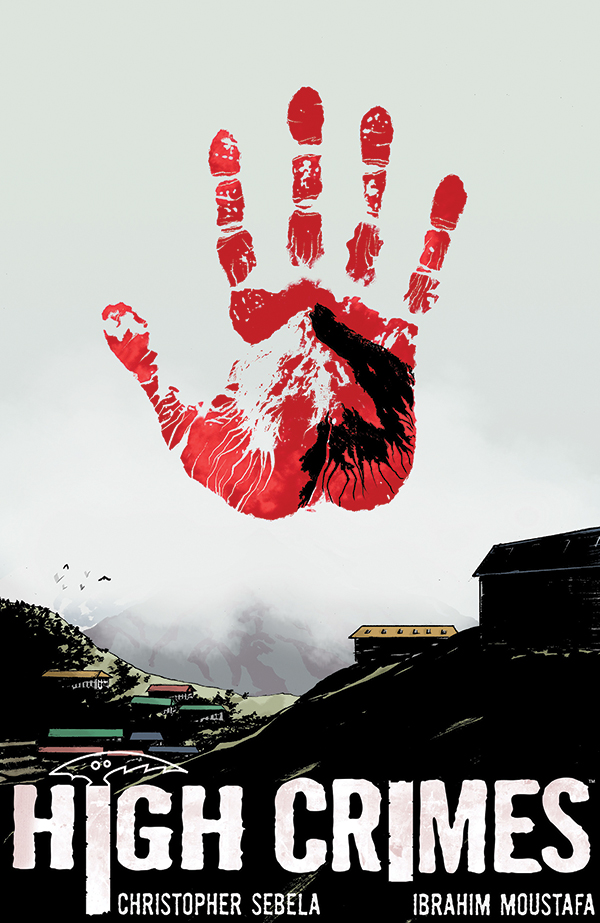 Dark Horse will publish a stunning hardcover that collects all twelve issues of the critically acclaimed, multiple Eisner Award–nominated, and Stumptown Comics Art Award–winning Monkeybrain digital comic by Sebela (Captain Marvel, Alien vs. Predator) and Moustafa (The Pound: Ghouls Night Out). New York Times best-selling author Chelsea Cain calls High Crimes “the perfect thriller.” And Matt Fraction, the Eisner Award–winning writer of Sex Criminals, says, “Instead of just yelling at people to read High Crimes, now I can throw it at them at the same time.”

Disgraced Olympic snowboarder Zan Jensen has relocated to Kathmandu as a climbing guide, while running a sideline business as a high-altitude grave robber. When a body is found at the summit of Everest with a treasure of state secrets under its skin, Zan finds herself in the crosshairs of a government hit squad bent on bringing the body home. As she races to the roof of the world, Zan will navigate bullets and avalanches to find salvation in the deadliest place on earth.