In anticipation of Paris Comics Expo this weekend, IDW Publishing is pleased to announce they will be bringing to print The Infinite Loop, the wildly successful Kickstarter-run project, as a 6-issue miniseries starting in April 2015.

The Infinite Loop is a science-fiction series that asks the age-old question, “What would you risk for a chance at true love?” Meet Teddy, a young woman who lives in a faraway future where time traveling is a common practice and her job is to maintain the status quo by correcting time paradoxes. But when she meets Ano, “a time paradox” and the girl of her dreams, Teddy must decide between fixing the time stream or the love of her life, both of which have unique consequences. The Infinite Loop began earlier this year as a wildly successful crowdfunded project created by the team of writer Pierrick Colinet and artist Elsa Charretier and described by Comic Book Resources’ Robot 6 as “channeling early-period Steve Rudewith the page composition of George Pérez…” For the comic-book series, Elsa will be providing all-new covers. Issue 1 also features a variant cover by Stéphanie Hans. “When Elsa showed off a sample copy of issue 1 at this October’s NYCC, everyone at IDW 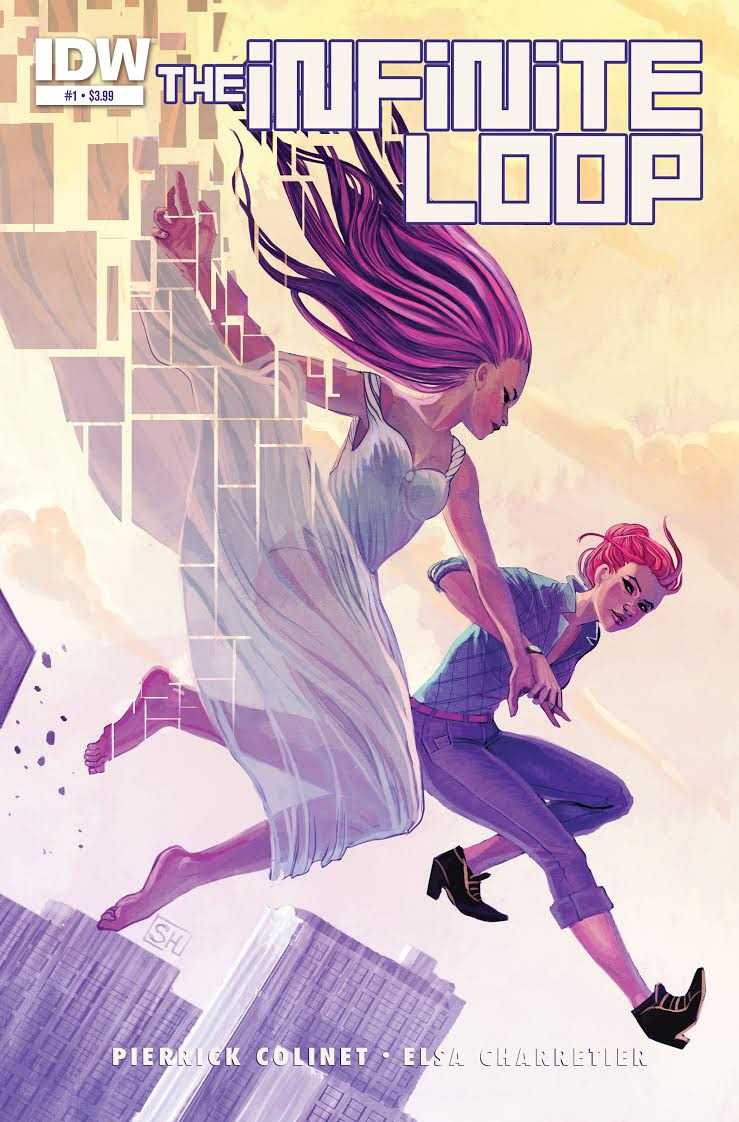 who saw it was desperate to bring it here. The talent and creativity abound on every page. This book is a very welcome title to our roster,” said Chris Ryall, IDW’s Chief Creative Officer/Editor-in-Chief. “I’ve always loved American comic books, and I’ve always written that way, so having one of my book published monthly is really meaningful to me,” said co-creator and series writer, Colinet. “Especially for this story, which is so personal and important to us. And I’m glad we got to join the fantastic IDW team, who showed a true excitement towards The Infinite Loop from the beginning.” “Having The Infinite Loop released in the US is so incredible for us,” said co-creator and series artist, Charretier. “When we started working on this story, we were on our own, just the two of us, trying to make this book happen. Crowdfunding and the huge support we received gave us the opportunity to complete it, and now IDW is allowing us to present it to a whole new audience!”