Two teams of legendary heroes will join forces this fall to save New York City and the world from the paranormal and the monstrous when the Teenage Mutant Ninja Turtles cross paths with the Ghostbusters! With both franchises celebrating their 30th anniversaries this year, it’s never been better time to team up Proton Packs with Ninjutsu! Transported to a different universe by a faulty invention, the TMNT find themselves in a New York City much like their own, but with one major exception: a rampant ghost problem! If that weren’t enough, the Turtles and their reluctant new hosts, the Ghostbusters, soon find that the Turtles didn’t come alone… The crossover is written by two talented 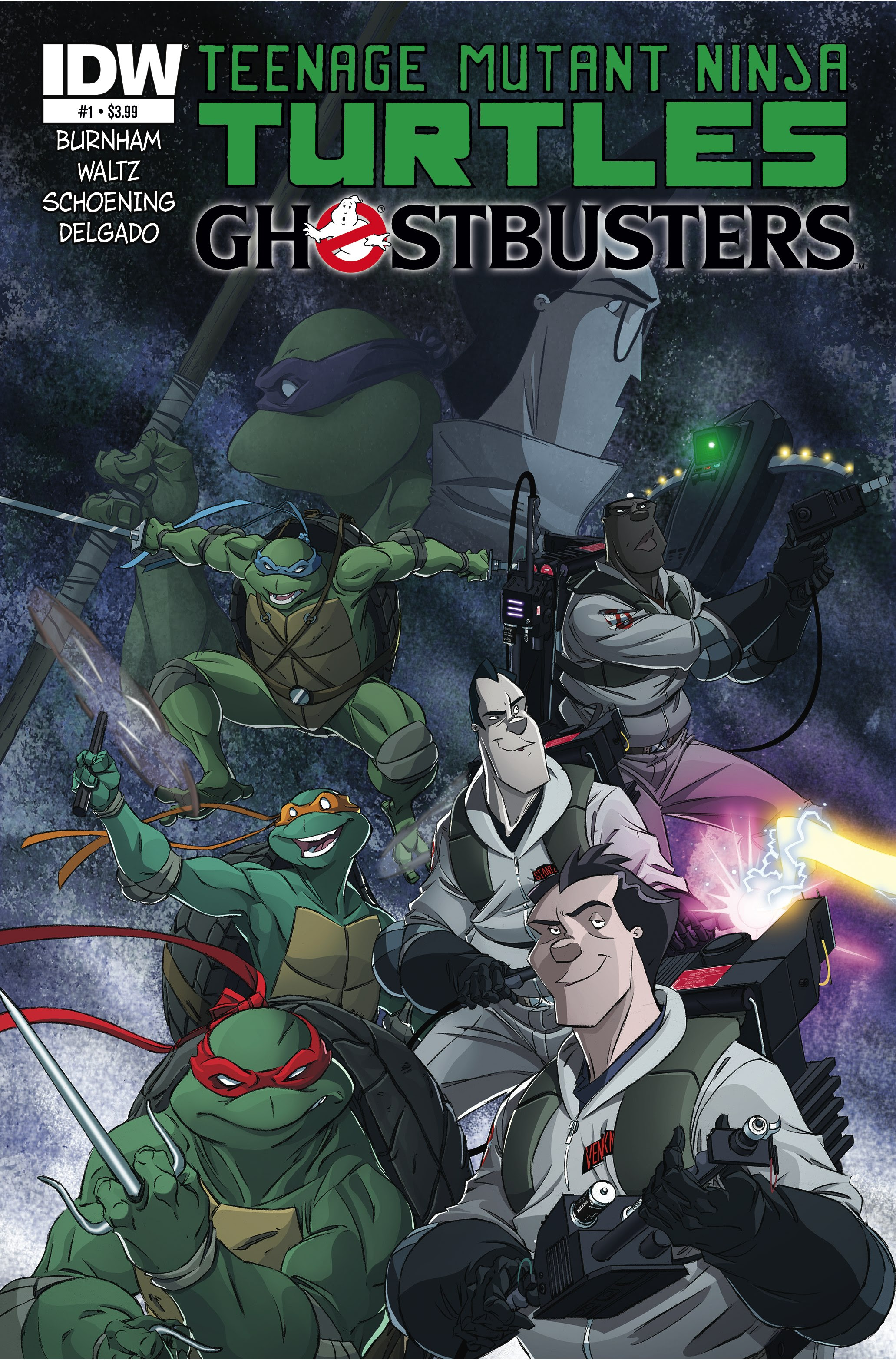 creators who couldn’t be better acquainted with these unique franchises — Tom Waltz andErik Burnham. In addition to writing the ongoing Turtles series at IDW, Waltz has also served as editor for the ongoing Ghostbustersseries, written by Burnham ­who, in turn, co-wrote the critically acclaimed series Teenage Mutant Ninja Turtles: The Secret History of The Foot Clan.  “A couple of years ago, Tom Waltz and I chatted like the fans we are about how insanely fun this crossover would be if we ever got the chance to write it,” said series co-writer Erik Burnham. “As I sit here today, my excitement level is at eleven.” “This is an idea that Erik, series editor Bobby Curnow, and I have bounced off each other for quite a while,” said series co-writer Tom Waltz. “And being as deeply entrenched in both properties as the three of us are gives us a unique perspective on how to bring them together. And what better time to do it than during the combined 30th year anniversary celebration?” “Both Ghostbusters and Turtles are fun, funny and just a little bit weird,” said Curnow. “So putting the two together is a natural choice, especially when you consider the fact that Tom and Erik have worked on both properties for years. This one should be an absolute blast!” Long-time Ghostbusters artist Dan Schoening will take on cover and interior art duties. Currently showing off the immensity of his talents in the Ghostbusters arc “Mass Hysteria,” Schoening has proven his ability to give this special mini-series the epic scale it deserves. Issue #1 will sport a variant cover by T-Rex Jones, who has provided covers to both series at IDW. Actively hoped for by fans for years, this epic four-issue event kicks off this October!