In the prose anthology Shadow Show, acclaimed writers gathered to pay tribute to the work of the incomparable Ray Bradbury, known for such timeless classics asFahrenheit 451, The Martian Chronicles, and The Illustrated Man. What resulted was a collection of remarkable and unique stories that beautifully illustrate Bradbury’s enduring imprint on the fantasy, science fiction, and mystery genres. 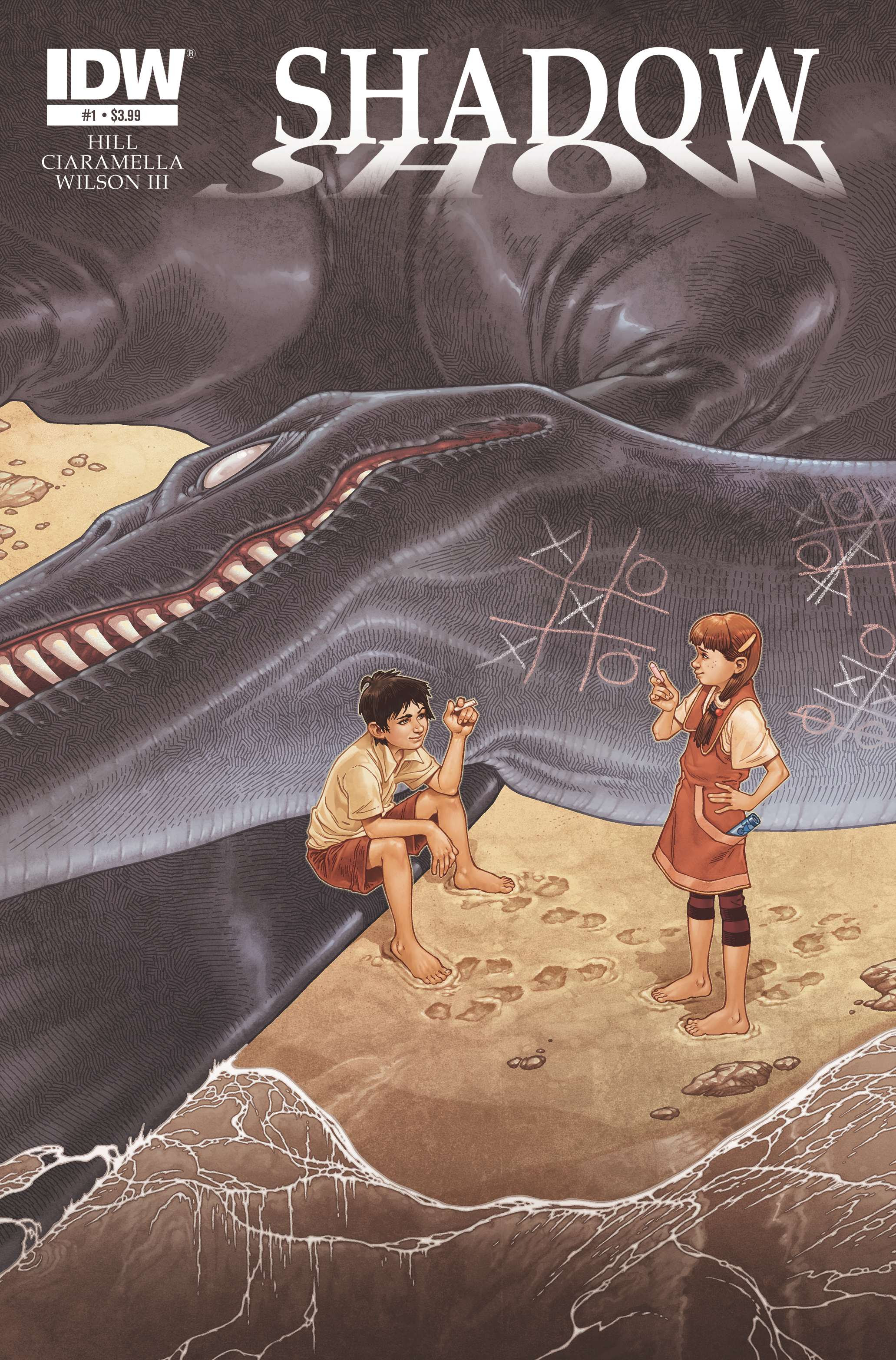 This November, IDW Publishing will take a selection of these stories and pair them with some of comic book’s biggest and brightest artists for a 5-issue series of comic-book adaptations. Shadow Show #1 starts with the haunting and melancholy “By The Silver Water of Lake Champlain,” written by Joe Hill (Locke & Key) and adapted by Jason Ciaramella (The Cape) with art byCharles Paul Wilson III (Wraith) and a gorgeous cover by Locke & Key co-creator Gabriel Rodriquez. “The pairing of Bradbury-inspired stories written by some of the best prose writers working today made for an amazing tribute book,” said Chris Ryall, IDW’s Chief Creative Officer/Editor-in-Chief, “and to see them brought to life by such amazing artistic talents not only helps further Bradbury’s legacy, but it’s making for some damned good comics, too.” “The anthology Shadow Show is a loving homage to Mr. B, so it’s great to see some of these stories in comics format. Ray considered comic strips central to his education and inspiration and Bradbury stories adapted for the classic EC stories helped raise the bar for all the comics that followed,” said Sam Weller and Mort Castle agreed.  Issue 2 will see Neil Gaiman’s “The Man Who Forgot Ray Bradbury,” brought to life with artist Maria Fröhlich, and artist Eddie Campbell will tackle Audrey Niffenegger’s “Backward In Seville.” Writer/EditorMort Castle and Bradbury biographer Sam Weller, who compiled the Shadow Show prose anthology, are onboard to help bring these stories to life in comic form. Other Shadow Show stories to be included are Harlan Ellison’s “Weariness,” Dave Eggers’ “Who Knocks?” and Alice Hoffman’s “Conjure” with accompanying artists to be announced. Haunting paintings by Shane Pierce will grace all subscription variant covers for this series.