Orphan Black, the acclaimed sci-fi series by Temple Street Productions, assumes a new identity in the form of a comic-book series from IDW Publishing. IDW’s series will not be a clone of the show but will feature some all-new stories set in the complex and thrilling world of Orphan Black. 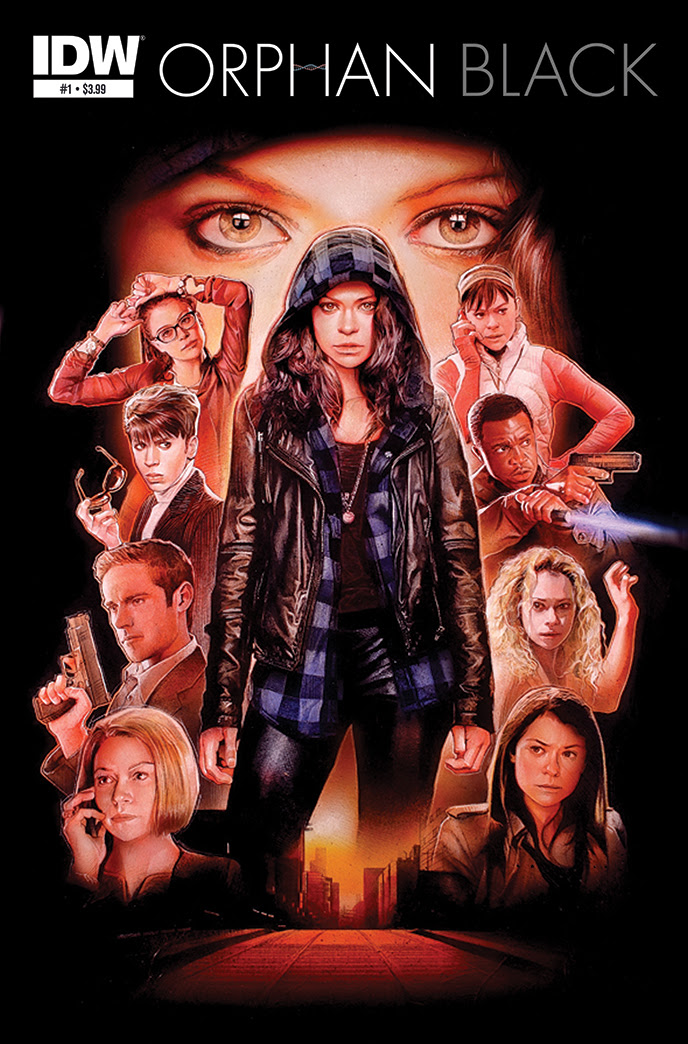 “Orphan Black, in addition to being a captivating TV series, is a perfect premise for comics,” said Chris Ryall, IDW’s Chief Creative Officer/Editor-in-Chief. “And as the second season has expanded the series in exciting new directions, that has only increased the amount of stories we’ll be able to tell in comic-book form.” Orphan Black, which has just been renewed for a third season, centers on Sarah Manning, who after witnessing the suicide of a woman that appears to be her doppelgänger comes into the knowledge that this woman and indeed herself, are two of many biological clones. Sarah takes on the woman’s identity and uses her position as a police detective to uncover the mystery behind what she is and what that means. IDW Publishing is known for its authenticity and attention to detail when approaching licensed properties and Orphan Black is sure to be a comic book series a delight existing fans and make new ones. “We’re so thrilled for Orphan Black to take shape as a comic series and join the ranks of IDW’s impressive roster,” said John Young, Managing Director of Temple Street Productions. “Orphan Black was met with an enormous amount of enthusiasm at last year’s Comic-Con which really inspired us to give back to fans of the show through a medium so vital to the science fiction world.” IDW will be working closely with the show’s producers to expand the Orphan Black world. The first cover image seen here is by artist Nick Runge. The full creative teams and series details will be announced soon, with the first comic-book series launching in early 2015. Striker Entertainment on behalf of Temple Street Productions brokered the deal. Follow IDW Publishing on Facebook and Twitter for more information and details as they become available. About Temple Street ProductionsTemple Street Productions is a leading producer of television, film and digital media content based in Toronto and Los Angeles. A selection of Temple Street’s past and present projects include ORPHAN BLACK (BBC America, Space), BEING ERICA (CBC, SOAPnet), THE NEXT STEP (Family Channel), WINGIN’ IT (Family Channel), COOK’D (YTV), OVER THE RAINBOW (CBC), RECIPE TO RICHES (CBC), COVER ME CANADA (CBC), BILLABLE HOURS (Global, Showcase), CANADA’S NEXT TOP MODEL (CTV), HOW DO YOU SOLVE A PROBLEM LIKE MARIA? (CBC), QUEER AS FOLK (Showtime, Showcase), and DARCY’S WILD LIFE (NBC, Discovery Kids, Family Channel).  For more company information www.templestreetproductions.com, twitter @TempleStreet and connect with us on Facebook.