Celebrating all things Cybertronian, TRANSFORMERS fans will converge on Pasadena, California this weekend, from June 19th – June 22nd to attend the annual BOTCON convention! With special convention exclusives, illuminating panels, and talent-filled signings, IDW is geared up to be part of the acclaimed franchise’s special anniversary year. Join More Than Meets The Eye writer James Roberts, on Friday, June 20th at 9 AM and Saturday, June 21st at Noon in Conference Center 104 for spotlight panels that will cover Roberts’ career and history with the Transformers. On Sunday, June 22nd at 11 AM in Conference Center 104 the Robots in Disguise creative team of John Barber and Andrew Griffith, and the Windblade team of Mairghread Scott and Sarah Stone will discuss the far reaches of the Transformers series’ at IDW, plus a few hints at what’s to come! Fans of IDW’s Transformers books will have 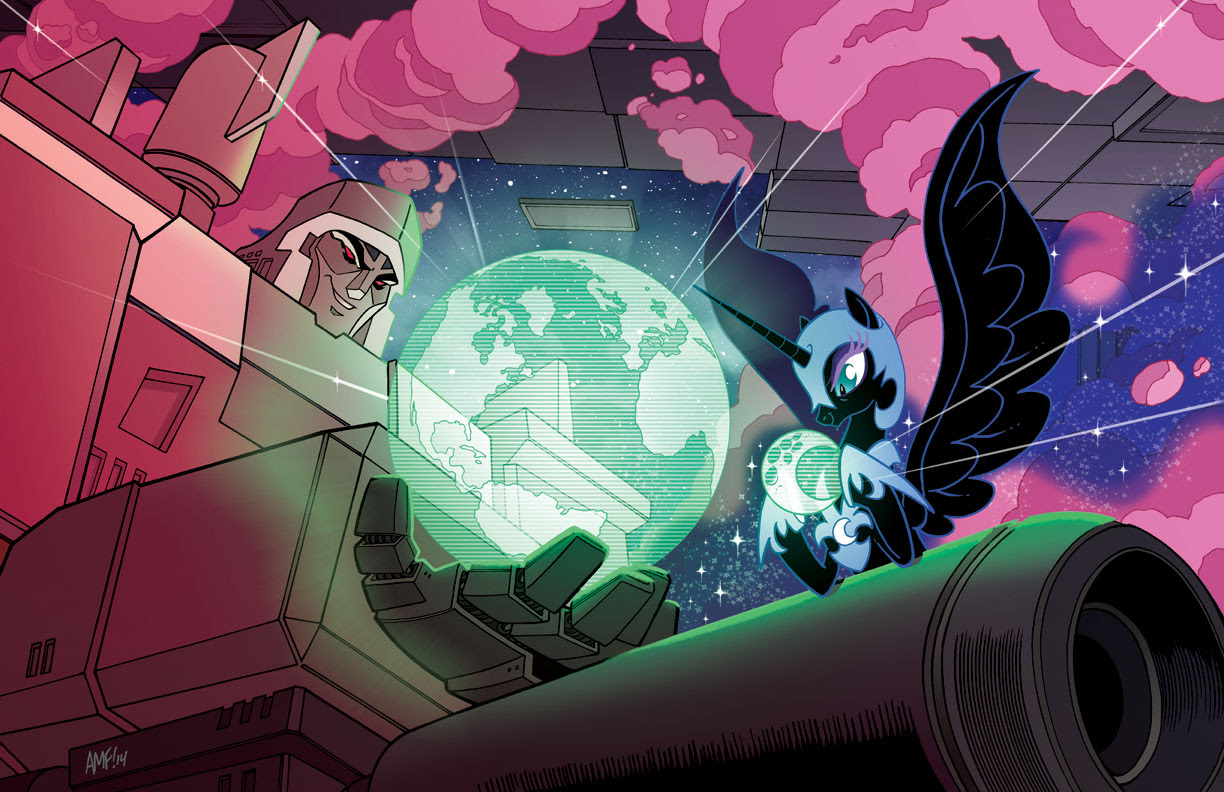 a chance to meet the talented creators at signings throughout the weekend at the IDW booth. BOTCON 2014 is the only convention where you can meet the teams behind all three acclaimed titles! IDW will have three convention exclusive titles available, all celebrating the Transformers 30th anniversary. Robots In Disguise #30,More Than Meets The Eye #30, andRegeneration One #100 will feature exclusive covers at $10 each, or $25 for all three. The IDW booth will also be stocked full of Transformers comics to either help you fill the gaps in your collection or start you from scratch. After the popularity of last year’s 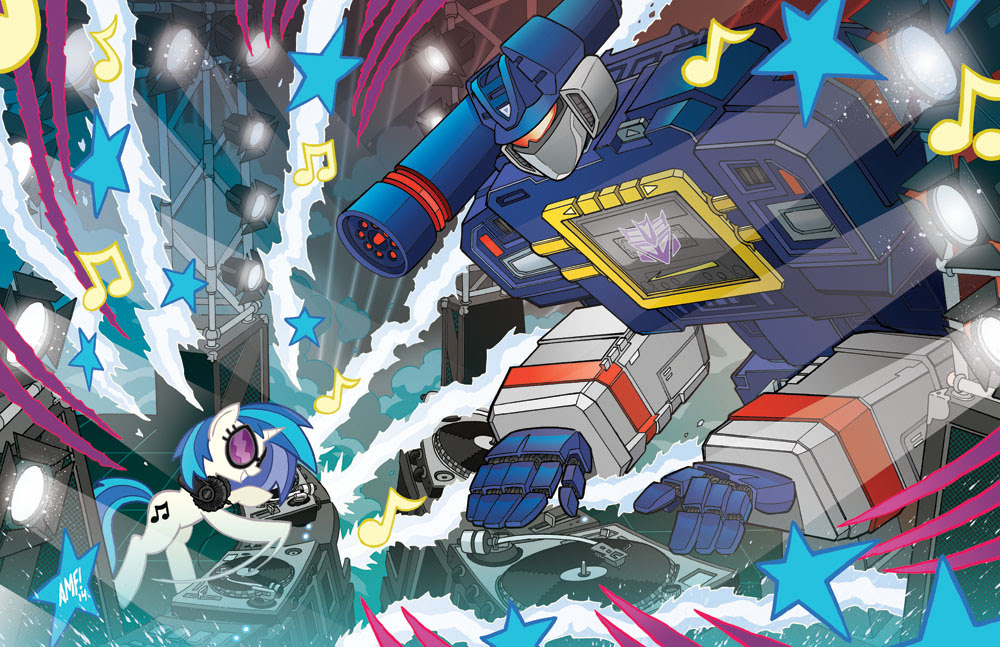 sold-out lithograph featuring My Little Pony and The Transformers, IDW Limited will have two brand new pieces available; DJ Pon-3 with Soundwave and Megatron with Nightmare Moon, art for both by Tony Fleecs. These prints are limited to 250 copies, and available for $25 each. IDW’s newest sensation, the Micro-Comic Fun Pack will kick off an all-new TRANSFORMERS line at BOTCON with 4 packs featuring different characters; Drift, Grimlock, Optimus Prime, and Bumblebee. All packs contain a mini-comic, fold-out poster, stickers, and more for $2.99 each, or buy 3 and get 1 free only at BOTCON! Follow IDW online at facebook.com/idwpublishing and @IDWpublishing for updates and announcements throughout the show!