IDW Publishing is very pleased to announce that Allison Baker will be joining the publisher as Director of Operations. Allison’s primary role will be coordinating and expediting the operation of IDW Publishing’s ever-increasing production schedule, working directly with the Editorial and Production departments, as well as the newly formed IDW Games division. Allison is the co-publisher and co-founder of Monkeybrain, Inc., originally founded as a traditional print independent book publisher specializing in science fiction & fantasy and nonfiction genre studies. In 2012, Monkeybrain launched a new creator-owned digital comics line, Monkeybrain Comics, which has garnered several Eisner Award nominations, including an Eisner Award win for Best Digital Series in 2013.  “I’ve been impressed with Allison’s skill set 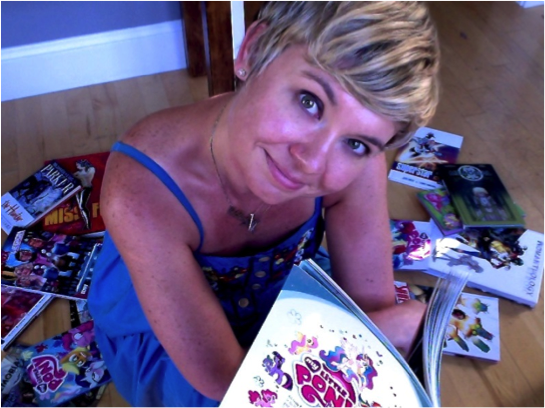 since we started working with her, publishing the Monkeybrain titles,” said Ted Adams, IDW CEO and Publisher. “When this position opened up, she was the first person I thought of, and I’m excited she was able to accept it. We’re all looking forward to what she can bring to the table at IDW.”  “I am beyond thrilled to be joining the IDW team,” said Allison. “IDW publishes so many fantastic comics for so many different kinds of readers, and really strives to discover new ways to deliver them to audiences. A diverse comics field is a healthy one, and I’m delighted to be a part of that in any way I can.” The most important qualities in an ideal Director of Operations are flexibility and a wide range of expertise. Allison’s experience in both the publishing and entertainment industry certainly fit the bill. She held the position of Director of Operations for Robert Rodriguez’s Troublemaker Studios from 2002 to 2005, and for the last eight years served as Director of Production at Joe Slade White and Co., an award-winning political media consultancy firm that produces radio and television spots for political campaigns, initiatives, and corporations on city, state, and national levels. Most recently, Allison has become well known for writing the column “Allison Types” for Comic Book Resources.