IDW PR –  It’s no secret that Darwyn Cooke has garnered wide acclaim, including multiple Eisner and Harvey awards, adapting Donald E. Westlake’s world of Parker into graphic novels. But what should catch your attention today is that the acclaimed writer/artist is providing all-new illustrations for the classic Parker novels by Richard Stark (Westlake’s pen name), presented for the first time in a deluxe format. The series will be released in chronological order, and launch with The Hunter, the inaugural Parker story. Each book will contain 10 gorgeous paintings by Cooke, and, with the design and typography overseen by the renowned artist, this series promises to be a stylish tour-de-force. Parker: The Hunter, will be available 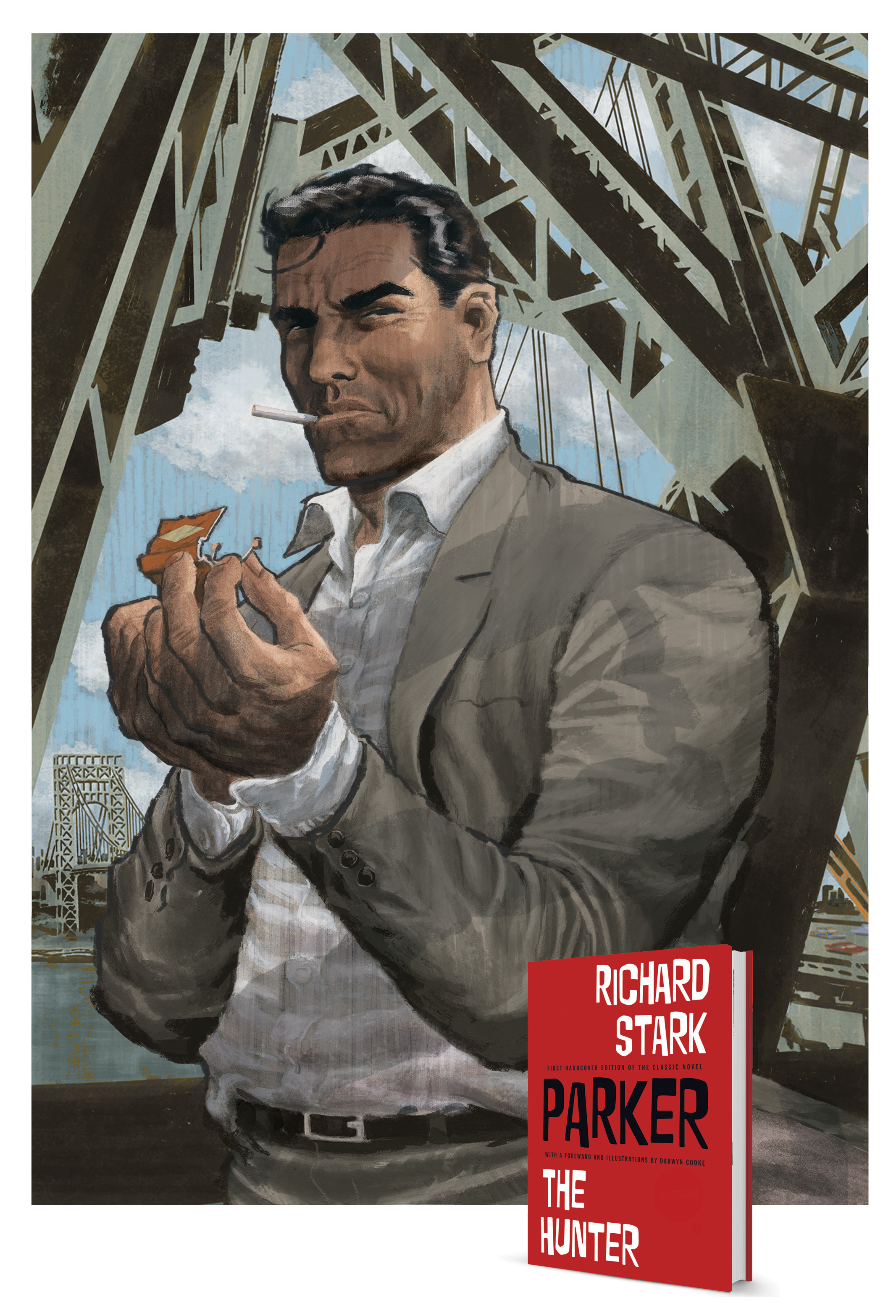 everywhere this June. But the debut of the book will come earlier as it makes a special advance unveiling on May 10th & 11that the Toronto Comic Arts Festival. Cooke, a special guest of the show, will be appearing both days to the sign the book, which features a unique dust jacket and signature plate. For more information please visit the TCAF website: http://torontocomics.com. “Adapting Donald Westlake‘s novels into graphic novel form has been incredible, a dream come true,” said Cooke, “and providing paintings that illustrate this seminal crime classic…well, it scratches a completely different kind of itch, but one just as creatively fulfilling.” The Hunter debuted in 1962. Stark’s resilientcreation would become one of the most influential American literary characters of the 20th century. The crime-infested world of Parker has been translated to the screen multiple times feature films like Point Blank,Payback, The Outfit and, most recently,                        One of the paintings in Parker: The HunterParker. Darwyn Cooke and IDW Publishinghave teamed up to release four graphic novel adaptations thus far: The Hunter, The Outfit and The Score. The fourth, Slayground was released in December 2013 to high praise and critical acclaim.

“I’m always amazed by Darwyn’s versatility as an artist,” said editor Scott Dunbier, “he brings something new to everything he does. His work on the Parker graphic novels is phenomenal, and so are the paintings he has created here for the prose novels, but they are also completely different from one another—which is a big part of the fun!”Lauded as a classic of the genre, The Hunter follows Parker on a cold-blooded mission of revenge. Betrayed by those closest to him, Parker sets out for retribution in a world of corruption, violence, and retribution. Whether you’re a fan of Stark, Cooke, or both, Parker: The Hunter will be an essential addition to any library this June. 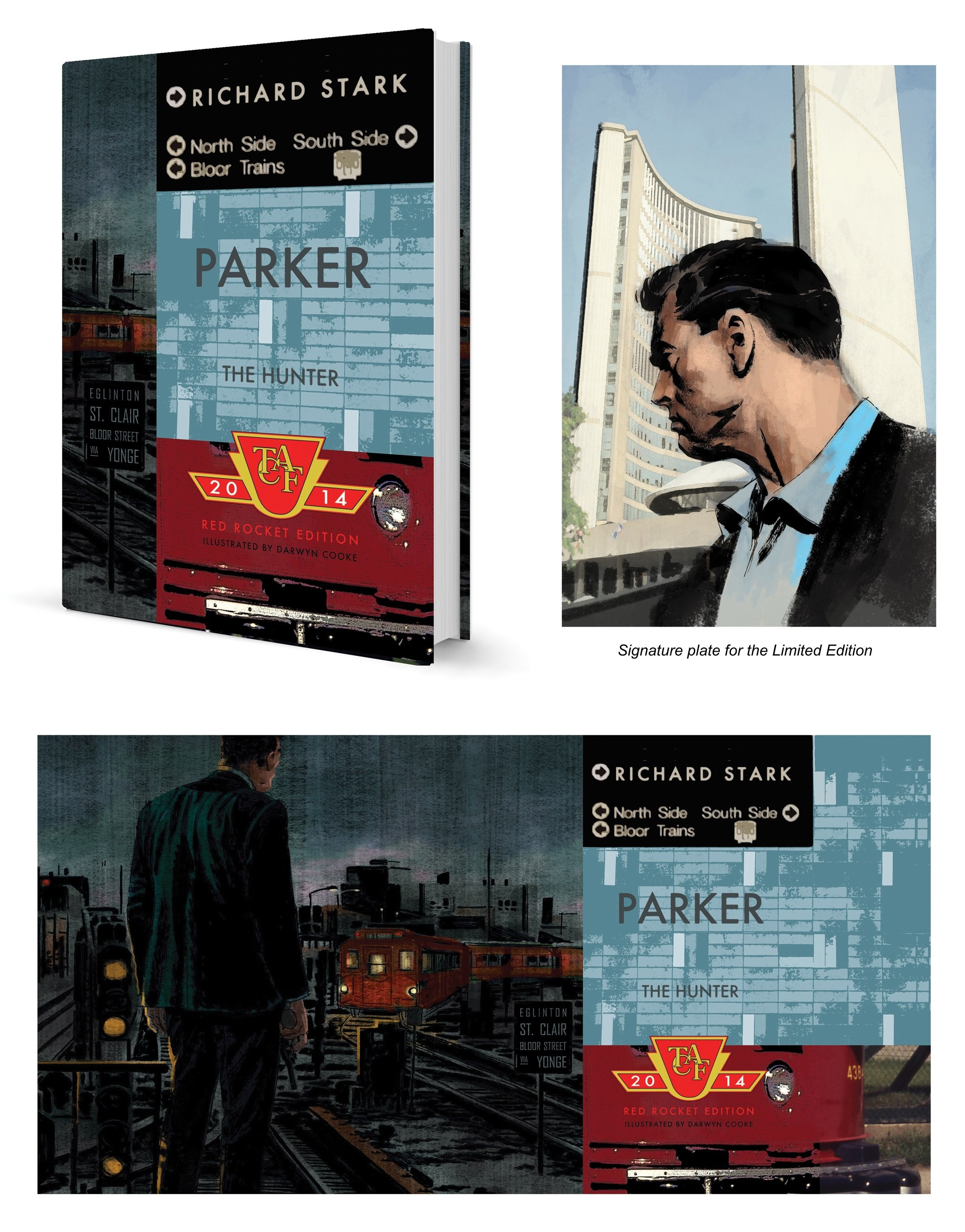